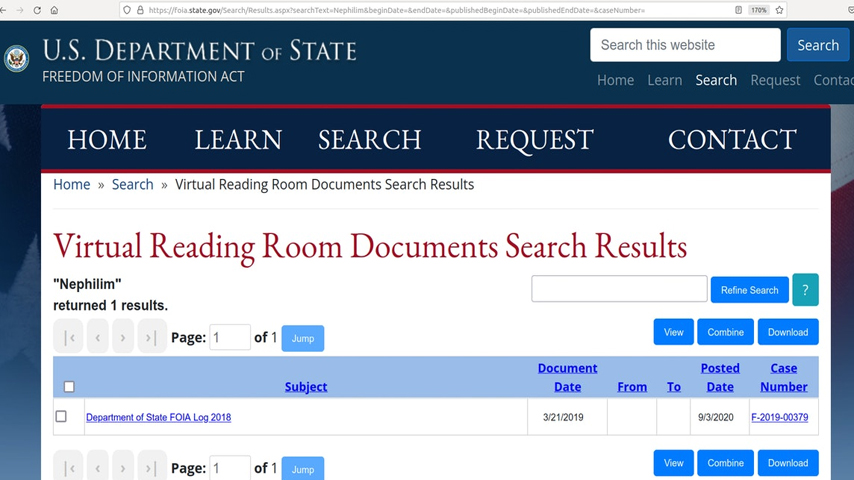 What is the connection between the Fallen Watchers, the Nephilim, CERN, and the coming Beast System?

by Lioness of Judah Ministry

“Now it came to pass, when men began to multiply on the face of the earth, and daughters were born to them,  that the sons of God (Hebrew Benai-Elohim) saw the daughters of men, that they were beautiful; and they took wives for themselves of all whom they chose.

There were giants (Nephilim הנפילים literally, “the fallen ones”) on the earth in those days, and also afterward, when the sons of God came in to the daughters of men and they bore children to them. Those were the mighty men who wereof old, men of renown.” – Genesis 6

Yes, you read it right. One of the emails in the US State Department’s FOIA release contains the following request:

“ Many prophecy scholars equate Nimrod with Gilgamesh, the hero of the ancient Sumerian creation story composed circa 2000 BC. Gilgamesh claimed to be two-thirds “god,” which seemed impossible until today, when babies are born every day with three parents (a process where one “parent” is a woman who donates her enucleated ovum as carrier for the DNA of the other two parents). But Genesis refers to Nimrod as a man who “began to be a mighty one in the earth” (Genesis 10:8 emphasis added).

The Hebrew word translated as “began to be” is khalal, which implies sexual profanity or genetic pollution—and a process. Nimrod was becoming a Gibbowr (mighty one), which is most often used when referring to giants. Nimrod most likely was a product of a profane mating of a fallen angel (god) and human. He is Apollo, Cernunnos, Abaddon, Osiris, and Horus, and he is returning as king of the locusts (hybrid fallen angels) from the pit! And CERN may be the stargate that will open this unholy portal very soon.” – Dr. Tom Horn

According to the Book of Enoch, referenced in the Bible, two hundred Watchers – rebellious sons of God descended on Mount Hermon during the days of Jared.

Mount Hermon – the “Fallen Watchers portal”, is where the United Nations base is strategically positioned.

What is the connection between the Fallen Watchers, the Nephilim, CERN, and the coming Beast System?

What’s really behind CERN’s interest in making contact with a parallel universe?

And they had a king over them, which is the angel of the bottomless pit, whose name in the Hebrew tongue is Abaddon, but in the Greek tongue hath his name Apollyon. – Revelation 9:11

As pointed out by Dr. Thomas Horn and “Into the Multiverse” host Josh Peck in the internationally-acclaimed books On The Path Of The Immortals and Abaddon Ascending, when the Large Hadron Collider (LHC) first started up on September 10, 2008, the director for research and scientific computing at CERN, Sergio Bertolucci, provoked a whirlwind of speculation with his enigmatic remark that the LHC might open a door to another dimension.

During a regular briefing at CERN headquarters, he told reporters, “Out of this door might come something, or we might send something through it.”[i] The notion of higher dimensional beings traversing such doorways conjures up the denizens of legend, orcs, ogres, elves, fairies, dwarves, and giants. A British military analyst later quipped:

We’re looking here at an imminent visit from a race of carnivorous dinosaur-men, the superhuman clone hive-legions of some evil genetic queen-empress, infinite polypantheons of dark mega-deities imprisoned for eons and hungering to feast upon human souls, a parallel-history victorious Nazi globo-Reich or something of that type.[ii]

While that was amusing, more serious researchers like Richard Bullivant had already connected the dots:

The most plausible explanation the next time Bigfoot or a lizard man or a flying dragon is sighted—or perhaps even a UFO ascending into the earth and disappearing into the side of a hill—surely has to be that it is evidence that portals to parallel worlds are serving as doorways where strange beings, vehicles and entities occasionally stumble into our universe—and sometimes we, in turn, stumble into theirs. Continue reading

We are literally living in the last days before the return of The Messiah.

The Book of Enoch and other ancient writings found in the Dead Sea scrolls present a detailed account of what was happening on the Earth before the Great Flood of Noah. They describe the Fallen Watchers’ assault on God’s Creation resulted in the genetic corruption of humans, animals, and plants.

The following videos by Timothy Alberino contain a summary of the Book of Enoch and The Book of Giants.

For we wrestle not against flesh and blood, but against principalities, against powers, against the rulers of the darkness of this world, against spiritual wickedness in high places. – Ephesians 6:12

History of Financial and Banking Cover-ups