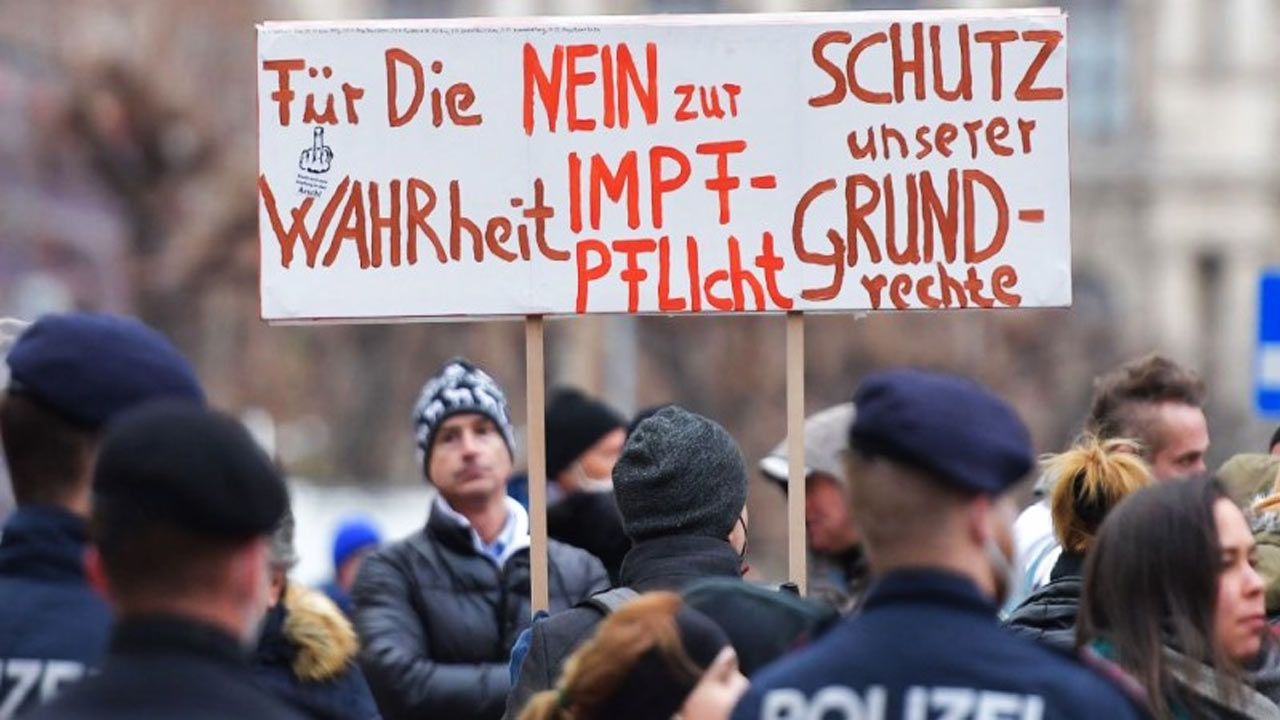 People in Austria who remain unvaccinated could find themselves imprisoned for a year, according to critics of an amendment to administrative law.

Susanne Fürst of the Austrian Freedom Party (FPÖ), which voted against the amendment, warned that it could be used to punish the unjabbed with much harsher sentences.

Given that Austrians who don’t get vaccinated by February face fines of up to €7,200 ($8,000) for non-compliance, those who refuse to pay would also face a 12-month jail sentence.

The amendment also orders people who are jailed to pay for their own imprisonment.

“If detention is carried out by the courts, the associated costs shall be recovered by the courts from the obligated party in accordance with the provisions existing for the recovery of the costs of enforcing judicial penalties,” it states.

Despite Fürst protesting that the amendment could be used to further punish the unvaccinated, the measure was approved anyway.

At the time it was announced, then Chancellor Alexander Schallenberg vowed to hit the unvaccinated with “penalties” if they still refused to get the jab while asserting that they should “suffer.”

Given that some technocrats are asserting that the vaccination program will never end, the initial one-year prison sentence for vaccine refusniks could be just the beginning.

Top CDC Official: “We’ll Just Get Rid Of All The Whites In The United States” Who Refuse Vaccines