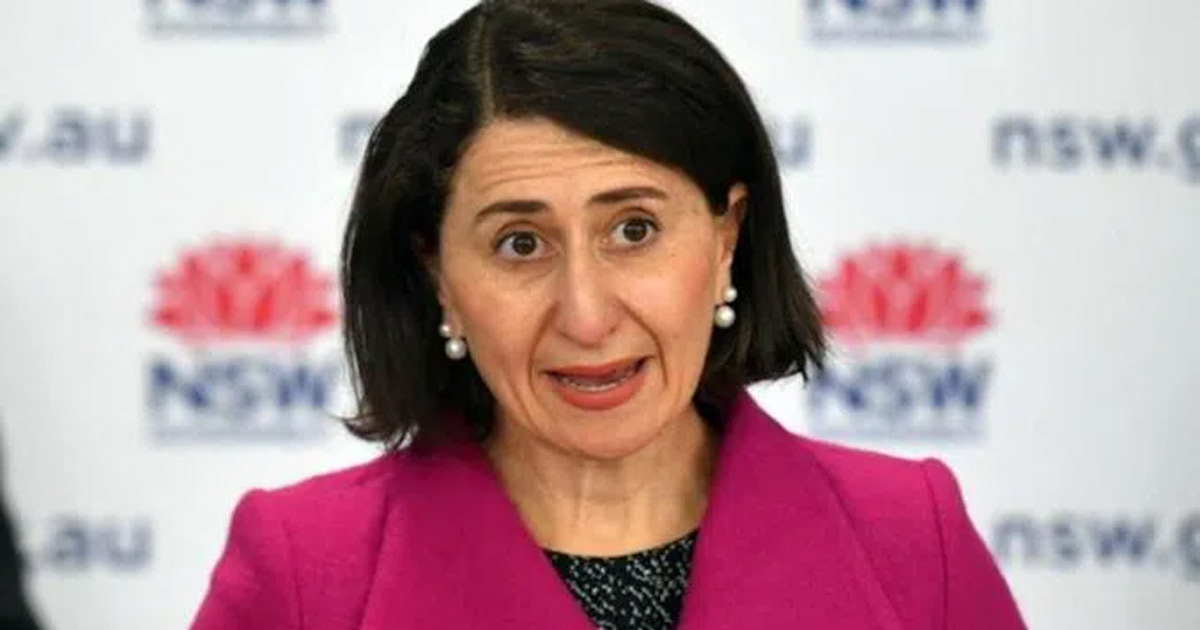 The Australian government has warned unvaccinated citizens that they will remain in a state of lockdown forever, while their vaccinated counterparts will get to enjoy some of their freedoms returning.

Summit. news reports: New South Wales officials unveiled a plan to slowly exit the region’s brutal lockdown, calling it a “roadmap to freedom,” although people who don’t take the vaccine won’t be included.

Once 70 percent of Australian adults have been vaccinated, people will be allowed to host up to 5 people in their homes if all are fully vaccinated (wow).

Up to 20 people will be able to gather outdoors and some domestic travel will be allowed.

"Living with COVID means you have a cautious and staged reopening."

Despite unveiling the state's roadmap out of lockdown for vaccinated residents, Premier Gladys Berejiklian says NSW is "not out of the woods".

However, unvaccinated people will remain under lockdown and will become second-class citizens in perpetuity, as Berejiklian proceeded to lecture them like little children.

“Living with COVID means you have a cautious and staged reopening once you get to those high rates of vaccination in your adult population,” said Berejiklian.

“We have obviously consulted the national plan, we’ve also had input from our health experts and stakeholders to make sure that when we start reopening at 70 percent double dose that it’s done in a safe way and it’s only for people who are vaccinated,” she added.

“So you have been warned! If you’re not vaccinated, come forward and get the vaccine otherwise you won’t be able to participate in the many freedoms that people have at 70 percent vaccination,” said Berejiklian.

Those who are fully vaccinated will still have to wear masks and Berejiklian said that the most draconian restrictions could be reintroduced at any time.

“People at 70 percent double dose will have freedoms but if there is a surge or unexpected things arise, the government will give advice that people in particular areas or towns may need to restrict their movements in the local government area as opposed to going all over the state,” she said.

The two-tier society will of course be enforced via vaccine passports, which will ban the unvaccinated from any kind of social life, and eventually from general purchases as the Communist Chinese-style social credit score rolls out in western countries.

Now you’re beginning to understand what Dr. Kerry Chant meant by the term “New World Order” when she said it.