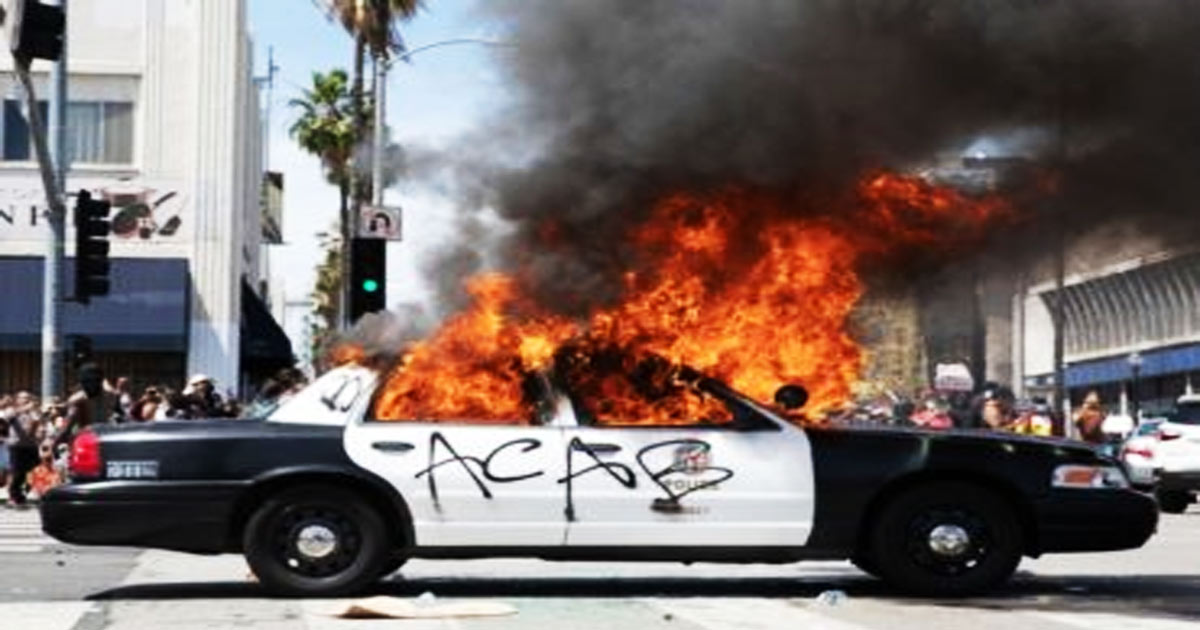 Washington and Lee class also has students write their own manifesto

A private university in Virginia will offer a freshman writing seminar this fall titled “How to Overthrow the State.”

The course at Washington and Lee University “places each student at the head of a popular revolutionary movement aiming to overthrow a sitting government and forge a better society,” according to its online course description.

Students will ponder questions such as how they will “attain power,” “communicate with the masses,” and improve people’s lives.

The course description said the class will “explore examples of revolutionary thought and action from across the Global South,” including from people such as Che Guevara, Mahatma Gandhi and “Franz Fanon.”

[The university is presumably referring to Frantz Fanon, a critical theorist and Marxist.]

The course promises to give students an opportunity to create their own manifesto and write a “persuasive essay on rewriting history and confronting memory.”

A campus spokesperson denied that the purpose of the class is to teach students to overthrow the state, however.

“This particular seminar is taught by an assistant professor of history with a specialty in modern Latin American history, a period during which a number of revolutions took place,” university spokesperson Drewry Atkins Sackett told The College Fix via email.

Matthew Gildner, an assistant history professor and the class instructor, did not respond to multiple emailed requests for comment from The College Fix in the past week.

Sackett said the title of this particular course is only there to attract students to the class. She said that the course stresses the significance of persuasive writing.

“Course titles are designed to attract the interest of entering students, but the courses themselves all stress and are focused on the importance of persuasive writing,” Sackett told The College Fix.

“The goal of the course is to teach students with an interest in history to write well and persuasively, not to overthrow the government.”

Sackett did not respond to a follow-up request for a copy of the syllabus and information on what students would read for the class.

“If the past few months have taught us anything it is that these are not just thought experiments happening in isolation on college campuses,” he told The College Fix via email through a Turning Point USA spokesperson.

“These ideas spill out onto the streets and they metastasize into very real terror and violence,” Kirk said.

“We should not be surprised by violence and looting in our streets, or calls to abolish whole swaths of law enforcement, when we ask students to plan their own governmental coups.”

Kirk argued that offering the class could lead to violence:

Whether or not this professor is intentionally promoting violence is unclear. What is true is that they are very much promoting violence, either intentionally or ignorantly. Hating America on campus has become fashionable and it will destroy this country if left unchecked…It is called tyranny and insurrection not education or scholarship.

Kirk called for President Donald Trump to withdraw federal aid to Washington and Lee University until the school ends and replaces the class.

“The president has the ability to pull federal funding and I believe he should until this class is gone, replaced by classes that promote a proper understanding of civics, Western Civilization,” Kirk told The Fix.

This would benefit students more than promoting a “bitter racist like Che Guevara who only sought to tear down and destroy.”

A Washington and Lee alumni group called the General Redoubts is also voicing concern about the course.

For one, a representative of the group said administrators should reevaluate the title of the course.

“The Generals Redoubt asks that the administration exercise this discretion by critically evaluating the title of the course,” the group wrote in an email to The College Fix.

In an email to their members, the group — which works to preserve the university’s heritage — also stated: “We can likely rest assured that Professor Gildner has no intention of training students to commit treason.”

“However, in today’s violent, politically charged climate that includes riots and deadly clashes between civilians, the administration’s decision to allow a course with such a name to appear in the course catalog raises serious questions about the judgment of those charged with developing the curriculum.”