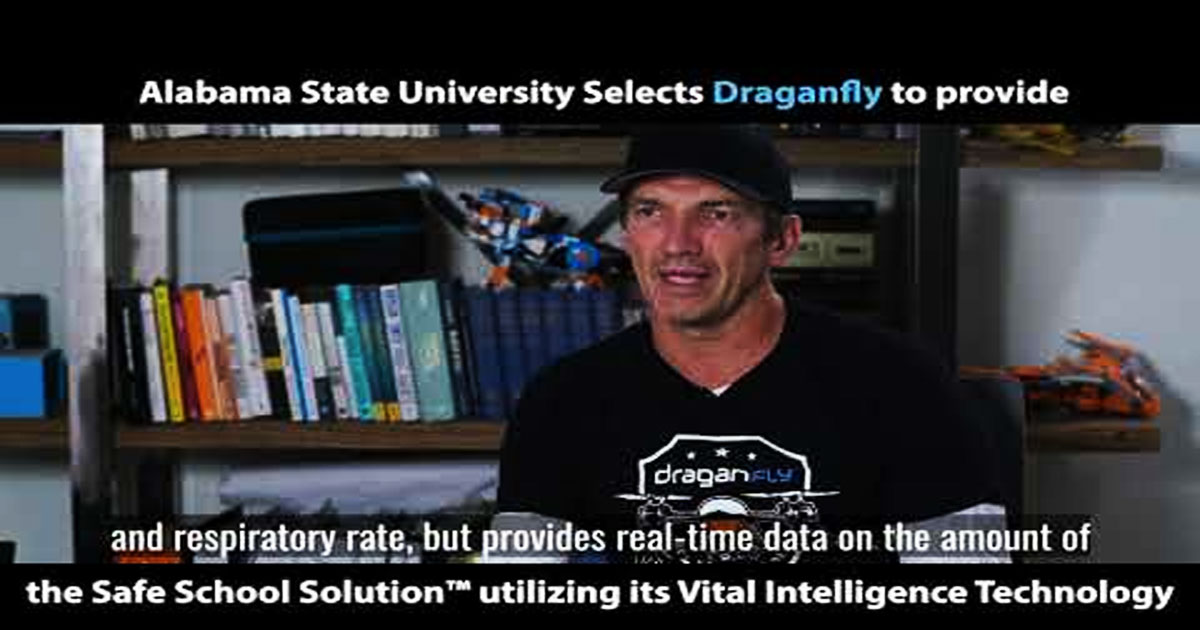 A recent AL.com article showed how the University of Alabama, in the name of public safety, is using DraganFly thermal imaging/heartbeat monitoring scanners to screen everyone entering their campus.

“ASU officials announced the plans at a news conference today and demonstrated the first station, set up in the John Garrick Hardy Student Center. The university, which resumed on-campus classes about two weeks ago, will buy five of the stations and place them in high-traffic areas on campus, ASU President Quinton Ross said.”

The article claims the readings are anonymous and only scan people’s faces for elevated heat temperatures.

“The readings are anonymous, the university said. The stations will provide ASU with data on the number of people screened, the number with elevated temperatures and vital signs and the time it took for each screening.”

Are the readings really anonymous? The Montgomery Advertiser’s story sheds some light on the types of data DraganFly scanners are collecting.

“The smart device is contactless, reads temperatures in about 30 seconds and requires only that individuals remove all face coverings, including glasses. No data is collected, and images are not stored.”

First of all, DraganFly does not call their scanners Smart Thermal Temperature and Smart Vital Signs Screening stations like AL.com claimed. Instead, DraganFly refers to them as “Vital Intelligence” scanners.

“Vital Intelligence is a data platform that turns an existing camera into a touchless symptom detection system, measuring vital signs and social distancing.”

Just how much ‘vital intelligence’ are DraganFly scanners collecting? A lot more than universities want the public to know.

“The proprietary system assesses temperature, heart rate, respiratory rate, and cough detection to clue you into visitors who might put other patrons at risk of infection.”

There’s the smoking-gun, even if DraganFly scanners and universities are not using facial recognition to identify people, they are collecting a persons’ biometric signature[s], like their heart and respiratory rates.

As the AL.com article mentioned, Big Brother’s insatiable appetite to scan and monitor everyone will expand to public schools.

“Alabama Senate Minority Leader Bobby Singleton said he would like to see the screening stations used in K-12 public schools to help allow the return of more classroom instruction, especially in areas like his district that have limited access to the virtual classes. Former state Sen. Gerald Dial of Lineville, who spoke at the news conference, also said K-12 schools could be using the technology to allow more in-person classes.”

Ask yourself what would happen if a person was flagged by DraganFly’s scanners and simply walked away? What if a person refused to be scanned by a DraganFly drone flying overhead attempting to scan them for ‘vital intelligence?’

Do you think the university or DraganFly’s scanners would send that person’s ‘vital intelligence’ to law enforcement and public health officials?

Despite what the public is being told, heartbeat/respiratory rate monitoring devices can be used to identify individuals. Why else would the Pentagon have developed the technology for U.S. special forces and why would DraganFly have used them on drones first?

“Cardiac signatures are already used for security identification. The Canadian company Nymi has developed a wrist-worn pulse sensor as an alternative to fingerprint identification.”

As The Economist pointed out “people can be identified at a distance by their heartbeat.”

The future of everyone’s privacy depends on people asking questions about thermal imaging/heartbeat monitoring technology and not assuming it does what the mass media and public officials say it does.

Is this technology really being used to keep the public safe or will officials use it as another tool to identify everyone? Only time will tell.

WEF hears about technology that allows your thoughts to be monitored

Globalists want to track your “individual carbon footprint” for total control over your travel, food and consumption of goods