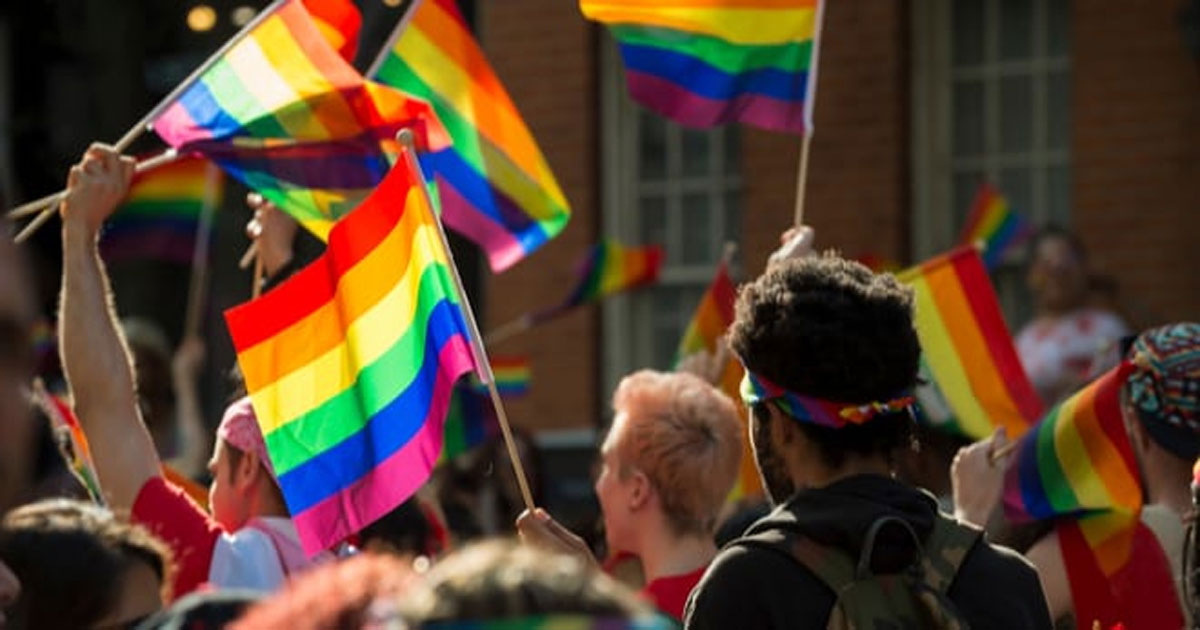 A newly released report from the United Nations Human Rights Council has adopted the left-wing narrative that normalized homosexuality and transgenderism. It also states that people who oppose this agenda are transgressing “international human rights law” and are guilty of “hate speech”.

In September,  Victor Madrigal-Borloz,  currently serving as the UN Independent Expert on Protection against violence and discrimination based on sexual orientation and gender identity, presented a report to the UN Human Rights Council.

The report marks the first time the United Nations has defined gender as a “social construct” and not an objective biological fact.

“Gender is a term used to describe a socio-cultural construct that ascribes certain roles, behaviors, forms of expression, activities, and attributes associated with biological sex characteristics,” the report claimed. “Under this definition, gender and sex do not substitute each other – they are autonomous concepts used to describe two different aspects of the human experience.”

“Gender identity refers to each person’s deeply felt internal and individual experience of gender, which may or may not correspond with the sex assigned at birth,” it read. “The notion that there is a gender norm, from which identities and expressions vary or depart, is based on a series of preconceptions that must be challenged if all humankind is to enjoy human rights.”

In the report, Madrigal-Borloz claimed a widespread and potent “backlash” against the “human rights advances” achieved in recent years by homosexuals and transgenders. Madrigal-Borloz blamed this backlash on a “steep rise in ultraconservative political leaders and religious groups using their platforms to promote bigotry, dehumanize persons…and foster stigma and intolerance among their constituencies.”

Madrigal-Borloz claimed that these “anti-gender” groups from the United States raised $6.2 billion between 2008 and 2013 and that these groups funneled $1 billion around the world to fight the rise of LGBT rights. The leading group on this list was the International Organization for Marriage which raised $247,000 in 2019.

It should be noted that Madrigal-Borloz’s report was funded by the Open Philanthropy, a coalition of leftwing foundations two of which – Ford Foundation and Arcus Foundation – have a combined $14.7 billion under financial management.

Madrigal-Borloz named the Catholic Church for its belief that “women are not equal but rather have complementary social roles.” Madrigal claims that this belief is a violation of international law concerning human rights.

He also aimed a similar accusation at the US laws that prohibit biological males from competing in sports against females.

He refers to these beliefs as “exclusionary narratives” that are a form of hate speech and violence.

Madrigal-Borloz calls on the UN Member States to “take decisive and concerted actions to counter exclusionary practices that threaten to undermine the international, regional, and national human rights and gender frameworks,” adding, “Practices of exclusion not in conformity with international human rights law must be treated accordingly including … by placing them under the legal framework for hate speech and hate crimes.”

While male homosexuality is explicitly forbidden by the Bible in several places (Leviticus 18:22, 20:13), transgenderism of both sexes is as well.

A woman must not put on man’s apparel, nor shall a man wear woman’s clothing; for whoever does these things is abhorrent to Hashem your God. Deuteronomy 22:5

Biblical scholars also base the prohibition on the implicit understanding of the Creation of Man:

And Hashem created man in His image, in the image of Hashem He created him; male and female He created them. Genesis 1:27

The UN report comes at an auspicious time. This week, Jews around the world are reading the section of the Torah that describes the angels from God entering the city of Sodom in order to warn Lot about its impending destruction. Though the city is described as overwhelmingly evil and worthy of punishment, its sin is not explicitly mentioned in the text. It can be implied, however, by the demand of the city’s men.

And they shouted to Lot and said to him, “Where are the men who came to you tonight? Bring them out to us, that we may be intimate with them.” Genesis 19:5

As the self-proclaimed representatives of the nations, the UN should be advocating for adherence to the Seven Noahide laws incumbent upon the 70 nations of the world. One of the laws prohibits mankind from engaging in sexual misconduct.