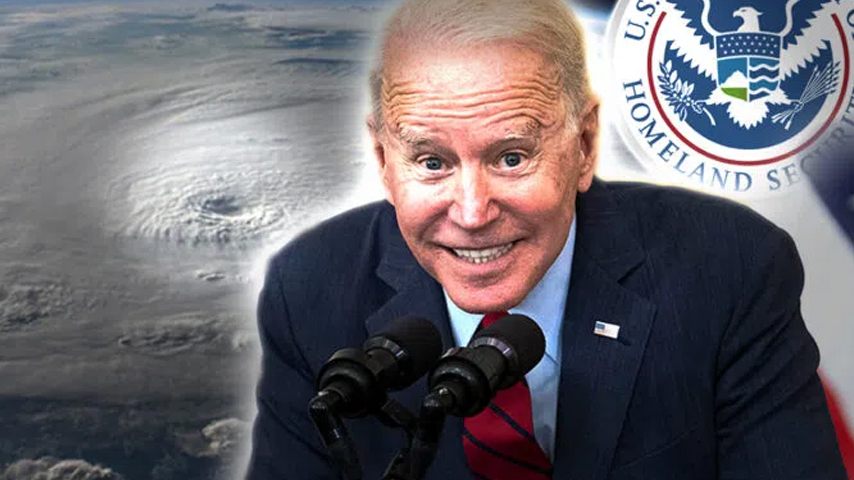 Hurricane Ian battered Florida and South Carolina and the federal government responded by saying Ian “ends discussion” about man-made climate change. But does it really? Or are there more nefarious forces at work here?

Hurricane Ian was a large and destructive Category 4 Atlantic hurricane. It was the deadliest hurricane to strike the state of Florida since the 1935 Labor Day hurricane.

More than 100 people were killed by the Category 4 storm, as rescue teams are conducting their final search for victims.

“There’s a lot going on, and I think the one thing this has finally ended is a discussion about whether or not there’s climate change, and [that] we should do something about it.”

While there can be no doubting the scale of the carnage wrought by Hurricane Ian, does Hurricane Ian really “end discussion” on the contentious issue of climate change?

Educator and activist Peggy Hall has unearthed US government documents from over 50 years ago showing that reveals the government has admitted to manipulating hurricanes and forest fires for its own benefit.

The bombshell information was unearthed by Hall in a paper published by General Electric titled History of Project Cirrus from 1947 to 1952, which was a study of how cloud particles and cloud modifications can affect hurricanes.

Why would the government attempt to manipulate the weather? Hall says the purpose of government hurricane and forest fire manipulation is to instill fear, and uncertainty and inflict hardship on certain population centers, with the purpose of gaining control over people by using FEMA and federal funding.

It turns out that the practice of seeding clouds with silver and lead iodide is nothing new.

During the Vietnam war, the US military conducted geoengineering weather modification as a strategy to muddy the supply roads on the Ho Chi Minh trail by causing it to rain with cloud seeding.

The chemical weather modification program was conducted from Thailand over Cambodia, Laos, and Vietnam and was allegedly sponsored by the then Secretary of State Henry Kissinger and the CIA.

Then in 2017, the mainstream finally caught up with so-called “conspiracy theorists.”

Weather manipulation jumped from “conspiracy theory” into mainstream reality as Congress held its first hearing on “Geoengineering,” with the U.S. House Subcommittee on Environment and Subcommittee on Energy Hearing discussing how the government secretly controls the weather.

All of which raises, the question, why is the government modifying the weather? Using cloud seeding to gain an advantage over a foreign enemy is one thing, but modifying hurricanes and forest fires in the US is another thing entirely.

America has been battered by hurricanes in the last few years and forest fires have become an existential threat for those living in certain parts of the country.

Now that we know the government has admitted they control hurricanes and forest fires, we deserve to know what exactly they are doing with these powers.

Because, reading between the lines, it sounds like the Biden administration is using hurricanes and forest fires to build the case for punishing climate change solutions including carbon taxes, rolling climate lockdowns, and a “Green Sabbath.”

Of course, the proposed “solutions” to the “climate crisis” are nothing less than tools to achieve absolute control over humanity.

In a recently unearthed video, Bill Gates admits to his inner circle that “clean energy” is a scam and doesn’t fix the climate crisis.

The past two years have been a checklist for the worst impulses of authoritarian far-left governments and the public are growing wise to the ruse. COVID allowed for supposedly temporary measures to morph into two years of “emergency” restrictions.

According to those in the know, COVID was only the warm-up and another proclaimed crisis is set to be the main event.

All the signs are pointing toward climate change being the crisis.