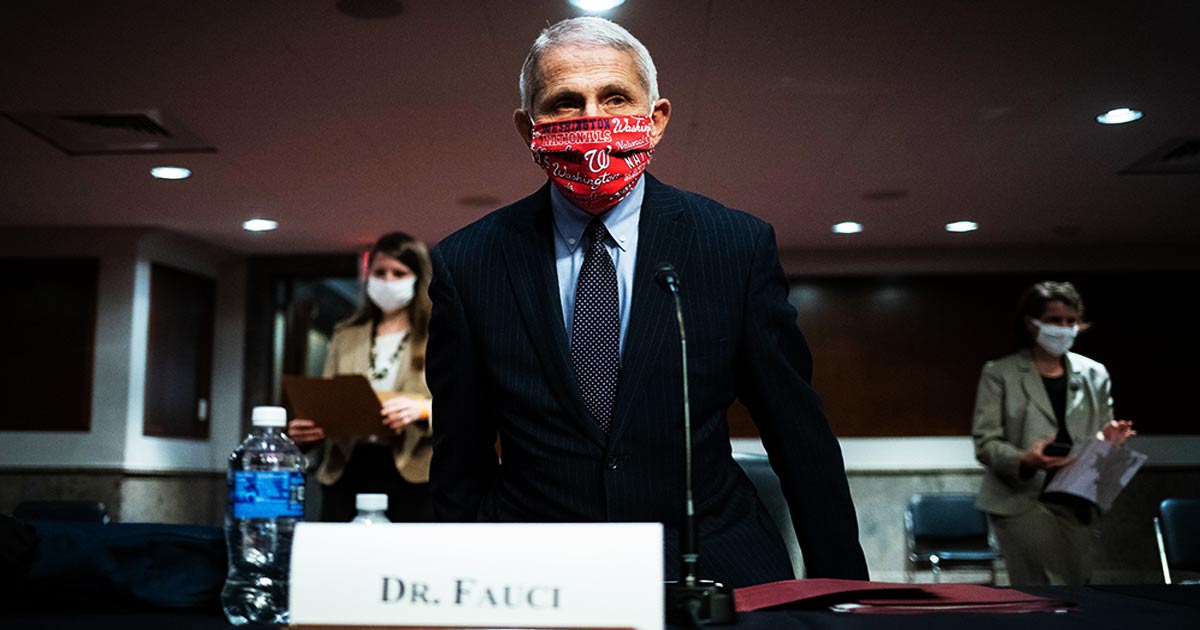 For many years, the American foster care system in partnership with Child Protective Services (CPS) has been kidnapping children and, in many cases, handing them off to government swamp agencies that use these little ones as human guinea pigs to test experimental drugs and vaccines without consent. And all this time Anthony Fauci has been overseeing these heinous human rights abuses, allowing and even facilitating them to occur under his seemingly endless reign.

An in-depth report put together by Brian Shilhavy from Medical Kidnap outlines the disgusting history of foster child experimentation in our country that has been taking place for at least the past four decades, revealing how Fauci and other prominent names, many of whom are still in their positions even under President Donald Trump, continue to abuse foster children left and right in the name of promoting “public health.”

Because foster children do not have parents around to vie for them and protect their interests, evil entities in government see them as easy targets to be exploited for political and financial gain. In states where cannabis is still “illegal,” as one prominent example, children can be taken from their parents following “drug” charges, and given over to the state which does with them as it sees fit, often subjecting them to Big Pharma experimentation.

“Organizations that advocate for the rights of parents to make decisions regarding their children’s healthcare are finding that foster children in CPS custody are being enrolled in drug experiments without parental approval,” Medical Kidnap reported back in 2015, linking what was brought to light back then to what is now occurring with the new experimental vaccines for the Wuhan coronavirus (COVID-19).

“State Child Protective Services are enrolling children in drug experiments without parental approval or court orders. However, those who conduct these drug experiments for pharmaceutical companies, and those who are charged with monitoring such research, do not see a problem with their recruitment methods.”

Back in 2005, a hearing was held by the U.S. House of Representatives entitled, “Protections for Foster Children Enrolled in Clinical Trials,” which looked at whether or not adequate safeguards were in place to protect foster children from being exploited in such a manner. They looked specifically at clinical trials on AIDS drugs that were conducted beginning as far back as the 1980s, and that lasted through at least 2001. What was uncovered, but not actually dealt with, included evidence of malfeasance against innocent children who were none the wiser as to what was going on, and powerless to defend themselves against it even if they did.

How Fauci fits into all this is that he was in charge of the National Institute of Allergy and Infectious Diseases (NIAID) back then just like he still is today. And the NIAID, in partnership with the pharmaceutical industry, was exposed as having exploited hundreds of foster children from the Incarnation Children’s Center (ICC) in New York City, as well as from elsewhere, by subjecting them to experimental AIDS vaccines that never actually came to market.

“Years later in separate investigations – 13,878 children were discovered to have been made subject of the same fate during the 1980s and 1990s in six other states: Illinois, Louisiana, Maryland, North Carolina, Colorado and Texas,” Medical Kidnap further reported about similar foster child experimentation rings that were uncovered elsewhere in the country.

This type of thing is eerily similar to what took place back in Nazi Germany under Adolph Hitler and his “Angel of Death” officer and physician Josef Mengele who, just like Fauci is doing today, experimented on innocent children by giving them dangerous, untested drugs without consent.

Investigative journalist Liam Scheff is credited with exposing much of this back in 2004, and more details have since come to light implicating the medical deep state for committing many other heinous atrocities against innocent children. And once again, Fauci has long overseen and allowed it to happen, just as he is still doing today with the push for new experimental Wuhan coronavirus (COVID-19) vaccines.

Some in Congress have tried to address the issue and supposedly root it out of the system, but to no avail. It still persists today, and the very same people who engaged in these crimes against humanity in the past are doing so once again thanks to large cash infusions from the Trump administration.

The moral of the story is that, despite all of his “drain the swamp” rhetoric, Trump has done very little to put a stop to this madness. While he is limited by constitutional bounds that govern his role, he does have the power to get rid of these swamp creatures in his administration and stop hiring new ones, which begs the question: When will he finally start doing this?

“It looks a lot like the same play book, only this time it is on ‘Warp Speed’ for fast-tracking, and instead of using fresh fetal tissue to create ‘humanized mice’ they have the FDA’s approval to conduct trials directly on humans, with no animal testing first … What will be the results?”