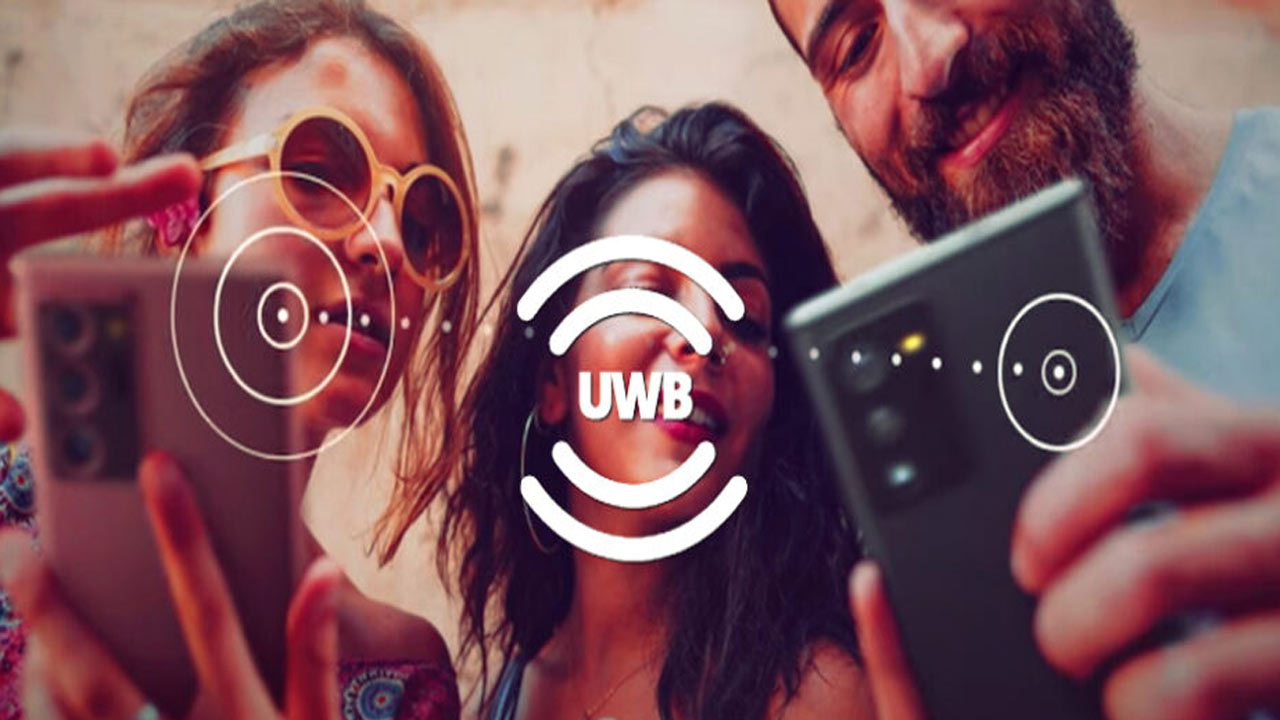 Like Bluetooth and Wi-Fi, ultra-wideband (UWB) is a short-range, wireless communication protocol that operates through radio waves. But unlike its counterparts, it operates at very high frequencies — a broad spectrum of GHz frequencies — and can be used to capture highly accurate spatial and directional data.

In order for something like the Mark of the Beast to function well and be effective as it’s allowing you access to global ‘buying and selling’, it’s going to take a superior wireless technology to power it. The internet and social media didn’t really come into its own until broadband internet was available to most people. Remember when downloading a 5MGB file was an occasion to leave, get a cup of coffee and come back? I sure do. Now no one bats an eye sharing 100MGB videos through standard text messaging. Ultra-Wideband Technology is going to be a paradigm shift in how we use not only the internet but the internet of things.

“Now therefore be ye not mockers, lest your bands be made strong: for I have heard from the Lord GOD of hosts a consumption, even determined upon the whole earth.” Isaiah 28:22 (KJB)

One of the main agendas of the COVID lockdowns was to drive the bulk of the world’s workforce into virtual meetings and conversations and to mentally prepare people for avatar-based interactions. The spirit of Antichrist is working to separate and isolate people, driving them into the Metaverse which already exists on many levels. Social media is a mission field, and that’s exactly how we use it here at NTEB, but that will not be true of the Metaverse. The Metaverse and the Mark will go hand in hand, pun intended, and you would be wise to have nothing to do with it. Ultra-Wideband Technology will be yet another enticing “this makes my life so much easier” moment, but at what cost? Now you know, go tell someone else.

What is ultra-wideband, and how does it work?

FROM SAMSUNG: Think of UWB as a continuously scanning radar that can precisely lock onto an object, discover its location and communicate with it. UWB is set to unlock a whole range of new consumer and enterprise applications. It has already been incorporated in Samsung’s Galaxy S21+ and S21 Ultra 5G and is now in the new Galaxy Z Fold3 5G. It is also likely to feature on a wider array of computing devices and internet of things (IoT) peripherals.

How does UWB work?

Once a UWB-enabled device like a smartphone, smartwatch, smart key or tile is near another UWB device, the devices start “ranging.” Ranging refers to calculating the time of flight (ToF) between devices: the roundtrip time of challenge/response packets. Using larger channel bandwidth (500MHz) with short pulses (two nanoseconds each), UWB achieves greater accuracy. The UWB positioning process instantaneously tracks the device’s movements in real-time. In doing so, UWB-enabled devices can understand both motion and relative position.

According to NXP, which produced the UWB chipset featured in the Galaxy Note20 Ultra 5G, UWB delivers greater accuracy in line-of-site (LoS) and strong localization in non-line-of-sight (nLoS) scenarios — and is capable of managing environments in which numerous walls, people and other obstacles would typically block these signals. Using angle-of-arrival (AoA) technology, the real-time accuracy of UWB measurements provides highly precise device location services at the centimeter level. Not only that, but UWB devices can also determine whether an object is stationary, moving closer or moving away.

FACED WITH FIGHTING A GLOBAL PANDEMIC THAT SHOWS NO SIGNS OF LETTING UP, ORGANIZATIONS IN MULTIPLE VERTICALS ARE BEGINNING TO USE SHIRT-DISTANCE, LOW-POWER ULTRA-WIDEBAND (UWB) RADIO TECHNOLOGY TO POWER THEIR SOCIAL DISTANCING AND CONTACT TRACING OPERATIONS TODAY. READ MORE

For example, UWB-enabled systems know if you’re approaching a locked door and can determine if you’re inside or outside the doorway. They can also decide whether the lock should be engaged when you reach a specific position. In a real-world scenario, UWB could open the garage as your car approaches and unlock the door to your house as you near the entryway.

How is UWB different from Wi-Fi and Bluetooth?

UWB also operates in a separate section of the radio spectrum, away from congested bands clustered around 2.4GHz. What’s more, UWB can coexist with other popular wireless technologies like Wi-Fi, Bluetooth and near-field communication (NFC).

One of UWB’s most significant advantages is the added portion of the physical layer (PHY), used to send and receive data packets. With this layer, currently being specified in IEEE 802.15.4z, a critical security extension not available in other technologies can be leveraged, allowing for security techniques such as cryptography and random number generation that deter attackers from accessing UWB communications.

What can we expect from UWB in the future?

UWB is still a new technology, and the companies working on it are just getting started. The FiRa Consortium, of which Samsung is a member, has been focused on promoting the adoption of UWB technology and advancing updates to the UWB standards and certification programs to ensure interoperability.

There are already a few exciting applications in the Samsung Galaxy lineup that leverage UWB. For example, the new Nearby Share app for device-to-device file transfers is enhanced by the use of UWB. By simply pointing your phone at another UWB-equipped device, Nearby Share automatically lists that device at the top of your sharing panel.

Samsung has also integrated UWB into its SmartThings Find application. Using augmented reality (AR) and intuitive directions, you can precisely locate other UWB-equipped devices. And as Samsung announced at its January 2021 Unpacked, the new Galaxy SmartTag+ will feature UWB and can attach to almost any item, so you can even track belongings that don’t have their own built-in connection.

“Thanks to UWB and AR finder, the Galaxy SmartTag+ will help you locate your belongings with unprecedented accuracy by guiding you to their location,” explained Elizabeth Lindstrom from Samsung’s Global Direct to Consumer Center.

With these UWB-enabled smartphones, you can also use an AR finder to drop virtual messages that let other Galaxy smartphone users know you need help searching for a lost item. READ MORE

The Future is Ultra-Wideband

Ultra-wideband (UWB) has the potential to change the way we live and work. Its ability to pinpoint people and things within just a few centimeters makes it 100 times more accurate than current location technologies, like Bluetooth Low Energy or WIFI.