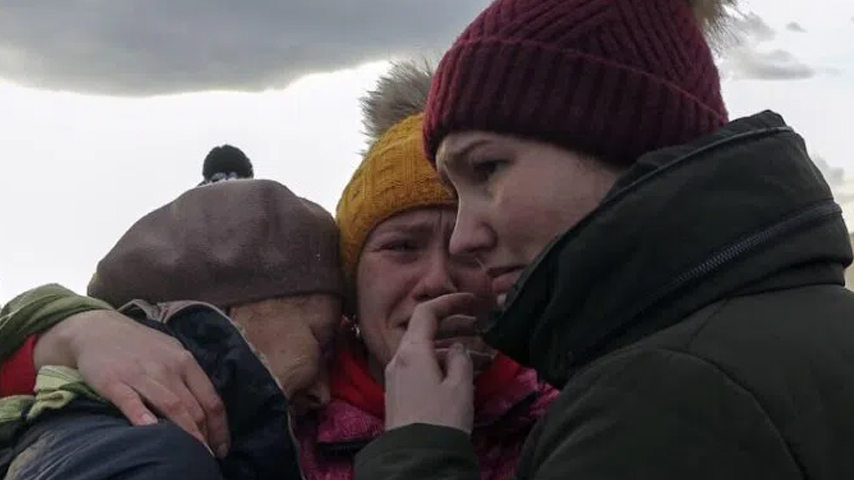 The Ukrainian military is reportedly using women and children as “human shields” in their fight against Russia, according to shocking eyewitness accounts.

Dozens of disturbing video testimonials have emerged over the past few days alleging that Ukrainian soldiers, including the Neo-Nazi group Azov Battalion, have been setting up offensive military positions within civilian areas to launch attacks on Russian troops – using the citizens, including women and children, as “human shields” by guaranteeing return fire will hit civilian areas.

Thegatewaypundit.com reports: This deplorable tactic is the same one that was used by Jihadists in Iraq and Afghanistan that results in unnecessary civilian casualties.

Hat tip to Twitter user John Sinmiedo, aka. @youblacksoul, who compiled a mega-thread of video interviews from recent days.

Mariupol residents: Ukrainian army threw us out of our homes to take firing positions, old people and kids. They locked families in the basements and abandoned them. The Russian troops rescued us, they are our brothers. pic.twitter.com/m58lfcs6OX

More witnesses from Mariupol. Azov Batallion positioned artillery on their back yards, hide the openings of green corridors from civilians, throw people out of their buildings to position troops. The authorities of the city where actively collaborating with Azov war crimes. pic.twitter.com/dp0iIuYXT8

Ukrainian refugees also claimed that the reports of safe passage zones are all a lie. Apparently, Zelensky’s forces have stopped providing transportation out of the country.

Ironically, it’s actually the Russians who are providing more humanitarian assistance than the Ukrainian troops, according to some who finally made it out of the conflict zone.

There were also some refugees who claimed that Ukrainian troops were threatening to shoot anyone who attempted to flee the area, which, according to two separate witness accounts, has already begun happening. However, this is still unconfirmed.

More witnesses from Mariupol saying that Azov Batallion executed civilians trying to find a way out of the city. pic.twitter.com/CMdcKyGhsb

If Ukrainian armed forces are truly doing this to their own people, then Zelensky needs to be questioned about “war crimes” right along with Putin.