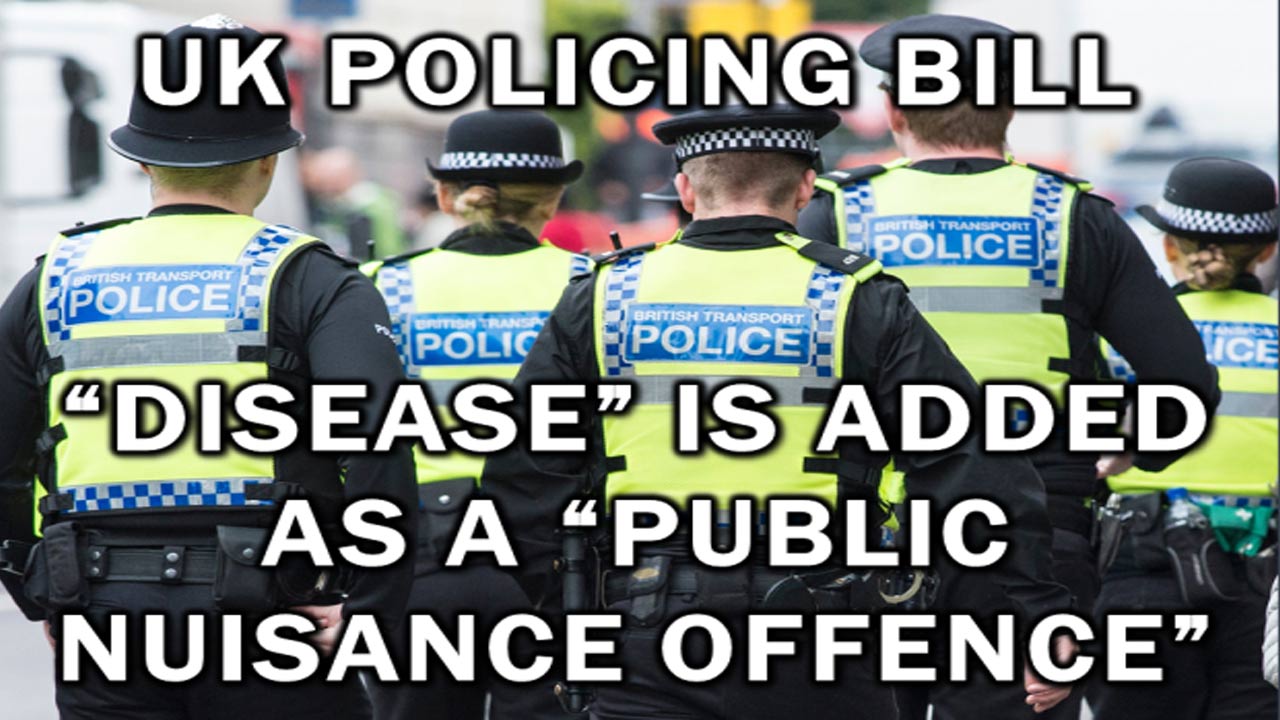 The Police, Crime, Sentencing and Courts Bill has been sponsored by Baroness Williams of Trafford and Dominic Raab MP.  It has been passed by the House of Commons and read twice in the House of Lords.  The new “public nuisance offence” is noted under section 61 (2).

Earlier today Big Brother Watch raised the alarm in a Twitter post: “This will be used to arbitrarily arrest protesters and violate civil liberties. It must be removed from the Bill.”

Big brother Watch continues their Twitter thread with two videos from the House of Lords: Baroness Jones and Lord Paddick.

“Baroness Jenny Jones discusses the problems with this provision in the context of the last 18 months.”

“Although the provisions under which the Sarah Everard vigil was done have been repealed, this appears to be an attempt to reintroduce them.” – Lord Brian Paddick

“The measures in the Police, Crime, Sentencing and Courts Bill will improve the police’s ability to manage such protests, enabling them to balance the rights of protesters against the rights of others to go about their daily business, and to dedicate their resources to keeping the public safe,” the UK government noted on their website in July, and will “replace the existing common law offence of public nuisance with a new statutory offence as recommended by the Law Commission in 2015.”

4.5 Will protesters face 10-year sentences for being a nuisance?

The public nuisance offence is not a new offence, but an existing, centuries old, common law offence which currently has a maximum sentence of life imprisonment.

We are introducing the offence in statute, and abolishing the common law offence, in line with the recommendations of the independent Law Commission. In doing so, we are narrowing the scope of the offence and lowering the maximum penalty from unlimited crown court penalties, to 10 years’ imprisonment.

The offence of public nuisance covers behaviours beyond those related to public order. The Law Commission identified the need for this offence as “Human inventiveness being so great, it is desirable to have a general offence for culpable acts that injure the public but do not fall within any of the specialised [existing] offences.”

Any protesters found guilty of public nuisance are likely to face penalties in line with existing sentences for public order offences.

Stricter sentences under this offence are likely to only occur in exceptional circumstances, the Law Commission recommended “as the offence is intended to address serious cases for which other offences are not adequate, if a maximum sentence is set it should be high enough to cover these cases.

Sentencing in individual cases is a matter for the independent judiciary.

“Members of the House of Lords voiced the anger of the amendments late addition to the bill, which has already been voted on by MPs, and campaigners accused the government of trying to bypass parliamentary scrutiny. New powers to stop and search protesters and make ‘locking on’ a crime added to the controversial policing bill,” the Independent reported.

However, the Independent and other corporate media have chosen to focus on “noise” and the recent protests blocking roads, avoiding alerting the public that “disease” had been added as “an act or omission” that “causes serious harm” to another.