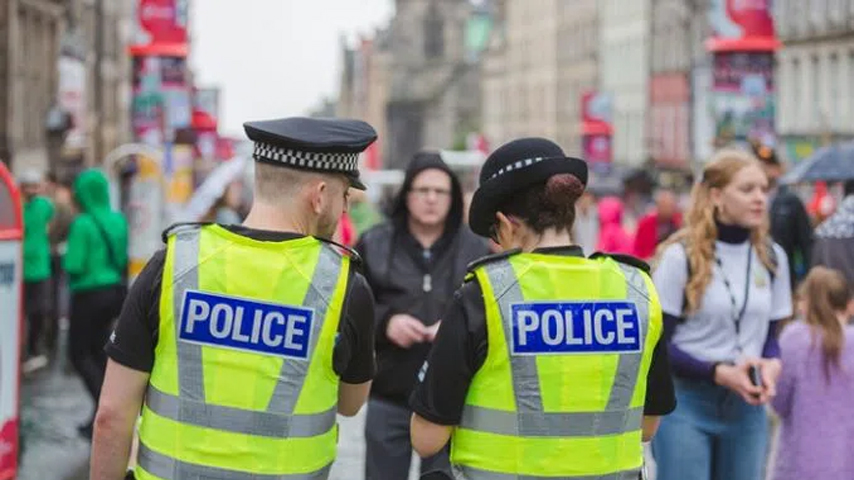 UK Police are being told not to call people ‘sir’ or ‘ma’am’, but to use ‘gender-neutral’ forms of address instead.

They have been ordered to use ‘inclusive’ alternatives like ‘all’, ‘colleagues’, ‘folks’ and is part of training for LGBT+ support officers in forces according to materials uncovered by the Mail On Sunday using Freedom of Information laws.

RT reports: Titled ‘How to Be LGBT+ Friendly’, the materials urge cops to “avoid making assumptions about a person’s sexual orientation or gender identity” and suggest using terms like ‘you’, ‘everyone’, and ‘all’. In order to reinforce the training, one exercise asks officers to speak about their husband or wife without using gendered terminology.

It’s not clear how many cops are forced to undergo such training, though Hertfordshire Constabulary told the Mail 26 of its officers had been trained with their colleagues from Bedfordshire in December. The force praised the training, insisting that “encouraging small actions by our LGBT+ liaison officers, such as using gender-inclusive language, can go a long way in helping to gain the LGBT+ community’s trust.”

However, Hertfordshire MP and Tory chairman Oliver Dowden suggested officers could better gain the community’s trust by solving crime, “not wasting time trying to condition officers who extend a basic courtesy to the people they serve.”

It’s not just cops who are being conditioned to rout out gender from their speech patterns. The upper chamber of Parliament has been warned off using so-called offensive terms like ‘man-made’, ‘the common man’, and ‘manpower’, according to an ‘Inclusive Language Guide’ obtained by the Daily Mail On Sunday.

The speech police appear to lack a sense of irony, given that the chamber itself sports the decidedly masculine name ‘House of Lords’. Historian Andrew Roberts lamented that such “ultra-wokery” and “ludicrous faddism” had hypocritically infested the chamber, mockingly demanding to know: “Why isn’t it renaming itself the House of Lords, Ladies, and Self-identifying Transsexual Peers?”

The language guide vaguely resembles the training given to police, warning MPs to avoid such common phrases as ‘ladies and gentlemen’ or ‘guys’ when addressing a group of people and warning that what was once considered ordinary human speech is increasingly seen as hurtful.

And like the police guide, the House of Lords’ inclusive language orders have rankled those who believe the chamber’s resources would be better spent cleaning up its act regarding “excessive expenses, running a club for used-up party hacks and failed politicians, and the contempt for democratic processes and the public evidenced by all too many peers during the Brexit debates,” University of Exeter history professor Jeremy Black told the Mail.

A spokesperson for the House of Lords defended the inclusivity initiative, explaining that “Parliament strives to be an inclusive workplace where people are valued for the skills and experience they bring. Part of this is providing guidance and information to staff and line managers on inclusivity on an advisory basis.”

And some felt the chamber hadn’t gone far enough. “I’m all for taking the ‘man’ out of everyday language – not just in the House of Lords, but in all workplaces,” feminist campaigner Kathy Lette declared.