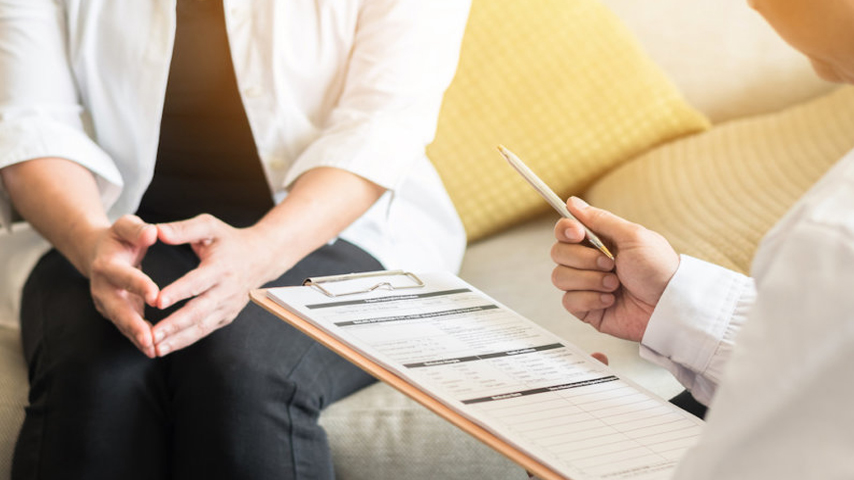 It has been a truly weird experience to watch women being pushed, inch by inch, out of spaces once reserved for them as the transgender movement advances through the culture. In order to ensure that men claiming to be women feel at home in their farcical appropriated womanhood, an entire dictionary of terminology has sprung up to replace the word “woman” and any other word that might indicate that women are … well, women. Thus, we now have “birthing persons.” “Pregnant people.” Women are “menstruators.”

Feminists have been forced to watch their erasure with some measure of horror — but if they protest, they are told they are TERFs (Trans-Exclusionary-Radical-Feminists, which means feminists who do not consider biological men in dresses to be their sisters) and shouted down — sometimes with violence, almost always with ugly threats.

And so it continues. In the UK, where gender ideology spread faster than Covid, the official advice on the websites of the National Health Service (NHS) has begun to excise the word “women” wherever it can be found. According to reportage by the Daily Mail, it is now “missing from the landing pages of three sections explaining cancers only found in biological women.” Information concerning ovarian, womb, and cervix cancers has been disassociated with “women” — despite the fact that only women suffer from these cancers.

Originally, the NHS website on ovarian cancer stated the following: “Ovarian cancer, or cancer of the ovaries, is one of the most common types of cancer in women … Ovarian cancer mainly affects women who have been through menopause (usually over the age of 50), but it can sometimes affect younger women.” In January, however, these lines were quietly changed to: “Anyone with ovaries can get ovarian cancer, but it mostly affects those over 50.”

Those women, presumably. But we mustn’t upset the dudes in drag playing make-believe, because that would be very insensitive. This might seem like a silly argument over a few edited sentences, but the Mail noted that experts have warned that “the change could actually be dangerous for women by over-complicating health messaging.”

The NHS, which has defended its changes as an attempt to make its public information “as helpful as possible to everyone who needs them,” also changed its website on womb cancer, which initially stated that: “Cancer of the womb (uterine or endometrial cancer) is common cancer that affects the female reproductive system. It’s more common in women who have been through menopause.”

These lines were removed in October, and “women” are no longer mentioned.

On the NHS’s website on cervical cancer, it recently stated that: “Cervical cancer develops in a woman’s cervix (the entrance to the womb from the vagina). It mainly affects sexually active women aged between 30 to 45.” The term “woman” was once again removed, and a diagram of a vagina, cervix, and womb contains no reference to women, either—a nod to trans activists who insist that these reproductive systems can be found in men as well as women.

Dr. Jenny Gamble of Coventry University, who is an expert in midwifery, condemned the changes in a statement to the Daily Mail:

The trend to avoid using the terms woman and women is unhelpful. It is a well-established principle of communication that the sex of individuals should be made visible when relevant and should not be made visible when not. This ensures that sex-related needs and issues are not overlooked. In health communication the target group should readily be able to determine that the information applies to them. In relation to ovarian cancer, using the terms women and woman, in a sexed sense, is relevant as ovarian cancer only affects women.

These changes are just the latest example of the ongoing colonization of the NHS by the transgender movement—recently, NHS hospitals have spent hundreds of thousands of pounds on gender-neutral bathrooms, and midwifery students as Edinburgh Napier “were being taught biological men could get pregnant and trans men could give birth even if they have a penis … In a coursebook that has since been revised, trainee midwives were given detailed instructions on how to treat a male-to-female trans person during childbirth.”

That’s impossible, of course, just as it is impossible for a man to give birth or contract cervical cancer. But none of that matters — only the feelings of trans activists matter now.