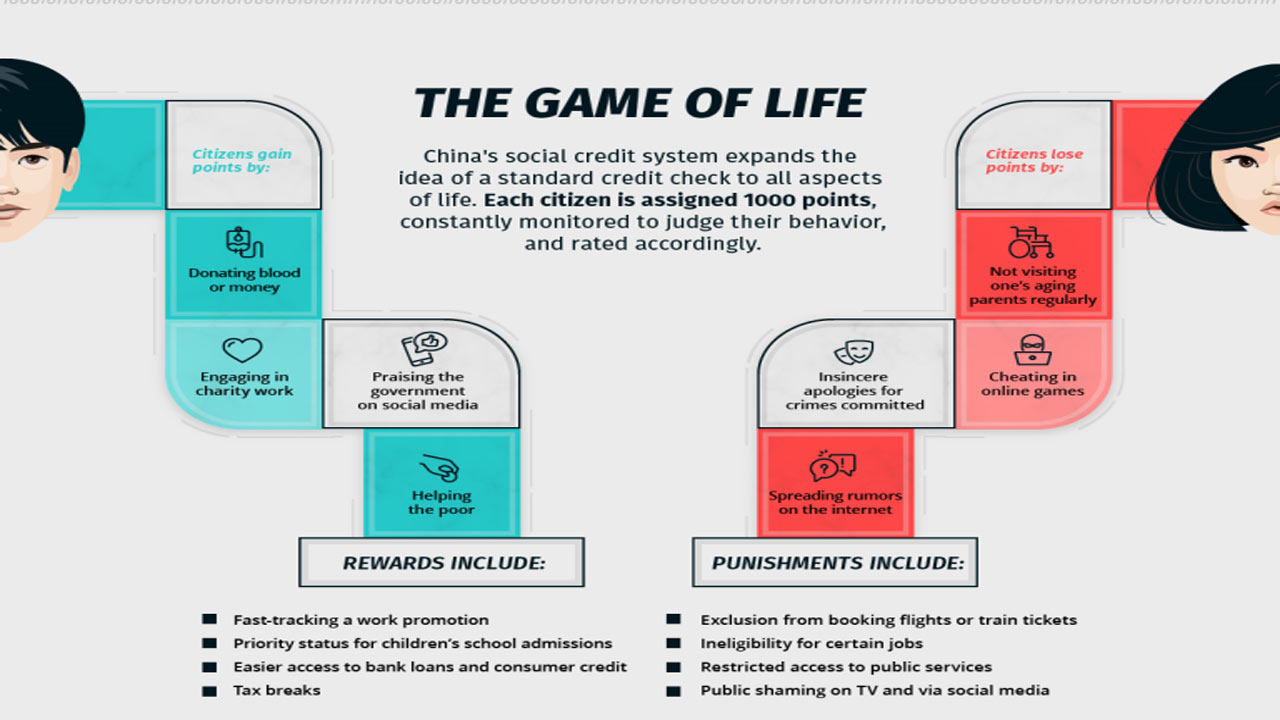 There is a coordinated effort worldwide to introduce a Digital Identity and Social Credit System, and the latter is coming to the United Kingdom from January 2022 according to a UK Government press release.

In January 2022 the Department of Health and Social Care, currently led by Sajid Javid, plans to launch a new app that will allegedly help people to make positive changes to their diet and physical activity.

A pilot scheme will see users wear wrist-worn devices that can generate personalized health recommendations, such as increasing their step count, eating more fruit and vegetables, and decreasing portion sizes.

Users will allegedly collect points for behaviors deemed healthy by the Government, which will unlock “rewards”. The Government says these rewards could include “gym passes, clothes or food vouchers, discounts for shops, and cinema or theme park tickets”.

A company known as HeadUp has been chosen to deliver the pilot social credit system scheme, with the Government claiming another £3 million also coming from the Department of Health and Social Care to provide incentives, but in reality, the £3 million is coming from the British taxpayer.

HeadUp has offices around the world and the HeadUp team has 20+ years of experience in health tech and insurtech. The company has partnerships with Apple, FitBit, Garmin as well as the US Military, leading life and health insurers, and now the UK Government.

The company was founded by Glenn Riseley, an Australian who spent 14 years in the corporate wellness sector. To give you an idea of what the HeadUp business is really about we took a look at some of the statements made by CEO Glenn Risely in various blog posts on the HeadUp site.

Glenn Riseley doesn’t believe the customer is always right and claims it is his company’s job to know what customers really need. How do they do this? By collecting as much data on you as possible of course.

But Glenn says that in order to collect your data his company needs to build trust and intimacy with you. He says that every data point they collect and every insight they deliver has to move the company a step closer to you so that you share even more data with them.

Glenn also believes that the thinking should be left to the professionals and states that HeadUp strives to do the thinking for people.

The UK Governments Health and Social Care Secretary, Sajid Javid states the reason for the pilot social credit system is that he wants to ensure “we’re doing as much as we can to tackle health disparities across the country, and this new pilot will pave the way for developing innovative ways to improve the lives of individuals, and also help to reduce strain on the NHS.

“The Office of Health Improvement and Disparities is driving forward our leveling up agenda for health and ensuring prevention is a vital part of everything we do.

“This pilot is an excellent opportunity to find how best to inspire people to make small changes to their daily lives that will have a lasting positive impact on their health.”

But is this really all it’s about?

From the end of 2022 the pre-9pm ban will be enforced and TV adverts for junk food also including breakfast cereals, yogurts, ready meals, chicken nuggets, and battered fish – will be allowed only between 9 pm and 5.30 am.

Commercials for “less healthy” meals out will also not be shown outside this period.

This Government now wants to control what you eat and monitor your supermarket spending and your daily exercise activities. If the Government can reward you for doing what it wants you to do, then it can certainly punish you if you refuse to do so, especially if they bring in a digital currency.

Just look at China’s Social Credit System. It is a broad regulatory framework, intended to report on the ‘trustworthiness’ of individuals, corporations, and governmental entities across China.

The exact methodology is a secret — but examples of infractions include bad driving, smoking in non-smoking zones, buying too many video games, and posting fake news online, specifically about terrorist attacks or airport security.

China has already started punishing people by restricting their travel, including banning them from flights. Authorities banned people from purchasing flights 17.5 million times by the end of 2018, according to the National Public Credit Information Centre.

They can also clamp down on luxury options — many are barred from getting business-class train tickets, and some are kept out of the best hotels. The list of punishments is endless and also includes preventing kids from attending the best schools, and now they are attempting to bring it in right under your nose in the UK.

How long will it be before employers start demanding that employees use the new app and ask to see their diet and exercise history before offering someone a job? Pubs and restaurants will most likely end up having to also check everyone’s vaccination status before entry, will they also need to change their diet and exercise history before being able to sell them a burger?

What about treatment through the NHS? Will they be expected to use the app for rationing healthcare, only treating those who have performed well on the app by eating healthily and exercising?

You could be forgiven for believing the Government has the nations best interests at heart by introducing an app that rewards you for behavior deemed to be healthy if you are also not aware that they are planning to bring in a digital identity system and digital currency under which they are debating whether to impose limits on how it can be spent.

But the problem is that plans for all three of these things have been advancing for months.

The UK Government is planning to boost the legal status of digital identities to make them as widely recognized as driver’s licenses and bank statements, and they will most likely come in the form of a mobile phone app. The ticket to imposing them for good will come in the form of the Vaccine Passport.

If they can outlaw TV adverts for breakfast cereals before 9 pm then what is to stop them from imposing limits or a ban on what you can spend a new UK Digital Currency on, if it is deemed to be unhealthy by the Government?

All the evidence is there. There is a coordinated effort worldwide to bring in digital identity and social credit system right under your nose, and it looks like both will be enforced in the UK by January 2022.