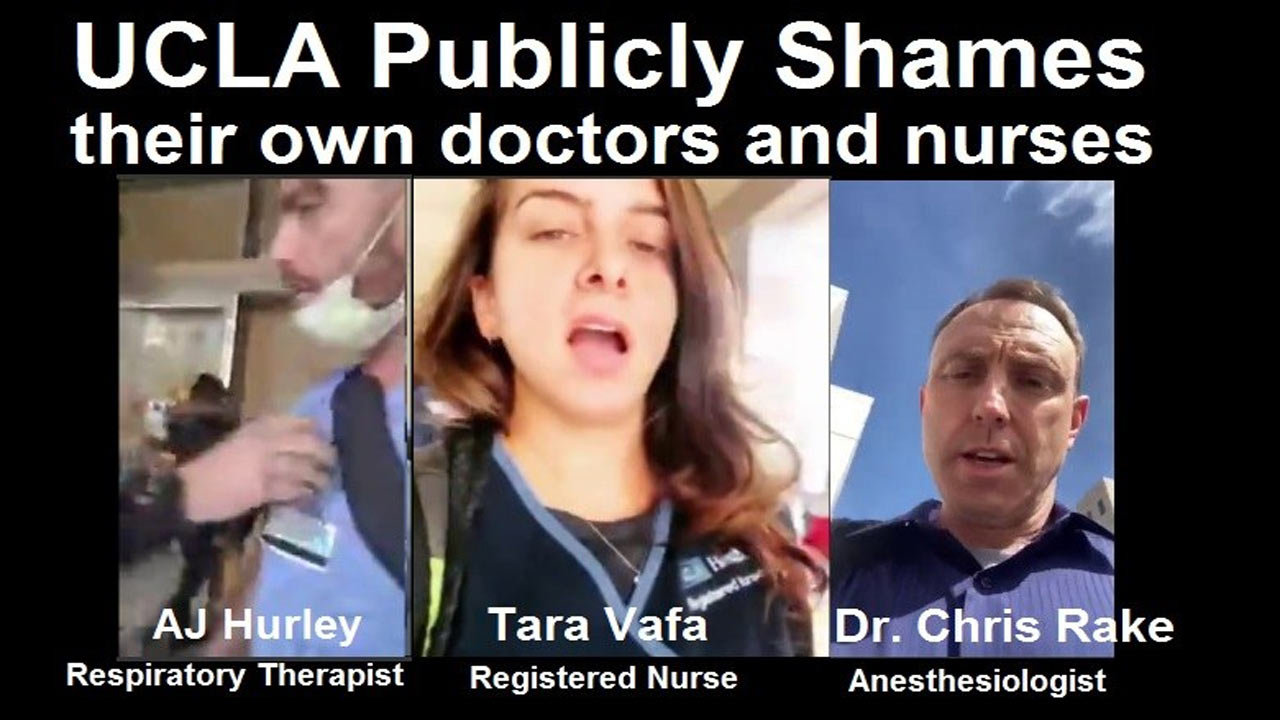 We are witnessing the total destruction of the U.S. medical system before our very eyes.

Yesterday we reported that the Mayo Clinic in Rochester, Minnesota, had sent a memo to 8,000 of their employees who had not yet shown proof of vaccination for COVID-19 notifying them that they would be fired if they did not comply.

Apparently, someone in a position of high authority at UCLA Medical Hospital in Los Angeles has sent a memo to supervisors instructing them to not only fire all personnel who have not taken a COVID-19 experimental shot, but to wait until they show up for work and are working with their patients, and then to physically escort them out of the hospital publicly shaming them, and treating them like criminals.

We are talking about medical professionals who have spent their careers working for one of the most prestigious medical institutions in the world, who are now being treated like they are criminals for refusing to risk their lives for an experimental vaccine that neither stops transmission, nor reduces the risk of death, but instead provides a great risk of life-long injuries or death.

UCLA could have privately contacted them and told them not to show up for work or waited until their shift was over before taking away their badge and sending them home, or any other of numerous methods to treat these medical professionals with dignity for standing up for their values and beliefs, but instead, they chose to make an example of them, and treat them like public criminals.

The criminal pharmaceutical companies are now running the show with their billionaire Wall Street pedophiles, turning this country into one large satanic ritual to impose their beliefs and values on everyone else.

I don’t care if you are pro-vax or pro-medicine. Watch this video of how UCLA has decided to treat their own medical professionals who refuse to bow to their demands by publicly shaming them as criminals, and ask yourself if you ever, in your wildest imaginations, would think that something like this would ever happen in the United States?

AJ Hurley, a respiratory therapist, is the latest victim, and he decided to not leave the hospital quietly, but to film himself leaving and explaining to the world what was happening at UCLA Hospital.

Security guards assaulted him and then ripped his badge off of his gown.

You may be tempted to criticize Mr. Hurley for not leaving the premises immediately when told to do so, but put yourself in his position. How would you feel if after years of service at your place of employment you were shamed in front of your co-workers and customers, and to the public, being treated like a criminal, and you were now faced with sudden unemployment with no means to care for your family?

Wouldn’t you feel that you had a right to voice your opinion on the matter as you were forcibly removed from your place of employment?

This is on both our Bitchute and Rumble video channels.