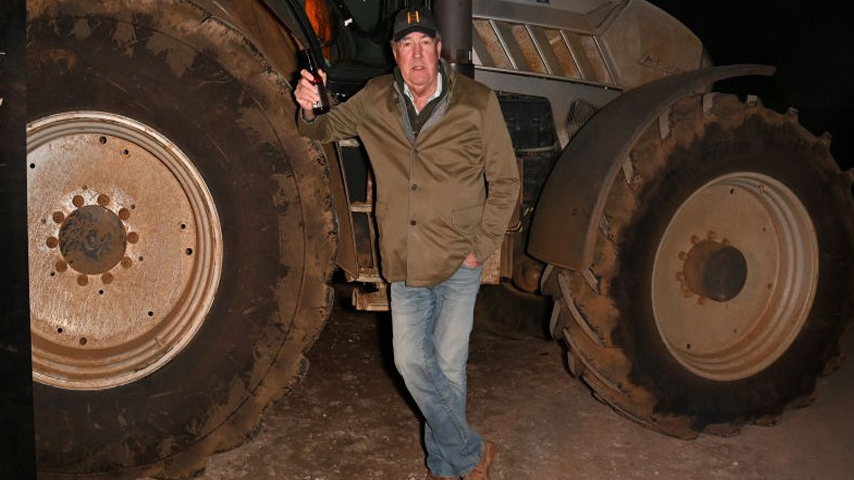 TV presenter Jeremy Clarkson said that global food shortages caused by the war in Ukraine could eventually lead to cannibalism, and he only appeared to be half-joking.

The Grand Tour presenter, who owns a famous farm shop in the Cotswolds, made the comments in his latest Sunday Times piece.

Clarkson said the situation caused by the war in Ukraine was leading him to suffer sleepless nights and “a few chin-scratching moments of despair.”

The former Top Gear presenter, who also owns a farm that was the basis of his hit Amazon Prime series Clarkson’s Farm, says more and more farmers in the UK are allowing their fields to lie fallow due to soaring fertilizer costs.

“The problem is that next year many farmers will decide that, because of the costs involved, they’ll use less fertilizer,” he wrote. “Some will doubtless try to use none at all. Others will try to use cardboard or lawn clippings or feces instead. Either way, they will produce less food. Some farmers — I know of three in my area alone — have already decided to fallow their fields next year and grow nothing at all.”

“And this is not just happening in the UK. It’s a global phenomenon and it could well result in there being maybe 20 percent less food in the shops than is necessary. That’s bad. And then it gets worse because, between them, Russia and Ukraine grow more than a quarter of global wheat exports.”

Clarkson worries the world is “hurtling down a well-watered slide into the pit of hunger, misery and death.”

He also slammed the government for failing to adequately respond to the cost of living crisis and cautioned that people can “live without heat or clothing or even sex,” but that “they cannot live without food.”

Some food products, including sunflower oil, are already being rationed in the UK due to Ukraine being a major source of sunflower seeds.

As we highlighted earlier, Italian League party leader Matteo Salvini warned that worsening food shortages could cause 20 million African migrants to flood Europe if a ceasefire in Ukraine is not agreed upon by the end of this month.

“Without peace, there will be famine in the autumn and 20 million Africans will be ready to go,” he said.

In his article, Clarkson pointed out that “nearly a third of the wheat Ukraine grows goes to Africa, and it won’t be getting any this summer,” warning that the existing migrant crisis will represent a “trickle” compared to the tsunami that could be around the corner.

The Great Reset: Cyber-attacks on America’s Food Supply Have Started

Resetting Food: Dutch Farmers Told To Kill Off 30% Of Their Livestock To Save Planet