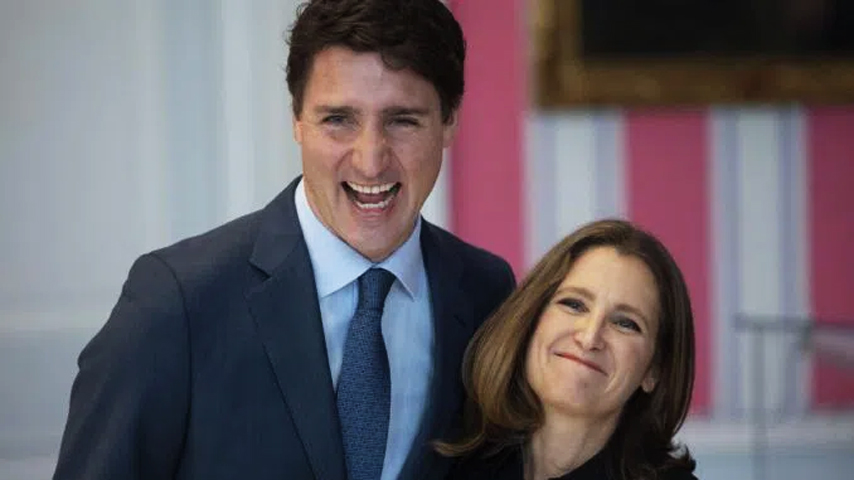 “In terms of the financial instruments which our government is using right to act against these illegal blockades and illegal occupation, we reviewed very, very carefully the tools at the disposal of the federal government,” said Freeland.

“We used all the tools that we had prior to the invocation of the Emergencies Act and we determined we needed some additional tools.”

Then she let the cat out of the bag:

“Some of those tools we will be putting forward measures to put those measures permanently in place.”

The ironically named Ms Freeland has just proven why citizens must never let their governments seize freedom-denying emergency powers. Governments, especially authoritarian far-left regimes like the Trudeau government, will not give up their newfound powers without a fight.

CBC.ca report: Freeland said Thursday financial institutions have moved quickly to freeze the accounts of people linked to the demonstrations in Ottawa, leaving an unknown number of protesters in financial limbo.

Freeland vowed to take more accounts offline in the coming days in an attempt to starve the organizers of the funds they need to continue their occupation of the nation’s capital.

Freeland, who is also the finance minister, said the RCMP and other law enforcement agencies have been gathering intelligence on convoy protesters and their supporters and sharing that information with financial institutions to restrict access to cash and cryptocurrency.

The law also allows banks to target for account closure donors to the GoFundMe and the GiveSendGo fundraising campaigns that fuelled this protest. Freeland said she wouldn’t get into the “specifics of whose accounts are being frozen.”