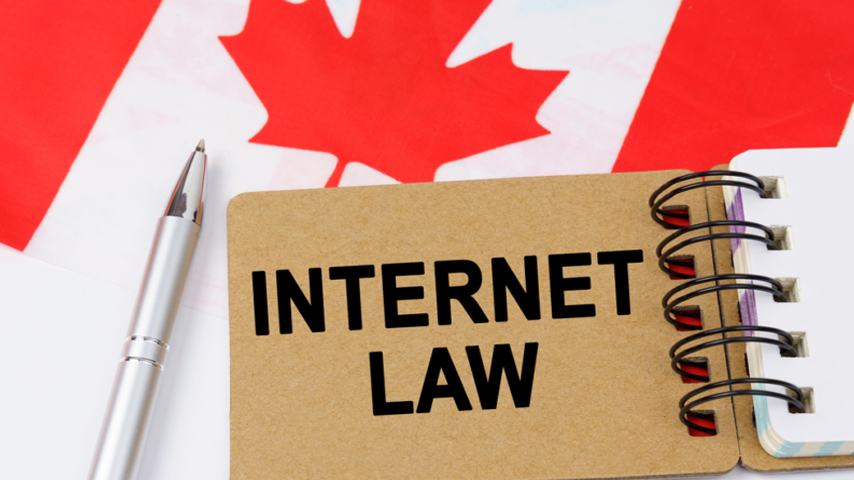 It has been called a “regulatory power grab without precedent” and a “full-blown assault” on free expression and democracy. The Wall Street Journal quipped that it might erect a “great firewall of Canada.” Twitter has warned it would give our government the power to block websites as done in authoritarian countries like China, North Korea and Iran.

Like it or not, Ottawa seems determined to bring online communication in Canada under the thumb of federal bureaucrats. Its assault on the Internet began in earnest when the ruling Liberal-NDP coalition used its majority in Parliament to invoke closure and ram through the contentious Bill C-11, or Online Streaming Act, which passed third reading by a vote of 208-117 on Tuesday.

That’s just the beginning, however, as two more bills are lined up to provide even more regulation of the Internet. It’s enough to make your head spin, but the bottom line is that it would give Ottawa broad oversight of online activity in Canada. What could possibly go wrong?

Bill C-11 has attracted a legion of critics and may not get past some promised scrutiny by the Senate. Next in line is Bill C-18, the Online News Act, which would force Google and Facebook to pay Canadian news media for posting links to their articles because they are supposedly “stealing” them. More murky are Ottawa’s plans for legislation to combat “online harms,” which could prohibit otherwise legal communication.

The federal bureaucracy has already infiltrated the news business to a troubling extent, with the Canada Revenue Agency now deciding who is eligible for Ottawa’s $595 million media bailout announced in 2018.

The taxman deems certain news media outlets Qualifying Canadian Journalism Organizations and thus makes them eligible for federal handouts such as labor tax credits. You might be surprised by who made the list, which includes some unsavory online outfits. Just don’t ask how much they get, because that’s when the Cone of Silence descends.

Bill C-11 would bring streaming services, most of which originate from the United States and have exploded in recent years from the original Netflix to also include Amazon Prime, Disney+ and Apple TV, under our Broadcasting Act. It would start by imposing the so-called “Netflix tax” which both major parties promised for years not to introduce.

Consumers could suffer a double whammy because, in addition to adding GST and PST to their monthly bills, streamers have promised to also pass along to subscribers any extra costs Parliament might impose on them, such as the new three percent digital services tax and the expense of meeting Canadian content requirements.

The Cancon lobby has been licking its chops for years at the billions available to be extracted by taxing and regulating streaming services, and it has produced some laughable propaganda warning that otherwise we’ll all turn into Americans.

Bill C-18, which will have to go over to the fall session of Parliament since the kerfuffle over Bill C-11 has taken up so much of the lower chamber’s time, would give the CRTC oversight of online news, which its critics and even former leaders claim it is unqualified to handle.

It would also divvy up the loot that Google and Facebook will be ordered to pay Canadian media outlets for carrying links to their news stories. That is, of course, unless Google and Facebook decide to stop carrying such links, as the former did for years in Spain and the latter did briefly in Australia after similar legislation was enacted there recently.

The problem with putting bureaucrats such as CRTC Chairman Ian Scott in charge of regulating the Internet is that they were long ago captured by the vested interests they are supposed to oversee.

Scott, for example, was spotted having a friendly beer at an Ottawa pub a while back with the CEO of Bell Canada, which records annual profits of $10 billion or so. The CRTC then shockingly reversed its earlier decision to lower wholesale Internet rates, much to the benefit of Bell and the handful of other big telecom companies which dominate the industry.

With regulators like this, is it any wonder Canadians pay among the highest rates in the world for cable, Internet, and cell service?

Most worrying of all may be Ottawa’s pending “online harms” legislation, which would reportedly force tech companies to take down flagged content within 24 hours. Its critics claim it would enable the government to “silence dissenting Canadian voices online.”

The content could include disinformation such as “fake news,” online abuse, hate speech, deceptive advertising or even just misleading political communication. A new “digital safety commissioner” would reportedly enforce the legislation, which would also apparently give CSIS expanded powers to obtain subscriber information from companies, while online platforms may also be required to report suspect posts to police and security services. The implications are Orwellian.

In law and public policy, arguments against adopting an action due to its inevitable future effects are known as “slippery slope” arguments. More worrisome in public policy are slippery slope events, which commence an unstoppable descent toward an undesired result. Canada’s foray into Internet regulation may be well-intended, but it risks opening a Pandora’s Box and running afoul of the Law of Unintended Consequences.

Taxing and regulating websites, not to mention forcing them to pay for the privilege of posting links to other websites, contravenes the founding principle of a free and open Internet. Let’s hope that it doesn’t also lead to the unintended consequence of cyber fascism seen elsewhere in the world. [Canadian Dimension]