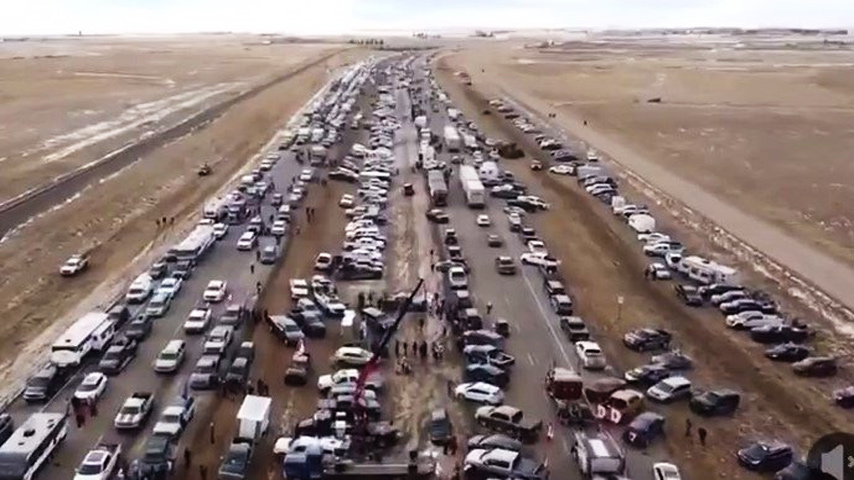 The Trudeau government is now threatening Americans who donated to the massive GoFundMe to support the Freedom Convoy 2022.

The grassroots movement raised $10 million dollars until GoFundMe took it down and announced they would steal the donations and turn it over woke groups of their choosing. GoFundMe later backed down after several US Attorneys General announced they will open investigations on the radical leftist company.

On Monday Canadian officials said they will investigate Americans who donated to the Freedom Convoy 2022. They say they will look at “the intent” of the donors who were trying to undermine public safety. It’s not clear how they are going to prove the intent of the donors but certainly, the FBI will be more than happy to help out.

Minister Mendicino identified the Ottawa protest group as a “violent”, “hate” group.  The Ottawa truck drivers were described as an “angry, loud, intolerant and violent crowd,” who “threaten the national security of Canada.”

Mendicino said on Monday that Canada has a “robust” intelligence community that will flag to the government concerns of national security, as well as a separate branch within the RCMP that looks into these types of issues.

“That’s why I’m certainly confident that wherever there’s foul play of the sort, that we’ll be in a position to act appropriately,” said Mendicino.

The public safety minister added that there are laws in place that prohibit anyone from contributing to an initiative that undermines national security.

“If, for example, someone was contributing with the intent of either causing public harm of trying to undermine public safety, that would be something that would be against the law and there would be appropriate sanctions for that, if proven in the court of law,” he said.

Emergency Preparedness Minister Bill Blair added that it is necessary to cast a light on the sources of funding who are endorsing “illegal activity.”

“I think when [Canadians] understand the source of some of this funding, it helps them understand the motivation of this protest – who is actually behind it – and I think it also reveals some of the false nature of claims being made and the positions being put forward,” he said on Monday.

Canadian military to allow skirts and hair coloring for soldiers