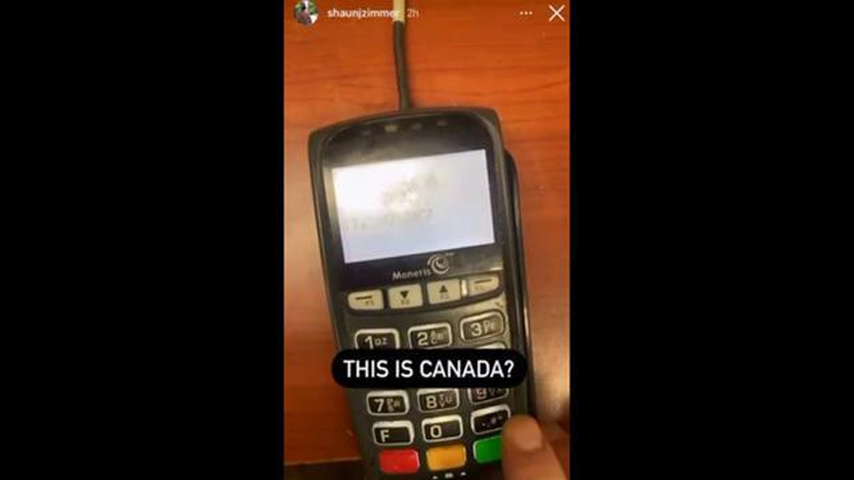 I’m a Canadian citizen who refused the vaccines.

My bank account was seized by the government for donating 25$ to support the end of mandates.

I can’t pay the hydro or mortgage. I was already behind because employment insurance does not cover termination by non-vaccine compliance.

I had to take the Canadian flag down for my home being vandalized.

I lost my job for not accepting vaccines because I am in a risk group but don’t want my employer to know this medical info. I would take Novavax but it’s still not here 1 year after it was signed.

The government won’t allow me to board a plane and leave since I don’t have full proof of vaccine.

Trudeau says I’m a Nazi because some a**hole showed up rogue to a demonstration.

I was banned from all Canadian reddits for posting these facts and making it an awareness.

I was banned from political Reddit asking if Trudeau really owns stocks in Acuitas.

This is not a plea for cash or any donation. No active wallet is attached here or anywhere. So no this is not a request for money.

These are actual facts of what is happening in Canada.

Updates coming soon before all my services are disconnected since I can’t even use wifi at Tim Hortons because I have no sit-in dining code.

Like the staffer at queens park and the wife of David’s tea, my name email and IP are being shared on the internet list of donors that was hacked. It is not being concealed as private by the government, quite opposite. (source)

Video of Canadian denied access to his own funds


“Does that scare you or empower you? It doesn’t scare me. We have many ways to go around this.”

Reader–“You may know this already, but just in case, in regards to bank accounts being frozen, a LOT of Canadians are removing their money from Canadian banks. This may be intended, of course, but when things go this bad in Canada, and soon in the U.S., money is not safe in the banks.

Several banks have been hacked, and the real trouble is on the way. As always, those who get their money out first are the best off. They have to pacify Canada in order to prepare for what is coming to the U.S. (everything, including invasion).

The lawless dictatorship of Trudeau/Freeland

Under the invocation of emergency powers, Canada’s government has become a lawless dictatorship, and they are using their tyrannical powers to loot the bank accounts of innocent people who merely want to participate in the peaceful protest against medical tyranny.

Making good on the threat, not only have private bank accounts been seized by the Canadian government regime, Trudeau has ordered crypto exchanges to seize the funds of 34 crypto wallets now named by the government itself. These 34 crypto wallets are apparently being used to help fund the peaceful protesters, and the tyrannical (lawless) government of Canada has decided to declare all-out war against cryptocurrency in order to try to stop the bouncy castles and honking.

Bloomberg reports the Canadian Bankers Association confirmed the Royal Canadian Mounted Police (RCMP) has alerted banks to a list of names and made it available. The institutions are reportedly still seeking clarity from law enforcement on how to handle the alleged protesters’ accounts, according to people familiar with the matter. But Finance Minister Chrystia Freeland said some accounts have already been frozen, the news outlet reported.

Under the Emergencies Act invoked by this week by Trudeau, law enforcement officials have the ability to arrest people for obstruction of roadways and disruptive behavior within a no-go exclusion zone. They also have the power to seize vehicles and freeze the same bank accounts.

Trudeau, who has called the protests against a Covid mandate for truckers and other restrictions an “illegal occupation”, reportedly resorted to the emergency powers following the second weekend of protests.

Bloomberg outlined exactly how the banks will cooperate with the government:

THE EMERGENCY ORDERS REQUIRE VIRTUALLY EVERY PARTICIPANT IN THE CANADIAN FINANCIAL SYSTEM — BANKS, INVESTMENT FIRMS, CREDIT UNIONS, LOAN COMPANIES, SECURITIES DEALERS, FUNDRAISING PLATFORMS AND PAYMENT AND CLEARING SERVICES — TO DETERMINE WHETHER THEY POSSESS OR CONTROL PROPERTY OF A PERSON WHO’S ATTENDING AN ILLEGAL PROTEST OR PROVIDING SUPPLIES TO DEMONSTRATORS.

IF THEY FIND SUCH A PERSON IN THEIR CUSTOMER LIST, THEY MUST FREEZE THEIR ACCOUNTS AND REPORT IT TO THE RCMP OR CANADA’S INTELLIGENCE SERVICE, THE REGULATIONS SAY. ANY SUSPICIOUS TRANSACTIONS MUST ALSO BE REPORTED TO THE COUNTRY’S ANTI-MONEY-LAUNDERING AGENCY, KNOWN AS FINTRAC.

The answer, of course, is a classic bank run as the people of Canada rush to pull their deposits out of the country’s banks before the government steals all their money.

The dynamic duo of Trudeau and Freeland, in less than 30 days, has managed to reveal to the people of Canada that not only is their government a terrorist authoritarian regime, but that all their life savings and business assets can and will be looted by that same government without notice, for almost any reason whatsoever.