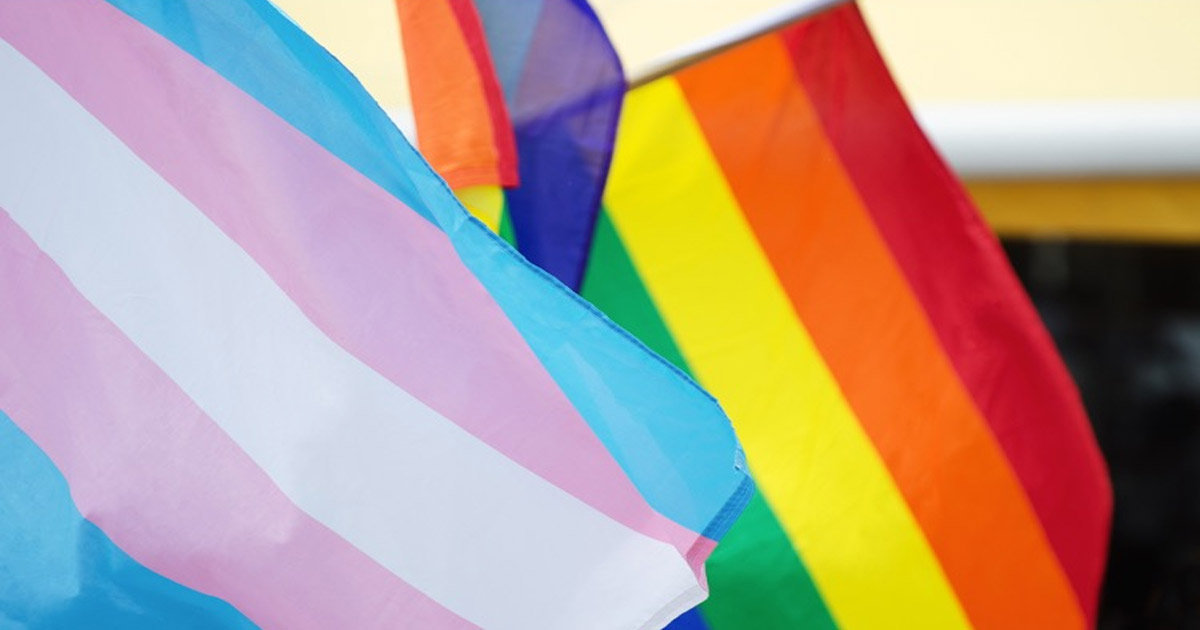 “Rule No. 1: Don’t Challenge Trans Orthodoxy.” So read the chyron on the screen Thursday evening, when Fox News host Tucker Carlson pointed out that it used to be “a feature of high school biology class that biological sex is biologically real.”

“But now, that’s hate speech,” he lamented, as being imposed upon America is a “lunatic new orthodoxy,” as the host put it.

The question being asked was: Why is the Made-up Sexual Status (MUSS or “transgender”) community — a minuscule percentage of the country — running everything? Carlson raised the issue because comedian Dave Chappelle’s new special is being targeted for cancellation after he dared criticize the MUSS lobby in it.

Chappelle mentioned on his comedy special, featured on Netflix, how the MUSS crew went after Harry Potter creator J.K. Rowling because she had the temerity to say “sex” is real, calling her a TERF (trans-exclusionary radical feminist). The comedian said he didn’t even know what that was — “But I know that trans-people make up words to win arguments.” (The entire Left does, as I explained here.)

Such humor inspired some Netflix employees to protest the special and demand its cancellation. Carlson played a clip of an anti-Chappelle demonstration, which showed the sexual devolutionaries attack a counter-protester, break his sign, and then, when he was left holding just a stick, scream “He’s got a weapon!”

“So his speech is violence; their violence is speech,” noted Carlson wryly. “See how that works?”

The commentator then asked his guest, Seth Dillon, CEO of satirical site Babylon Bee, which has also been targeted by the Left, the question: MUSS activists really just are “a tiny percentage of Americans, aren’t they?”

“They are,” replied Dillon — “but they wield all the power.”

In fact, while they claim to be “marginalized” and “oppressed,” he said, “you can’t make fun of them.”

“You know, the way that you can tell who holds all the power in a society is by who you can’t make fun of, right?” (video below) Dillon continued, paraphrasing a quotation often incorrectly attributed to Voltaire.

Dillon went on to mention how his site, the Bee, has been targeted by the Left even though it deals solely in satire. Leftists’ news organs will actually “fact check jokes [and] try to rate them false, so they can get them taken down for misinformation,” he explained.

Targeting satire may seem unfathomable, but it’s easily explained: As socialist Saul Alinsky’s Rule 5 in his book Rules for Radicals informs, “Ridicule is man’s most potent weapon. It’s hard to counterattack ridicule, and it infuriates the opposition, which then reacts to your advantage.” It also can make your opponents seem silly and unserious, causing people to cease taking them seriously.

Leftists don’t want this powerful weapon used against them, of course. What’s more, leftists tend to be prideful and thin-skinned, and such people can’t at all tolerate being mocked.

Yet left unanswered in the Carlson segment was why the MUSS minority wields such power. Before addressing this, however, an aside:

It’s a mistake to use, as Carlson innocently did, the term “biological sex.” “Sex” is by definition a biological phenomenon. “Biological sex” is thus not only redundancy but one that tacitly rubbers stamps the MUSS agenda. After all, the only logical reason to modify “sex” with “biological” would be to distinguish it from another kind of “sex,” and this absolutely correlates with the MUSS activists’ claim: that there is another kind of “sex” — non-biological sex (which they call “gender”), determined by your perception of what you are.

Of course, the modifier could distinguish “sex,” the quality of being male or female, from the act of “sex.” But even if this is the intention in certain cases, it very well may not be the message received.

As to the matter of why the MUSS lobby wields its power, a clue is found in other situations in which small groups had outsized control. Why, for example, did Saddam Hussein and his inner circle wield total power in 1990s Iraq? Why do Kim Jong-un and his close comrades have such control in North Korea today?

Some may say this is obvious: You can do whatever you want when having complete sway over the government and military. Yet political and military power isn’t the only type that exists. There’s economic and social power, too.

The MUSS agenda would amount to little if mainstream media didn’t give its protests and appeals inordinate coverage, academia didn’t lend it a pseudo-intellectual veneer, entertainment didn’t portray MUSS individuals frequently and favorably, and corporate America — partially because it’s influenced by the preceding factors — didn’t do the sexual devolutionaries’ bidding.

But the media, academia, entertainment, corporate America, and Big Tech — the culture shapers — are firmly in the “Left’s” hands. So in a way, it’s the same as the situation in North Korea or ‘90s Iraq: A small minority in the halls of power control society and often acts contrary to the people’s will. So however you may describe our government today with its Deep State puppeteers, for sure is that our culture is not completely of, by, and for the people.

I wrote “not completely” because Americans could change this in mere months by “defunding” the culture-shapers. But aside from the decent minority of citizens who actually support the sexual devolutionaries or aren’t bothered by them, too many others don’t care enough to sacrifice what the culture-shapers sometimes provide (e.g., entertainment). Call it cultural bystander apathy.

But, alas, acedia has always been a feature of man’s nature.