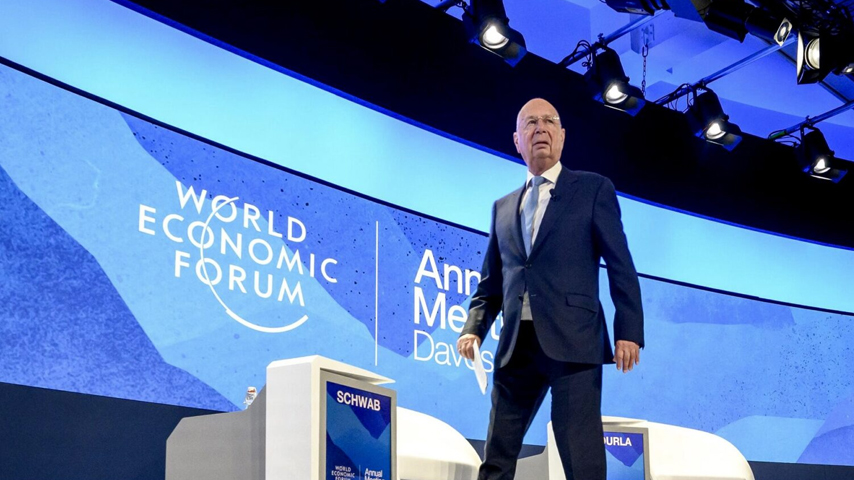 It’s the Tower of Babel all over again.

This time, we don’t see a structure stretching heavenward, but rather the World Economic Forum (WEF) led by Klaus Schwab and his close advisor, Yuval Harari. The intent of opposing God and uniting the world under a Satanic regime, however, is the same as it was in Genesis 11.

During the week of January 16-20, 2023, the WEF held its annual meeting in Davos. Switzerland. They expected 2,700 attendees consisting of fifty heads of state, 380 top government officials, many corporate CEOs, and several other powerful dignitaries.

Don’t be deceived by their seemingly benign agenda; their true intent is both diabolical and deadly. Leo Hohmann, blogger and investigative reporter, wrote this about the WEF’s attempt to solve the world’s problems, most of which they themselves engineered:

But now the stakes are higher because more of us regular folks are waking up and learning about the true agenda of the WEF’s Great Reset and Fourth Industrial Revolution. They intend to digitally enslave the world in a total surveillance state based on a global digital ID (likely disguised as vaccine passports) and a global digital currency to replace cash….

The WEF bemoans the current economic reality in its Global Risks Report, ignoring the fact that most of the economic problems were caused by the very elites who now propose to have the solutions.

Make no mistake, we live at a time when Satan’s kingdom is colliding with God’s rule. However, with the clash comes a cause for rejoicing! It signals that Jesus’ appearance is ever so close.

I have both good and bad news regarding the battle of kingdoms taking place around us.

Much to the glee of the powers of darkness, the evil and deadly plans of the elite globalists will appear to succeed for a while. However, their joy will be short-lived.

In 1 Corinthians 2:7-8, Paul wrote about an earlier failure of Satan’s minions to grasp God’s infinite wisdom:

1 Corinthians 2:7-8 KJV – “But we speak the wisdom of God in a mystery, even the hidden wisdom, which God ordained before the world unto our glory: Which none of the princes of this world knew: for had they known it, they would not have crucified the Lord of glory.”

Despite their abject failure to stop the Lord’s saving purposes via the cross and resurrection, the powers of darkness now believe they can disrupt Jesus’ future rule over the nations seated on the throne of David.

To do so, they will attempt to eliminate the Jewish people and corrupt humanity through transhumanism. (Spoiler alert, the Bible says they will fail yet again: Jesus will reign over the nations from a redeemed and restored Israel.)

During the Tribulation, it will seem, for a short while, as though the powers of darkness have succeeded. The powerbrokers who control the WEF and the UN will implement a one-world government, just as Scripture says will happen during the Tribulation.

The good news for those of us in Christ is two-fold. First, the Lord says that the Rapture will occur before He pours out His wrath on the world during the time that the antichrist rules (1 Thessalonians 5:1-10). Second, the colliding of kingdoms in our day tells us that Jesus’ return to take us home to glory is imminent.

The church is not God’s kingdom; this false teaching has led to much deception and great pain throughout church history.

We are the body of Christ over which He is the Head, our “Chief Shepherd.” The Bible never equates the church with God’s physical kingdom on earth, never.

As followers of Jesus, we belong to God’s spiritual kingdom (Colossians 1:13-14). For now, it’s invisible, yet real and quite powerful. When Christ returns to the earth, everyone will see His kingdom; He will rule over all the nations of the earth exactly as Scripture says He will do in passages such as Zechariah 14:9-21. It’s then that the nations will experience the wonders of God’s dominion and rejoice (Psalm 98).

Then and only then, will God’s “will be done on earth as it is in heaven” (Matthew 6:10). Such perfect obedience has never happened in human history, it’s most certainly not happening now, and it’s far, far beyond the purview of the church to bring about in this world.

At the present time, we see another realm gaining traction as never before.

In the book of Ephesians, Paul refers to the invisible nature of the forces that currently oppose us (2:1-3; 6:12). Satan rules over this dark kingdom and through it he exercises his power over the nations of the world.

The WEF, combined with the UN and its Agenda 2030, represents the devil’s renewed effort to form a visible worldwide government that will coerce submission to his deadly and destructive purposes.

The majority of people do not want the global governance that Schwab and his cronies advocate. Elon Musk recently asked people on Twitter whether or not the WEF should “control the world.” After well over two million votes, the percentage of those who say “No” stands at eighty-six percent. While not a scientific poll, it shows that a clear majority don’t want what the WEF is peddling.

Regardless, the elite globalists are well on their way to reaching their goal of world governance. Below are just some of the ways they are imposing their will upon humanity:

The widespread acceptance of these things, even by many who oppose the WEF agenda, tells us just how close the world is to the formation of the antichrist’s kingdom. The stage is already set and many of the actors are in place awaiting the raising of the curtain.

JESUS WILL CRUSH THE KINGDOM OF THE ANTICHRIST

2,600 years ago, Daniel predicted the demise of Satan’s kingdom, the one we see forming before our eyes. In a dream about the world powers that would come after his, King Nebuchadnezzar saw “a stone” that “struck the image on its feet of iron and clay and broke them in pieces” (Daniel 2:34). In his interpretation of it, the prophet spoke these words to the king in Daniel 2:44:

Daniel 2:44 KJV – “And in the days of these kings shall the God of heaven set up a kingdom, which shall never be destroyed: and the kingdom shall not be left to other people, but it shall break in pieces and consume all these kingdoms, and it shall stand for ever.”

When God’s kingdom comes to earth at the Second Coming, it will destroy all the earthly realms under the power of the devil through the antichrist. This most certainly didn’t happen at Pentecost as many mistakenly claim and it’s not a task assigned to the body of Christ. But Christ, and Him alone, will crush the powers of Satan at His return.

The globalists believe they can rule over the world, but they are merely preparing the way for Jesus to bring God’s great kingdom to earth with the most amazing display of power, glory, and magnificence the world has ever seen. And we will have a front row seat for it.

The outcome for those of us who are in Christ will be far more joyful and glorious than anything we have ever experienced on earth. That’s because our God is all-powerful and sovereign over history and all the affairs of humanity.

The current clashing of kingdoms points to Jesus’ soon appearing. Such hope brightens our day despite the dark and foreboding shadows of the rapidly approaching realm of the antichrist.

The Seal and Mark of God is Far More Important than the “Mark of the Beast” – Are You Prepared for What’s Coming?