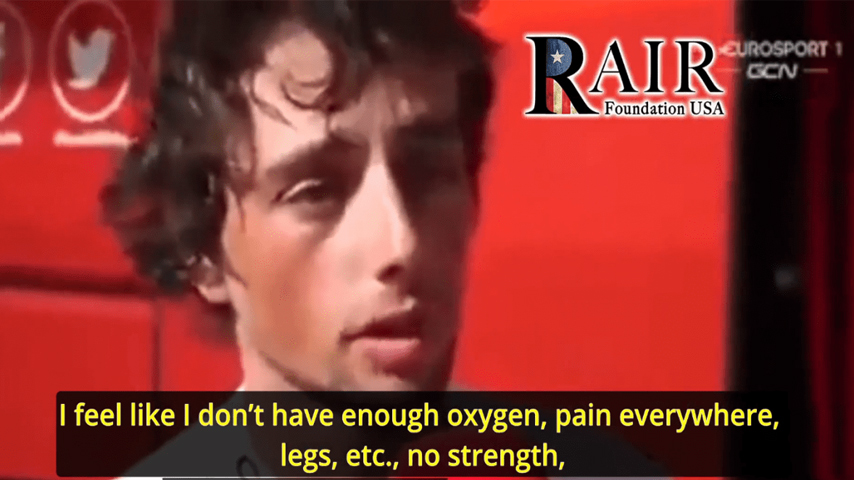 “I feel like I don’t have enough oxygen, pain everywhere, legs, etc., no strength, and it’s only getting worse after each stage.” – Victor Lafay

Famous cyclist 26-year-old Victor Lafay retires from Tour De France Stage after a ‘mysterious’ sickness. The Frenchman of Cofidis, who was thought to be a possible contender for a stage victory, had difficulties finishing the thirteenth stage and arrived in the last position, after which he decided to quit the tour.

In front of Eurosport’s camera, Lafay said he could no longer keep up with the pack and was left alone. The interviewer asked him if he was sick. “Yes, I am sick. I’m not the only one in the pack. At the start, I spoke to Castro (Jonathan Castroviejo, ed.), and he told me he is not feeling well either.”

“He came to me and asked me, ‘Are you sick?  Are you not able to breathe, either?’, and I said, ‘No,’ and he told me, ‘Me too,’ and I’ve been feeling like this since stage 6.
I’m having a very hard time breathing. I feel like I don’t have enough oxygen, pain everywhere, legs, etc., no strength, and it’s only getting worse after each stage,” said the rider.

The interviewer asked if it could be Covid. “All the Covid tests came negative. There are tons of people in the peloton who are all feeling the same; they’re all negative as well. So maybe it could be something else! I don’t know; I’m not a doctor, I don’t know anything, but many of us have the same symptoms and are struggling on our bikes,” said Lafay.

The cyclist said that this was a ‘strange’ Tour de France.