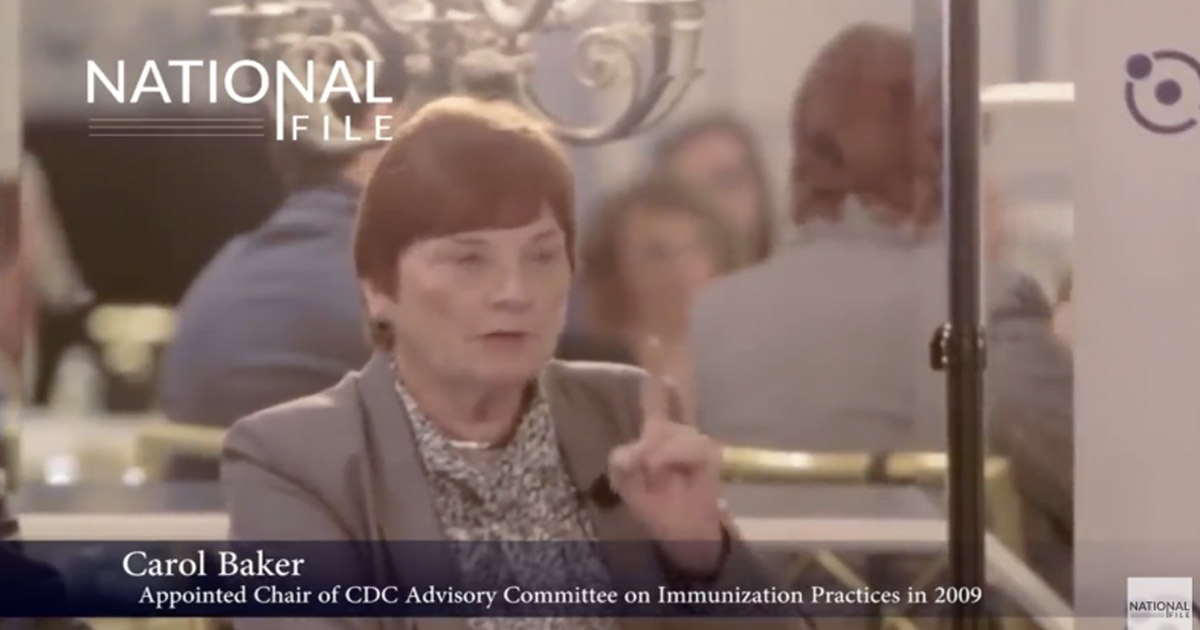 A top Center for Disease Control official was caught on tape in 2016 saying that society should “get rid of of all the whites in the United States” to reduce the number of people who refuse vaccines.

Dr. Carol Baker made the alarming remarks during the “Achieving Childhood Vaccine Success in the U.S.” panel discussion sponsored by the National Meningitis Association in New York City on May 9, 2016.

“So I have the solution. Every study published in the last five years, when you look at vaccine refusers,” Baker told the panel.

“I’m not talking about… hesitance, most of them we can talk into coming to terms. But refusers. We’ll just get rid of all the whites in the United States…”

“Guess who wants to get vaccinated the most? Immigrants.”

Notably, Baker was appointed Chair of the CDC’s Advisory Committee on Immunization by Obama’s Health and Human Services Secretary Kathleen Sebelius in 2009.

The Houston doctor was also honored with the Sabin Vaccine Institute’s 2019 Albert B. Sabin Gold Medal at a Washington D.C. ceremony sponsored “in part by the Bill & Melinda Gates Foundation and Pfizer.”

Is is really that surprising a Bill Gates-connected CDC official openly suggested depopulating whites who don’t cooperate with their mandatory vaccine agenda?