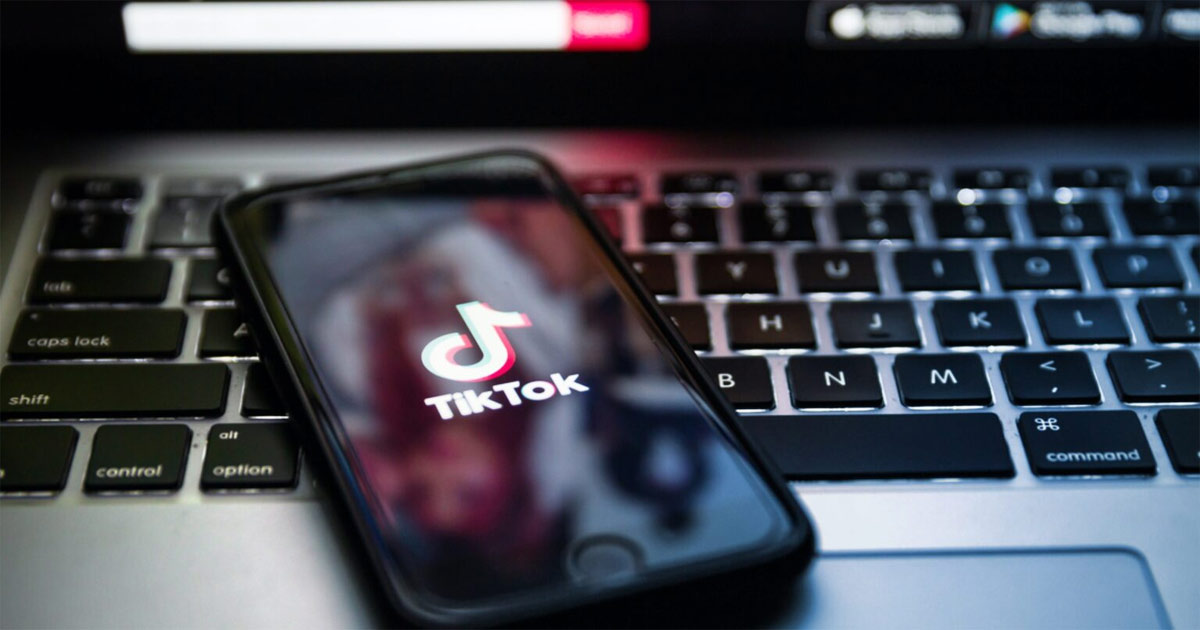 In the Bible’s book of Acts, local authorities beat and throw into prison the Apostle Paul and his assistant Silas for delivering a slave girl from a demon. The slave girl made money for her masters by telling fortunes, presumably using demonic supernatural knowledge. Once she was delivered of her oppression, she no longer made her master’s money. So they roused up a mob to get the local magistrates to retaliate against Paul and Silas for their act of deliverance.

It’s impossible not to think of that ancient account when reading a fresh one from Input Magazine this month about a supposed explosion in disassociative identity disorder on TikTok. To reduce exploiting people’s suffering for clicks, I won’t link to the story.

Not surprisingly, people typically develop this disorder due to sustained abuse, during which they disassociate from the horrors being perpetrated on their bodies. It’s another example of how the human soul and body are deeply intertwined, and how what we do or is done to our bodies affects our souls.

Several TikTok and YouTube accounts of such broken people, who refer to themselves as a “host” or “system” of multiple beings, have millions of online followers. They exhibit their various personalities for online notoriety in the guise of “educating” and “promoting awareness.”

One TikToker who says she has DID explains in a Q&A about her personality, “I can’t force anyone [inside me] to come out but I can communicate very well within the system and ask someone to come out, but sometimes it’s very involuntary.” In a Vice article about the disorder published six years ago, one afflicted person eerily “refers to the body as the ‘meat car.’ The nine members of her system simply take turns driving it around.”

Often such people refer to themselves using plural pronouns, or as a mix of single and plural pronouns, just as demons did in the ancient world. Famously, when Jesus Christ asked a possessed man his name, he replied, “My name is Legion, for we are many.” That puts the pronoun struggle in a new light, doesn’t it?

As one would expect if demons are involved, many people afflicted with this disorder strenuously deny that it’s demonic, or even a problem, just like the man who called himself Legion before Christ delivered him. Some are seeking, not to reintegrate their personalities into one whole person through therapy, but to normalize and glamorize being possessed of up to hundreds of personalities. Others, dangerously bedazzled by all this, are playing at having the disorder to gain attention.

Some people with this mental disorder “view each alter [personality] as their own unique person with as much right to live in the body as the system’s host. They aim for a state of being called ‘multiplicity,’ in which a system alters can live harmoniously by sharing the body. Experts and clinicians, however, think that this mindset is unusual — and could be detrimental to the health of people with DID,” the Input Magazine article says.

The Vice article even asks in its headline, “Are multiple personalities always a disorder?” “Members of the multiplicity community insist that they’re healthy, happy, and even normal—they just have up to hundreds of personalities contained within one body,” reads the article’s subtitle.

Proponents of normalizing this disorder employ the same mental rails that helped mainstream homosexuality and gender dysphoria: the detachment of the body and mind, the rejection of normality as a concept, the individual’s perception of reality as determining actual reality, the insistence that what was once considered a mental illness shouldn’t be at all — in fact, it’s even delightful to live with other beings inhabiting the same body, they claim. The Vice article says:

The multiplicity community insists on being seen as healthy—even normal. This is our reality, they argue. Why are you imposing your reality onto us? Dissociative Identity Disorder (DID)—and its controversial precursor, Multiple Personality Disorder—are terms roundly rejected by the community, and most of them don’t feel that they belong in the Diagnostic and Statistical Manual (DSM) at all.

…Contrary to what a DID/DDNOS diagnosis implies, multiples want everyone in their system to be seen as people. Not fragments alter, or personalities, but distinct individuals who happen to be inhabiting the same physical body.

“Any time that multiple groups live in fear of the consequences of coming out of the closet, they are being denied their social rights,” a person afflicted with multiple personalities told Vice. “There should not be one model of reality imposed upon everyone. Society can and should change to accept those who are different, rather than enforcing a single standard of normality and punishing those who don’t fit.”

That’s a key problem with the relativist worldview summarized above: It removes the objective standards societies need to be as healthy and functioning as possible. There are not multiple realities or multiple truths. We should all seek and acknowledge objective reality and morality as much as possible instead of multiplying and amplifying the mass psychosis that results from denying them.

Social media, of course, works against social cohesion, virtue, and normality by not only monetizing the freak factor of any odd condition or behavior but also making sufferers into mini-celebrities. It’s not at all unlike how circuses used to monetize physical deformities, charging people admission to see the lady with a handlebar mustache or the ten-foot-tall man.

But this — this is worse. Nobody then wanted to be the lady with a mustache or a ten-foot-tall man with major bone problems. Now people do. So many people are so starved for love, it appears they are willing to go to genuinely psychotic lengths to get a very poor substitute: some one-second like smashes on TikTok or Facebook.

The attention people can get by posting videos of themselves switching personalities on TikTok has also spawned drama at places like Reddit, where users discuss whether the person behind a certain username really has DID or is pretending to have it to get attention. It’s clear from the posts that some young people are afflicting themselves by adopting a multiple-personality persona.

Either having the disorder or pretending to indicates a really sad life, if not a tormented one. These tormented lives are being exploited by the sufferers themselves, their family members and lovers, and big tech platforms. Social media seems to increase such torment even while users claim finding online “friends” who affirm their psychoses actually feels good. Putting the torment on display sensationalizes it and encourages copycats among people whose only disorder may be the lack of one true friend.

At several points in the last six years, I have had the eerie feeling that the gates of Hell were being re-opened to unleash another level of human torment. This is another such moment.

The multiple personalities disorder itself seems to emanate straight from Hell, whether you take that literally or metaphorically, as it typically stems from child torture. Most genuine sufferers were trapped into unspeakably horrific abuse situations before the age of 10. This is a result of trauma that needs true healing, not the continued abuse of pretending that some evil results of unspeakable trauma are actually cool and fun, and certainly not the mockery of people adopting some related behaviors for attention.

To celebritize and normalize something like this is to welcome horrors people do not understand and should not indulge on any level, including fantasy. The Redditors record freaky posts I’m also not linking, including people who claim to have DID insisting one personality is a serial killer or pedophile, and anything that personality does is not the other personalities’ fault.

This is what we’re told we should “accept” and let “out of the closet.” No. That kind of thing needs to stay in the closet with the door firmly barred shut to everything but human beings seeking to escape.