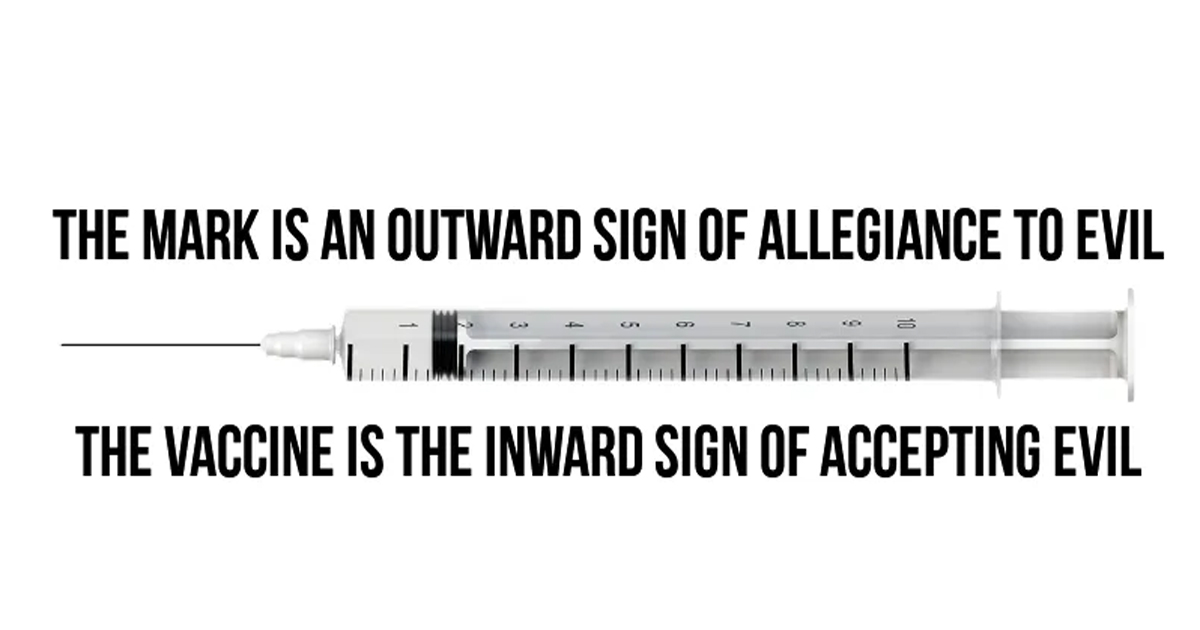 My Children, I want to let you know that time is coming to an end. This Age of Grace is almost over and events begin which will end it. Are you ready for them? Many people will be affected by these events and many will die due to them. Most people will fall by taking the vaccine and the mark. Those that take the vaccine, it does not matter which one, will end up in hell simply because they didn’t know ME. They choose to take it without ever taking the time to ask ME if they should or not. Understand that not knowing Me is not an excuse as that was their responsibility to know ME. It is written on their heart and all ultimately know that I AM real. Decisions have consequences. Many will regret for the rest of eternity their choice. It is simply too late to take this choice back. It is the same in regards to the rise of the beast system.

It is apparent to all that a system of total control of the population is occurring; there will be no excuse that they did not realize what was happening. Many of these people were told by their relatives, friends, co-workers what was really going on. They chose not to accept the truth. They wanted the truth which was inconvenient, to disappear, so they will reap the consequences of this choice. This is not negotiable. They had complete freedom to choose which they did. The information about ME and all of these things is contained in MY Word. There is no acceptable reason for not knowing the truth, which was right there in plain sight. This generation has been the most wicked generation to walk upon the earth. They are vain, boastful, lovers of self, rebellious, dishonest, perverse, the following evil willingly, abusive, cruel, seekers of pleasure, lovers of money, power, control, false gods, and the list goes on! There is very little that is of any worth at all in this generation. Only those who choose to follow ME have understood the ultimate consequences of their actions. It is an action to take something into their body. It is an action to spread lies about another. It is an action to deny the truth. These are choices that require a decision on the part of a person. Therefore a decision was made. It is an action not to read MY Word. It is an action to deny that I exist. Saying after the fact, I did not know is not an excuse to get out of something unpleasant. You cannot deny the truth simply because you do not like it. The truth is still the truth.

Those that choose wrongly leaned on their own understanding, they did not Ask ME because they didn’t care enough to ask ME when they could have. I wish none to perish but again the choice to choose is their choice to make. There is no going back for those who willingly took any vaccine. I cannot make this any clearer. I AM sees all things and I see people waiting in line, booking appointments to willingly take the vaccine. You alone are responsible for this decision. The information was available which clearly told all that the so-called vaccines did not protect you in any way. There was information about the side effects. Many were removed from various sites labeled as not true, not proven, even though it was obvious to all that the information was true. And the people allowed this blatant censorship to happen. The prevailing attitude of this generation was that I don’t care about what affects others, only what affects Me. Again I say, there is no excuse for willingly taking a vaccine, which had many different poisonous substances added to them as well as altering your DNA so that all who take it become a hybrid and are no longer fully human. I did not die for anyone not fully human. You can no longer be redeemed. It is done and there is no going back. So be aware of your consequences with these vaccines which are NOT THE ACTUAL MARK but have the same effect of not accepting ME as your Savior.

The mark is an outward sign of allegiance to evil, the vaccine is the inward sign of accepting evil.
The result is the same. Choose wisely for the consequences are eternal, life in torment or life in joy with ME. You choose.

Your King Yeshua, Your Redeemer, Your Messiah

Proverbs 11:19 NKJV
“As righteousness leads to life, so he who pursues evil pursues to his own death.”

Ecclesiastes 9:12 NKJV
“For man also does not know his time: like fish taken in a cruel net, like birds caught in a snare, so the sons of men are snared in an evil time, when it falls suddenly upon them”

Isaiah 3:9 NKJV
“The look on their countenance witnesses against them, and they declare their sin as Sodom; they do not hide it. Woe to their soul for they have brought evil upon themselves.”

Psalm 10:13 NKJV
“Why do the wicked renounce God? He has said in his heart, ‘You will not require an account’.”

The Stage Is Set, The AntiChrist Will Appear Soon

How to Share Bible Prophecy with Others – A Guide