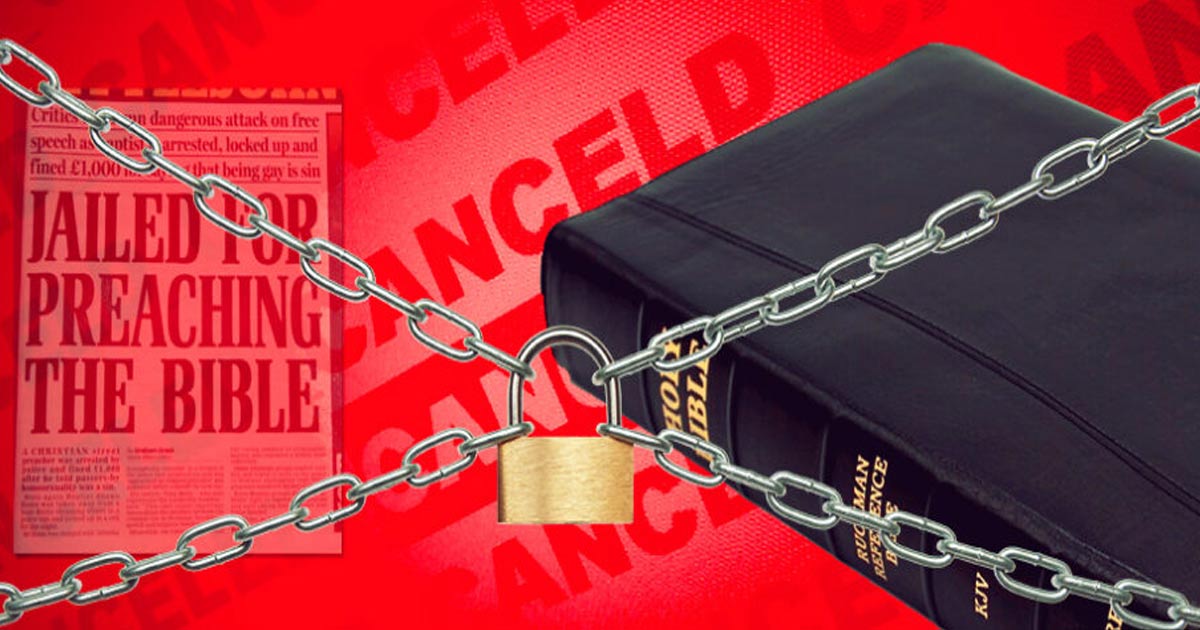 What they really want to cancel is the biggest piece of hate literature in human history – the bible. The God of Abraham, whom this world hasn’t a clue of understanding, does things that by their standard are intolerable.

Have you been paying attention lately to everything going on? The liberal woke mob is on a rampage, they are canceling everything and everyone that goes counter to their stated agenda. Drag Queen Story Hour is praised while Dr. Seuss is banned as ‘racist and subversive’ literature. Mt. Potato Head and Pepe Le Pew have got to go, yet mass murder and sexual assaulter Andrew Cuomo remains in power. If you haven’t figured it out by now, they are coming for your King James Authorized Version Holy Bible, too. Will you give it up?

“But take heed to yourselves: for they shall deliver you up to councils; and in the synagogues, ye shall be beaten: and ye shall be brought before rulers and kings for my sake, for a testimony against them.” Mark 13:9 (KJB)

History has a way of repeating itself, and nations when they forget God have a nasty habit of imploding, America is in the midst of that right now. All these silly cancellations like children’s books and potato head dolls are just cover for the real prize, the actual target. What they really want to cancel is the biggest piece of hate literature in human history – the bible. The God of Abraham, whom this world hasn’t a clue of understanding, does things that by their standard are intolerable. Don’t believe me? Take a look and see for yourself.

Do you now see why the Liberals hate God and hate His book with every ounce of their being? Prepare yourself for the coming Christian persecution, the banning of the bible, the arrest of street preachers and the closing of churches. A pastor in Canada is in jail right now for preaching the truth. This is how we will go into the Pretribulation Rapture, so make up your mind that you will go up and out of here with the praise of God in your mouth.

“Let the high praises of God be in their mouth, and a two-edged sword in their hand; To execute vengeance upon the heathen, and punishments upon the people; To bind their kings with chains, and their nobles with fetters of iron; To execute upon them the judgment written: this honor have all his saints. Praise ye the LORD.” Psalm 149:6-9 (KJB)

Cash is Trash, Especially For The Post Covid World