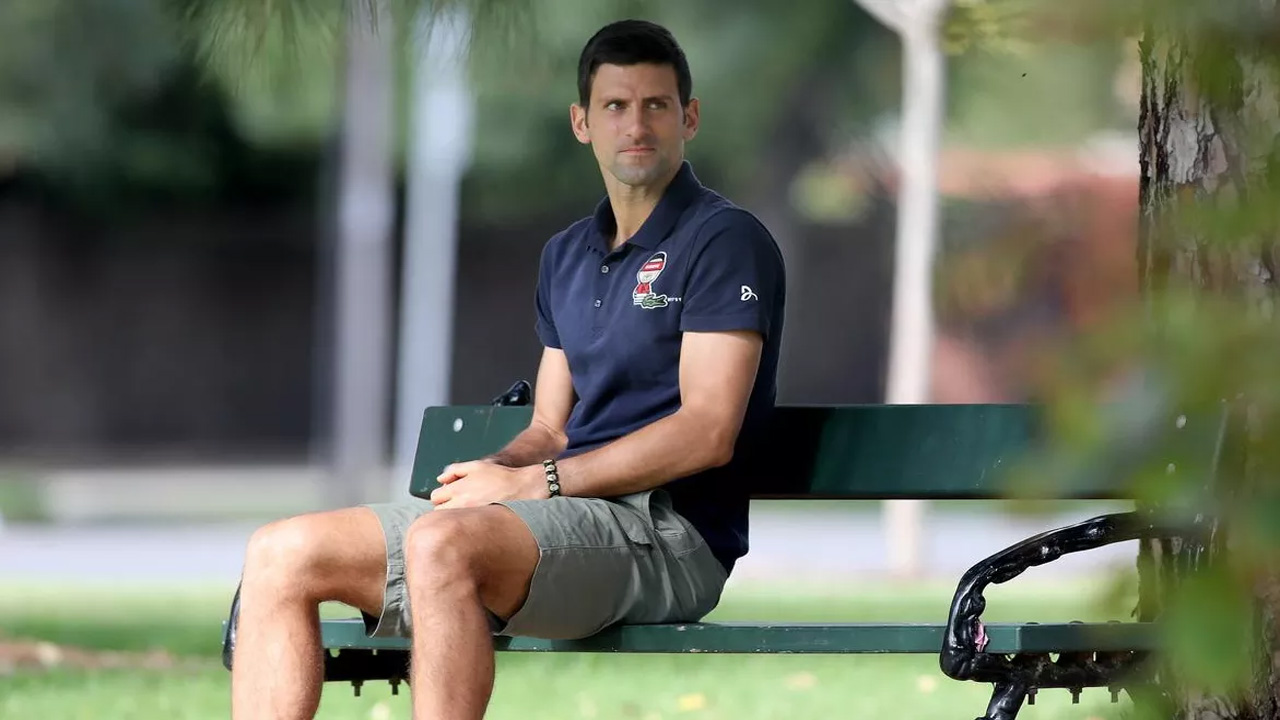 Tennis star Novak Djokovic was deported from Australia after losing his final appeal, the ATP’s top-ranked player will not be allowed to defend his Australian Open title.

It was reported Monday morning that an Australian court had refused Djokovic’s appeal against the cancellation of his visa, and as such he was put on a plane and flown out of the country.

To be clear: This was all because he’s not “vaccinated” against COVID-19, and vocally speaks out against the practice. The government has clearly and publicly admitted as much…but we’ll get to that.

The rejection of Djokovic’s medical exemption and subsequent deportation was accompanied by a wave of vitriol in the press the likes of which we have rarely seen.

One Australian sports presenter was “accidentally” recorded calling him a “lying, sneaky arsehole” in a video that was later “leaked” to the press.

The Spectator had one piece which was nothing more than a slew of ad hominem and mockery against not just Djokovic but all “anti-vaxxers” and “conspiracy theorists”, calling the Serbian a “conspiracy super-spreader”. They had another blaming his “arrogance for his downfall”.

The Daily Mail ran a story headlined: “Welcome to the Wacky World of Novak Djokovic… and meet his equally wacky wife!”, and two more opinion pieces claiming his arrogance has “trashed his reputation” and calling him “a loser”.

The Guardian‘s Australian Political Correspondent Sarah Martin defended the decision and jokingly referred to it as a “no dickheads” immigration policy, attacking Djokovic’s “anti-science god complex” and calling him an “all-round jerk”.

The childish name-calling just didn’t end. Even his fellow players were sticking the boot in.

Stefanos Tsitsipas attacked Djokovic for attempting to “play by his own rules”, adding “A very small minority chose to follow their own way. It makes the majority look like they are all fools”, which is at least true, but not in the way he meant it.

Spanish star Rafael Nadal said Djokovic should just follow the rules like everyone else, perhaps flashing the kind of attitude which allowed a fascist dictator to stay in power in his country for 40 years.

Some players, at least, came to Djokovic’s defense, including Australia’s own Nick Kyrgios, who has said he was “ashamed” of the way Australia handled the situation and chastised other players for not showing solidarity with Djokovic.

But why is this happening? Why are they trying to punish such a public figure, and why now?

Well, firstly, I’m not sure it was about punishing Djokovic, and not just because getting to leave Australia is an odd thing to be considered any kind of punishment these days.

Rather, it was about the performance of punishing him. Making an example of him. Not so much preventing him from playing, as much as denying him a platform.

The Australian government basically admitted that in their legal justification for canceling the visa.

Prime Minister Scott Morrison said Djokovic had been barred from entry for “breaching the rules…it’s as simple as that.” But he was either mistaken or lying, as he directly contradicted the case presented to the appeal court by the government.

Yes, the visa was first canceled on a technicality about incorrect information but, a judge overruled that decision, allowing Djokovic to enter the country.

That’s when Immigration Minister Alex Hawke stepped in to personally revoke the visa under section 133 of the Immigration Act 1958.

Under this (worryingly vague) legislation, the Immigration Minister is granted the power to cancel any visa at all, if:

the Minister is satisfied that it would be in the public interest to cancel the visa.

This was the argument put to the appeals court, that the minister can expel anyone, for anything, if he believes it to be in the best interests of the public.

Hawke admitted in his written statement that Djokovic presented a “negligible risk of COVID-19 infection” to those around him. So it was nothing to do with protecting people from infection or stopping the spread of the virus.

Public statements from officials suggest that they consider any “anti-vaxxer” to be a threat to the public interest by undermining the vaccination program. Thus they can justify barring entry to Djokovic (or, it should be said, any other “anti-vaxxer”) under the guise of “public interest”.

It’s about control, it almost always is.

In short, the government was scared that Djokovic’s very presence in the country was a threat to their neo-fascist lockdown.

If you look closely at the media messaging, there’s more than a little fear behind the wall of abuse and mockery.

Article after article is at pains to point out that “the majority of normal Australians wanted the Joker gone”, or some variation on that sentiment. Somewhat desperately selling the line that nobody agreed with, or supported, Djokovic’s position.

A statement which is given the lie by the regular huge protests taking place all across Australia’s major cities (like this one, just this weekend, in Sydney).

The Australian government is worried they’ve turned their country into a powder keg of public resentment, and that the slightest social spark could set it off. Increasing the size of the (already huge) protests against the lockdowns and vaccine mandates, maybe even tipping the country into full-blown chaos.

One of the Spectator articles mentions that Australians have been living in a “police state” for two years, and then vaguely references the subsequent public anger, even whilst attempting to downplay it, misrepresent its cause, and turn it against the unvaccinated.

Australia has fallen. Peace, prosperity and freedom have been sacrificed on the altar of “safety”, and COVID “vaccination” has become a quasi-religious rite in their country, even more so than the rest of the world.

As such, the unvaccinated are slandered, punished, threatened and othered at every turn. Locked down, locked up and locked out.

Can you only imagine what could happen if people found out it was all for nothing? Or that the heaven-sent vaccines aren’t the magical solution to all that ails us?

In this kind of political climate, they simply couldn’t afford to have an “anti-vaxxer” on national television, healthy and athletic and winning championships against a field of vaccinated rivals.

Before anyone accuses me of a surfeit of cynicism, let’s review the actual words of Alex Hawke from the appeal procedure [our emphasis]:

Elsewhere Djokovic was described as a “talisman of a community of anti-vaccine sentiment”.

This kind of brutal treatment of publicly unvaccinated famous faces will likely only intensify. It’s already spreading from country to country, with France announcing Djokovic will not be allowed to defend his French Open title unless he gets vaccinated.

It seems pretty clear that the public shaming of Djokovic was a power-play to secure what they perceive as their own tenuous grip on the narrative, one that could have far-reaching consequences moving forward.

Consider, Djokovic was not barred from entry just for being unvaccinated, but also because he had publicly spoken out against vaccination.

Australia is now not only requiring you to be “fully vaccinated” to enter the country but has barred someone from even expressing anti-vaccine sentiment.

It’s no longer enough to conform by action, you must now conform by speech.

Next is thought, but even they would never try to legislate against that…right?

The gene genie is out of the bottle, welcome to Eugenic Britain

Farmers on the Brink