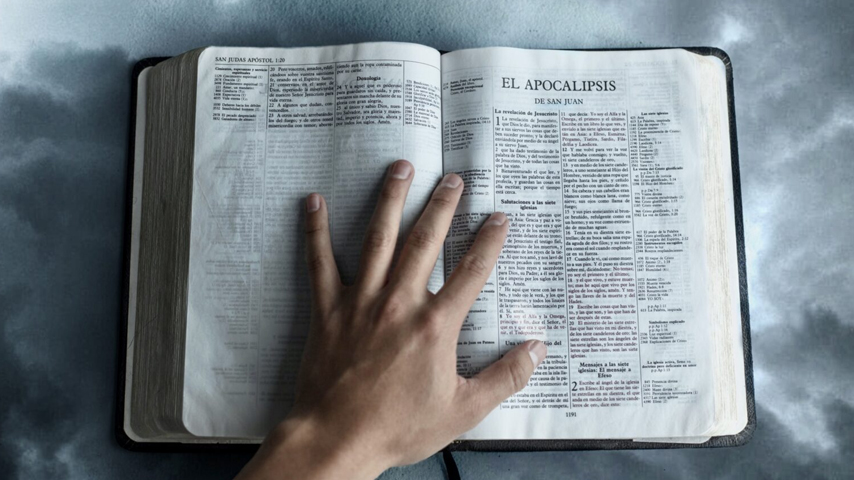 Those of us eagerly awaiting Jesus’ appearance did not expect to see so many signs of the coming kingdom of the antichrist before going home to be with our Savior. We never anticipated seeing so much vile wickedness and demonic deception before the Rapture.

For that matter, I assumed that the Lord would severely judge America long before now.

“With such failed expectations,” one might ask, “why do I believe Jesus will soon appear to take us home? Why do I remain convinced that we live in the season of His return for His church?”

It’s because the world is so very close to the fulfillment of Revelation 6:1-8, and Scripture assures us that we will be with Jesus in heaven before these riders begin their deadly trek across planet earth.

Can you guess who wrote the following (without peeking ahead)?

“I have heard the distant sound of hoofbeats. I have seen the evil riders on the horizons of our lives. I am still an evangelist whose one goal is to proclaim new life in Christ, but there is serious trouble ahead for our world, for all of us who live in it, and in the four horsemen of the Apocalypse there is both a warning and wisdom for those troubled days ahead.”

If these things were true back in 1983 when Billy Graham penned these words, how much more so today? How near must we be to Jesus’ appearing?

What sounds do we hear today that point to the nearness of the Lord opening the seal judgments of Revelation 6?

THE CLAMOR OF THE NEW WORLD ORDER ON OUR DOORSTEP

Revelation 6:1-2 tells us about the first seal, the first rider:

Revelation‬ ‭6:1-2‬ ‭KJV‬‬ – “And I saw when the Lamb opened one of the seals, and I heard, as it were the noise of thunder, one of the four beasts saying, Come and see. And I saw, and behold a white horse: and he that sat on him had a bow; and a crown was given unto him: and he went forth conquering, and to conquer.”

Many, including me, believe these verses refer to the antichrist bringing the world together under his rule. The absence of an arrow in the bow points to that absence of force, although he will gather an impressive arsenal of weapons during his campaign.

2 Thessalonians 2:1-8 assures us that the Rapture will happen before this “man of lawlessness” makes his presence known on the world scene. However, we already see the formation of this coming New World Order through the UN and the World Economic Forum (WEF). Without firing a shot, they have gained the allegiance of most world leaders for their Marxist plans to enslave the people of the world.

The globalists no longer hide their intentions. President Biden recently asserted his allegiance to the New World Order. Klaus Schwab, the head of the WEF, recently asked the 2,600 delegates to his annual meeting in Davos, Switzerland, to work aggressively to bring about the communistic, totalitarian agenda advocated by him as well as those in attendance.

He opened the meeting by saying that “the future is not just happening; the future is built by us, by a powerful community, as you here in this room.”

In other words, the globalists believe they have the means to reshape the world according to their agenda via the influence they have gained over the global leaders of our day. Can you hear the sound of the first horse getting ready to ride?

THE SABER-RATTLING OF NUCLEAR WAR

The second rider is that of war as John describes in Revelation 6:3-4:

Revelation‬ ‭6:3-4‬ ‭KJV‬‬ – “And when he had opened the second seal, I heard the second beast say, Come and see. And there went out another horse that was red: and power was given to him that sat thereon to take peace from the earth, and that they should kill one another: and there was given unto him a great sword.”

I’m old enough to remember the Cuban Missile Crisis in the early 1960s. I did not fully understand what was happening at the time, but I sensed the fear. At school, we had drills in which we would hide under our desks (as if that would help in a nuclear conflict).

I believe the threat today is at least equal to that time if not far greater, but the mainstream media is diverting our attention away from the current and present danger to matters such as pride month and the January 6 hearings.

Those who are truly awake today clearly see these looming threats to world peace:

When we put these threats together with the words of Revelation 6:8 that tell us war will play a part in killing a fourth of the world’s population, it seems likely that perhaps one or more of these threats will happen.

Do these dangers not beg the question regarding the nearness of Rapture? Could the saber-rattling of Russia, China, and North Korea be the sound of the second horse getting ready to ride?

THE VOICES PREDICTING ECONOMIC DEVASTATION BY THE END OF 2022

The words of Revelation 6:5-6 point to economic devastation:

Revelation‬ ‭6:5-6‬ ‭KJV‬‬ – “And when he had opened the third seal, I heard the third beast say, Come and see. And I beheld, and lo a black horse; and he that sat on him had a pair of balances in his hand. And I heard a voice in the midst of the four beasts say, A measure of wheat for a penny, and three measures of barley for a penny; and see thou hurt not the oil and the wine.”

If you think that the world is not on the brink of the conditions described in these verses, you are not paying attention. We are frightfully close!

In the U.S., the reported inflation rate for May was 8.6%, which is the highest in forty years. For most people, however, the cost of living is accelerating much, much faster than that. President Biden recently assured us that this high rate of inflation in the U.S. will continue for the foreseeable future.

The voices warning of devastating world food shortages by the end of 2022 are far too many to ignore.

Goya Foods CEO Bob Unanue recently told Fox News that the world is on the brink of a food crisis. “We are on the precipice of a global food crisis,” he told Maria Bartiromo.

“It’s a hurricane. Right now, it’s kind of sunny, things are doing fine, everyone thinks the Fed can handle this . . . . That hurricane is right out there, down the road, coming our way. We just don’t know if it’s a minor one or Superstorm Sandy or Andrew or something like that. You better brace yourself.”

Rockefeller Foundation President Rajiv Shah described what is soon to unfold as a “massive, immediate food crisis that will strike the entire world, leaving no country untouched.”[iv]

I have lost count of the many food processing plants that have gone up in flames during the past twelve months.

Why are so many shepherds of our day ignoring the numerous warnings regarding the food catastrophe that’s rapidly approaching? Do they not hear the sound of approaching hoofbeats?

THE UNHEEDED WARNINGS OF A GLOBAL HOLOCAUST

The result of all these approaching horrors will be a death count higher than anything the world has seen since the Genesis 6 flood. Revelation 6:7-8 describes what the world will experience when Jesus opens the fourth seal:

Revelation‬ ‭6:7-8‬ ‭KJV‬‬ – “And when he had opened the fourth seal, I heard the voice of the fourth beast say, Come and see. And I looked, and behold a pale horse: and his name that sat on him was Death, and Hell followed with him. And power was given unto them over the fourth part of the earth, to kill with sword, and with hunger, and with death, and with the beasts of the earth.”

Right now, one-fourth of the world’s population would be almost two billion people, and that’s just the beginning of tribulation woes.

A nuclear conflict could possibly kill hundreds of millions and this threat looms as a distinct possibility in the near future.

It’s also easy to see how the coming food crisis could kill a vast number of people. Africa would likely suffer the most at first, but as the contrived food crisis expands, western nations will soon see the death toll skyrocket.

Those pushing the U.S. Green New Deal and the UN’s Agenda 2030 warn that we will feel pain as the world transitions away from fossil fuels. This most certainly will include mass starvation as green energy will not suffice to meet the needs of the world’s population. It cannot even come close.

The death toll from the COVID-19 “vaccines” is staggering with many predicting it will get far worse in the months to come.

While it may seem that human actors cause the devastation of the first four seals, we must remember that God is Sovereign over all the affairs of mankind. It’s the Lord who opens the seals and allows the destruction that follows.

Numerous Old Testament prophets warned of these coming judgments under the heading of “the Day of the Lord.” The book of Revelation adds details to what God has warned about down through the centuries. There will be a time when God’s patience ends and the words of Psalm 75:8 come to pass.

THE TRUMPET SOUND IS EVER SO CLOSE

While there are many other signs telling us that Jesus’ appearing is ever so close, I always come back to the four riders of Revelation 6 whenever I start to wonder if it will happen anytime soon. It’s only God’s amazing patience that has kept the horsemen of Revelation 6 in their stalls during the four decades since Billy Graham wrote Approaching Hoofbeats.

How much longer will the Lord wait before He catches us up in the air and later opens the seals?

Will the Rapture happen in my lifetime? I cannot say; but given the nearness of the coming time of tribulation, I certainly believe it’s a valid and reasonable hope even as I approach seventy years of age.

Even though my hearing has diminished some with age, I hear the sounds of approaching hoofbeats on the pavement. But what I anticipate next is the sound of the trumpet and my departure from earth to the place that Jesus is preparing for me and for all those who know Him as their Savior.

The Signs of the End are Converging

Wait Harvesters For Time Is At Hand – The Messenger