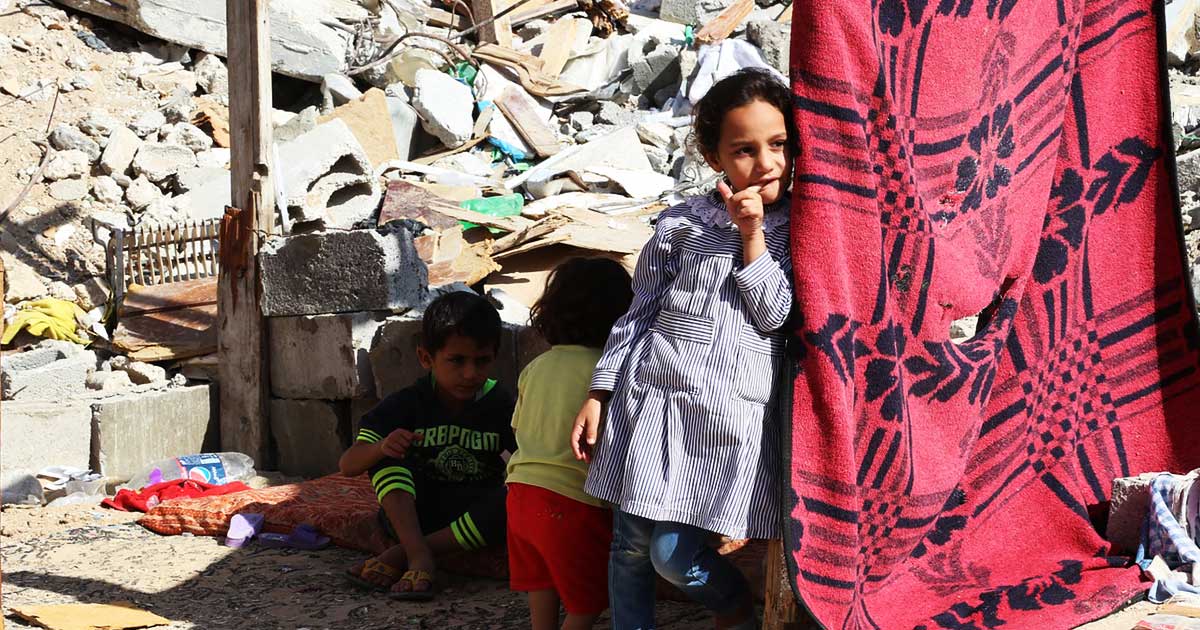 I wish I could show you the infrastructure in Gaza but there is not one. Israel has destroyed power plants, airports, water treatment plants, even hospitals. This is collective punishment under international law.

Democratic presidential candidates should stop trying to figure out how to appeal to Trump voters, moderates, conservatives, independents and anyone else who is “on the fence.” If anyone is seriously “on the fence” these days, they are either playing you or morally bankrupt.

I am a mother, physician, small business owner and yoga teacher. I deeply care about the future of the world and our country.

I travel to Gaza as often as I am allowed in by Israel. I work in various clinics throughout Gaza offering medical education, mental health care and yoga classes for trauma survivors (everyone in Gaza is a trauma survivor).

In July 2017, I even took my 10-year-old daughter to Gaza as an International Student Ambassador in the annual United Nations Gaza Summer Fun Weeks Camp.

I understand that all the Democratic presidential candidates support Israel. I’m not arguing the opposite. I want to share with you some of their realities. I wish I could personally take every single one of you to Gaza with me. I wish you could bear witness so you can understand that existence is resistance.

I wish I could show you the “Jews only” roads and checkpoints. I wish you could have walked along the concrete wall with barbed wire and automatic rifles aimed at Palestinians. You would see spent tear gas canisters and rubber bullets in Bethlehem along this hideous wall. Most canisters read “Made in USA.” It is often the first introduction Palestinian children get to the US.

I wish you could walk the caged walk through the “kill zone” just to enter Gaza.

Israel kills anything that moves though it belongs to Gaza and is fertile ground. While walking through the cage my first time, Israel Defence Forces (IDF) soldiers killed two young men because they went to the edge and threw rocks, acres from the soldiers.

I wish you could see how most of the people look; with sunken eyes and nearly every bone in their skeleton outlined from malnourishment. During the 2014 assault on Gaza, there were reports from international sources of Israeli officials bragging about how they “put Gaza on a diet?”

Read: How Israel punishes those who protest

I wish I could show you the infrastructure in Gaza but there is not one. Israel has destroyed power plants, airports, water treatment plants, even hospitals. This is collective punishment under international law.

Gazans have no freedom of movement. Israel controls everything that enters and leaves, denying trivial items like cilantro to life-saving chemotherapies.

Can you imagine life under these conditions for one day?

Stop talking about Hamas and IDF as though they are equals. They are not. Stop referring to Palestinians as “militants” or “terrorists.” They are people with hopes, dreams, love and faults; like you and me.

It’s not true a Jew will be killed in Gaza. One of my colleagues wore her Star of David earrings every day. She was welcomed as warmly as me.

For Palestinians it is not about religion. It is about occupation.

I wish that you could have held the dying baby I held last October. Majid (“glory” in Arabic) was dying from a severe birth defect. His father had contacted my friend for help. The apartment was bare minus a few dirty cushions. Majid was comatose but could hear. I sang to him and kissed his cheek.

I witnessed first hand the March of Return. I saw a sea of women peacefully leading the protest. I wish you could have watched Dabke (traditional Palestinian dance) the protesters were doing; risking death just for resisting occupation.

I know what it actually feels like to have 110 Israeli (made in USA) missiles fall on you at night. I hate fireworks now.

Injustice cannot go on forever. I believe you want to be on the right side of history when justice prevails.

Every single American has blood on their hands; $10 million per day goes to Israel to perpetuate these atrocities.

I won’t give my resources to any candidate who does not actively work for justice, not only for the sake of the oppressed, but the souls of the oppressor.

Be a true progressive. Stop trying to just beat Trump. Do what is just.

Niall Ferguson: Seven Worst-Case Scenarios From The War In Ukraine

Wars And Rumors Of Wars: Prophecy Playing Out, Mass Deception In End Times