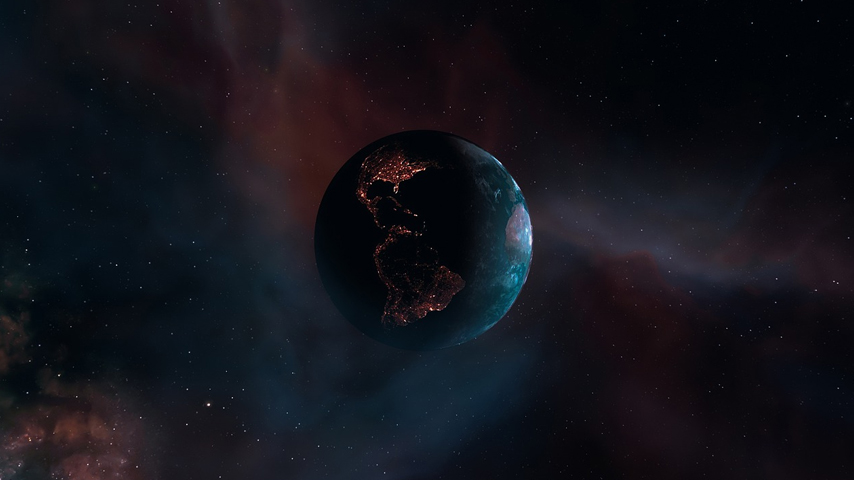 The executive director of the UN’s World Food Program is saying that we are now facing “a catastrophe on top of a catastrophe”.  Unfortunately, he is not exaggerating.  The global price of food was skyrocketing even before the war on the other side of the world erupted, and now many of the countries that are extremely dependent on agricultural exports from Ukraine and Russia are going to have to turn elsewhere for answers.  Meanwhile, severe drought is threatening production in the other major “breadbasket” of the world.  We are being warned that the winter wheat harvest in the U.S. could be “disastrous” this year, and that is very unwelcome news.  Because if some sort of miracle does not happen, we will soon see hunger and famine on a scale that once would have been unimaginable to many people.

We really are facing a “perfect storm” as far as global food production is concerned.  The following comes from a recent New York Times article…

Ukrainian farms are about to miss critical planting and harvesting seasons. European fertilizer plants are significantly cutting production because of high energy prices. Farmers from Brazil to Texas are cutting back on fertilizer, threatening the size of the next harvests.

China, facing its worst wheat crop in decades after severe flooding, is planning to buy much more of the world’s dwindling supply. And India, which ordinarily exports a small amount of wheat, has already seen foreign demand more than triple compared with last year.

This is something that I have been warning about for months, and now the mainstream media is finally acknowledging that we have a truly historic challenge on our hands.

In fact, they are not openly admitting that fertilizer prices have “more than doubled or tripled in price over the past year”…

In another ominous signal to fertilizer customers, earlier this month European fertilizer producers said they were slowing or halting production because of soaring energy prices. Many fertilizers are made with natural gas.

The world’s major fertilizers have now more than doubled or tripled in price over the past year.

Actually, in some cases, fertilizer prices have actually quadrupled.

How are the poorer parts of the world supposed to deal with that?

Sadly, absurd fertilizer prices will result in dramatically reduced agricultural production all over the globe this year, and the executive director of the UN’s World Food Program is publicly warning that we are heading into the worst global food crisis “since World War II”…

The looming disaster is laying bare the consequences of a major war in the modern era of globalization. Prices for food, fertilizer, oil, gas and even metals like aluminum, nickel and palladium are all rising fast — and experts expect worse as the effects cascade.

“Ukraine has only compounded a catastrophe on top of a catastrophe,” said David M. Beasley, the executive director of the World Food Program, the United Nations agency that feeds 125 million people a day. “There is no precedent even close to this since World War II.”

There will be famine in many parts of the globe in 2022.

Starting on page 44 of my latest book, I specifically warned that we were heading into a time of global famine.

Now even the United Nations is admitting that it is upon us, and things are only going to get worse in the months ahead.

But many Americans simply will not care about this crisis until it affects them personally.

Of course, the truth is that many Americans are now starting “to feel the financial squeeze” of rapidly rising food prices.  The following comes from the Washington Post…

As war continues to ravage Ukraine, Americans, particularly those who live paycheck to paycheck, are beginning to feel the financial squeeze on their food prices from the conflict half a world away.

It began with a rapid rise in gas prices. Now, with Russian oil banned in the United States and energy scarcity heightened globally, experts say shoppers can expect their grocery bills to rise in coming months – especially if Ukraine misses its wheat planting season.

The good news is that nobody is facing starvation in the United States at this point.

Food bank officials are reporting growing lines at their distribution centers nationwide. Rates of reported hunger have been increasing since early August, when nearly 8 percent of respondents said they “sometimes” or “often” did not have enough to eat, according to data from the Census Household Pulse Survey.

In early February, 10 percent of those polled said their household sometimes doesn’t have enough to eat. That uptick is more significant for households with children, rising to 13 percent, although off from pandemic peaks.

In the months ahead, do you think that global energy prices will go up or down?

To me, the answer to that question is quite obvious.

And the higher fertilizer prices shoot up, the worse this new global hunger crisis will become.

Ever since the start of the COVID pandemic, the number of people around the world that do not have enough food to eat has been steadily rising.

Now the war in Ukraine has taken things to an entirely new level, and experts such as David Beasley are openly admitting that we simply are not going to be able to feed everyone.

So what happens if another “black swan event” takes place?

For example, what will happen if China invades Taiwan?

Or what will happen if another global pandemic suddenly erupts?

We are so vulnerable right now, and it isn’t going to take much to push our world into a complete and utter food production nightmare.

Wars And Rumors Of Wars: Prophecy Playing Out, Mass Deception In End Times