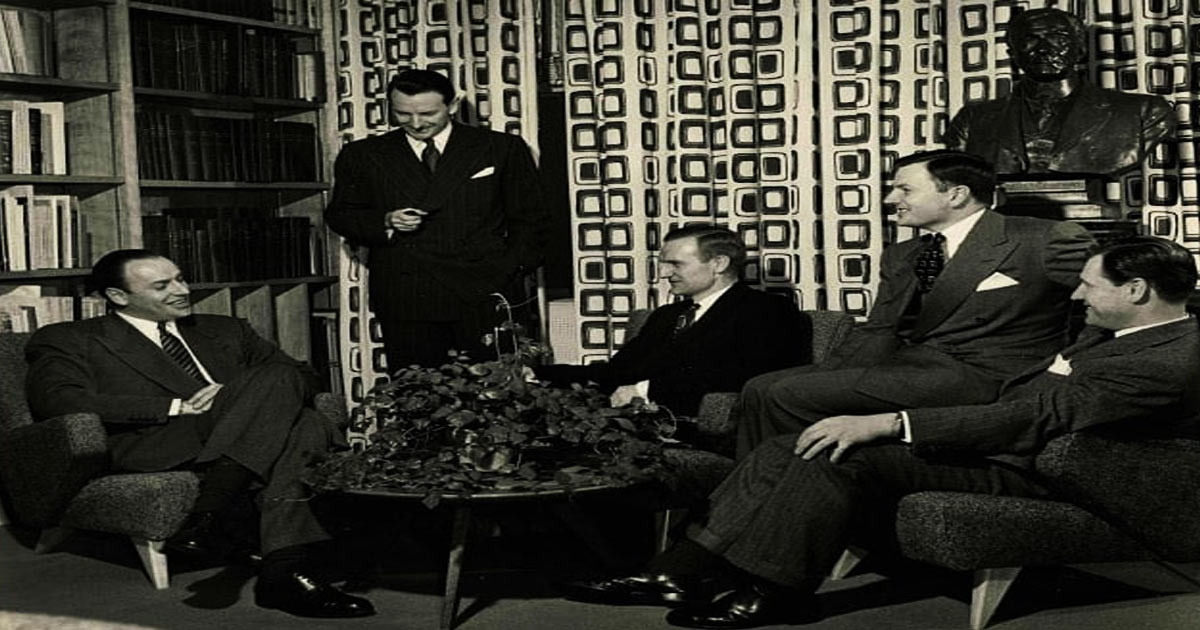 Perhaps you have heard of the Rockefellers, and the often romantic tale told of the riches that accompany their mark on Americana. John Davidson Rockefeller, (1839-1937) the patriarch of the family, was the first billionaire in the United States.

Often we are told he lived the American dream, pulling himself up by his boot straps and working tirelessly to build his family’s wealth.

The truth that has come out over the years, however, is that Rockefeller was a Nazi sympathizer and fascist wealth gatherer who used others for his own whims.

Rockefeller amassed his wealth almost entirely with a global strong hold on oil production – a habit common to companies that rape foreign soil and instigate war, and are still practicing today.

He also dabbled in steel, railroads and banking, establishing monopolies in the industries he pursued.

His grandfather was a snake-oil salesman who sold ‘cancer’ cures to the public, mostly women, as he traveled across the United States, calling himself, ‘the celebrated Dr. Livingston.’

There’s nothing like good press and propaganda to make a decent living. The same man was also indicted for rape, but never formally charged.

The Rockefeller duplicity of character and complete disregard for public health have carried into almost every aspect of modern corporatism. We no longer make laws based on the well being of the public at large.

Corporations are allowed to dump toxins like oil into oceans, and are free to grow and market GM foods when they are proven to cause cancer, stop organ functioning and cause infertility.

Banking systems, via the Federal Reserve, and other fluffy brokerage houses are given carte blanch to rape us, by gambling away our money, sucking down an ever-expanding barrel of cash through tax dollars, and shoving huge debts off onto the people of multiple countries.

We are also sold ‘cancer’ cures in the form of chemo and radiation when they are being proven to cause death in many cases while definitely supporting a booming industry monopolized by a small handful of pharmaceutical companies.

We’ve been sold snake oil, in the very least, and it appears more likely that we are part of a greater plan, which the Nazis first introduced pre-WWII, and which the Rockefellers sympathized with.

Eugenics, or population cleansing and control are happening whether you want to use that specific terminology or not.

In the 1900s, a group of Californians exported the idea of Eugenics, to Nazi Germany. It became the third state to instate laws that supported cleansing for a ‘master race.’

Ultimately, in California, and other states, eugenics practitioners coercively sterilized some 60,000 Americans, barred the marriage of thousands, forcibly segregated thousands in “colonies,” and persecuted untold numbers in ways we are just learning about. (hnn.us)

Joseph Pulitzer is digging deeper into the Rockefeller past and if nothing else, it points to our ‘roots’ in corporate wealth in ways that many of us have never imagined were possible. The legacy of the Rockefeller family has impacted our country but also the global culture in very real ways.

America is based on lies and usury at best, and pure evil at worst when you consider the mindset of those who would sterilize unsuspecting women.

So what can we do to take back our country? Corporate capitalism and ‘inverted totalitarianism’ obviously haven’t worked. Are there better ways for people to survive in today’s toxic world?

Gift economies have been suggested, with a radical belief that the more you give, the more you get. This type of economy would also drive people to give form their true passions, instead of being motivated purely by greed.

Others have suggested returning to a simpler way of life, choosing to purchase fewer things, and invest more in people and experiences. Ultimately it will have to be a system of governance that honors both the individual and the whole, with a truly integrated benevolence that honors both.

Communism only honors the grand ideas of an ‘all-seeing’ or ‘all-knowing’ leader, subsuming the individual completely into complete oblivion. Capitalism is all self-centered.

A new world will have to look hard and cold at our past mistakes, and take into account the needs of both the microcosmic part and the macrocosmic whole.

If you have suggestions on how to organize society to avoid the greed that has currently compromised the entire global parade, please suggest them below.

About the author: Christina Sarich is a musician, yogi, humanitarian and freelance writer who channels many hours of studying Lao Tzu, Paramahansa Yogananda, Rob Brezny, Miles Davis, and Tom Robbins into interesting tidbits to help you Wake up Your Sleepy Little Head, and See the Big Picture. Her blog is Yoga for the New World. Her latest book is Pharma Sutra: Healing the Body And Mind Through the Art of Yoga

Illuminati Vowed in 1969: “Travel Will Be More Difficult”