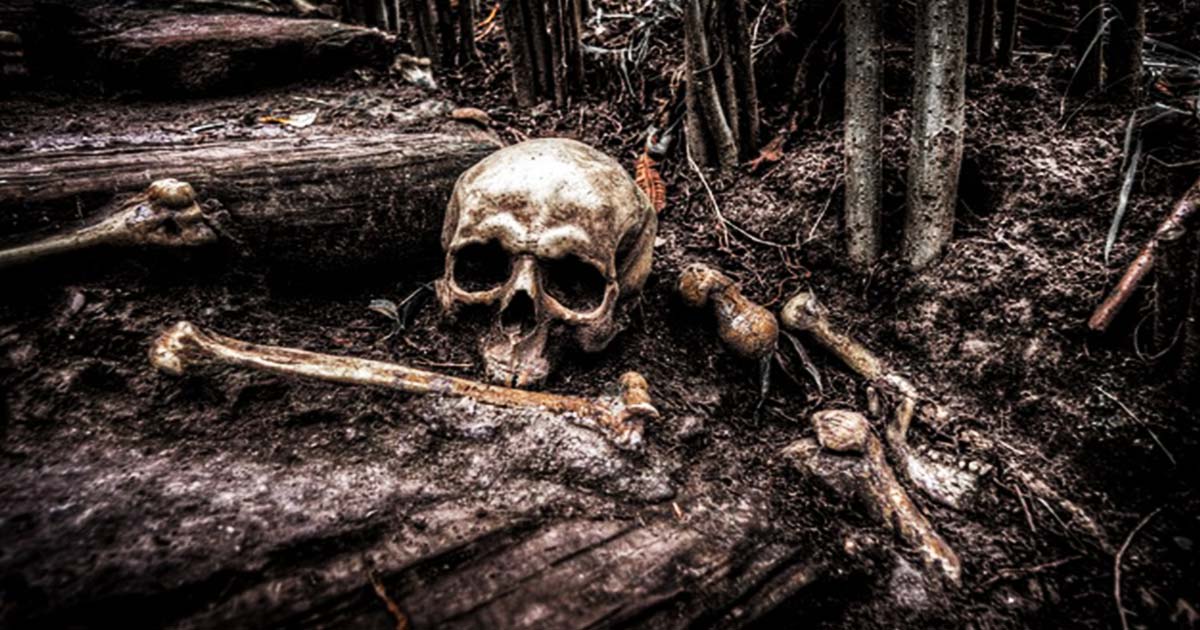 Secret societies have fundamentally shaped America’s cultural and political landscapes. In ways that are expected but never explicit, the bonds made through the most elite of secret societies have won members Pulitzer Prizes, governorships, and even presidencies. At the apex of these institutions stands Yale University and its rumored twenty-six secret societies.

From powerful members to mysterious rituals, Yale’s Skull and Bones Society has long been associated with secrets and conspiracy theories.

Legend has it that in 1918, under cover of darkness, Yale student Prescott S. Bush, dug up the grave of Geronimo.

Bush, along with several co-conspirators took the skull and two bones of the famed Apache leader back to Yale University in New Haven, Conn., where they’ve been on display at the headquarters of one of America’s most mysterious secret societies.

Bush, the father of President George H.W. Bush and grandfather of George W., is a Bonesman. He, along with his cohorts, was a member of an elite club at Yale University known as the Skull and Bones Society.

Throughout history, some of the most prominent American figures have been Bonesmen, handpicked members of Yale’s undergraduate class selected to join the ranks of elite students.

In addition to the Bush’s — both H.W. and W. followed in Prescott’s footsteps during their time at the university — members have included hundreds of government officials, such as former Secretary of State John Kerry, as well as members of the entertainment industry, such as actor Paul Giamatti.

Aside from notable alumni, and a few legends, not much is known about the elusive society.

Started in 1832, 131 years after the University opened its doors, the society was founded after some of the existing societies fell into conflict over an awards ceremony.

To stop the conflict and reach a conclusion, members from the Linonia, the Brothers in Unity and the Calliopean societies diverged from their respective groups and formed the Skull and Bones society.

William Huntington-Russel and Alphonso Taft took it upon themselves to create the society, and along with 12 other members, formed the inaugural class.

Since 1832, every spring the society chooses fifteen new members from the junior class, including women in the process only since the early 90’s. Among those considered are leaders on campus, and notable names the society believes it could benefit from in the future.

The initiation process of the society has been long shrouded in secrecy, driving many to believe that it involves occult practices, black magic, and even animal sacrifices.

The House of Bush: Born in a Bank

Like all societies at the university (of which there are seven), the Skull and Bones society have a headquarters. Known colloquially as the Tomb, the Skull and Bones Hall is a gothic, windowless building on High Street, just off campus, where the members can gather for meetings and events.

It is also the rumored resting place of the bones of Geronimo, after being stolen by Prescott Bush, as well as the skulls of former president Martin Van Buren and Mexican revolutionary Pancho Villa.

In addition to the Tomb, the society also owns Deer Island, a small plot of land in the St. Lawrence River. The purpose of the island, described as run down and relatively derelict, is to be a retreat, a place where the members can go for the weekend to “rekindle old friendships.”

Due to the secrecy and elitism promoted by the society, the Skull and Bones Society, as well as the Bonesmen, have long been the subject of conspiracy theories.

Some claim that the group was behind the Kennedy assassination, that they were responsible for creating the nuclear bomb, that they are sponsored and influenced by the Illuminati, and even that they control the entire Central Intelligence Agency.

However, the theories, as insane as some of them may sound, aren’t really that off base when considering the members.

At different points throughout history, Bonesmen have had control over the fortunes of the Rockefellers, the Carnegies, and the Fords.

They’ve also had members rise through the ranks and obtain high offices in the Council on Foreign Relations, powerful media corporations such as Time, and, of course, three Presidents of the United States (William Howard Taft, in addition to the Bushes).

In fact, during the 2004 Presidential Election, both the Republican and Democratic nominees, Kerry and W. Bush, were former Bonesman.

Despite the theories and accusations surrounding them, Bonesmen have remained notoriously silent about what goes on in their inner sanctum. Both Kerry and Bush were asked about life as Bonesmen during the 2004 election, but neither would comment.

“So secret, I can’t say anything more,” W. Bush added in his autobiography.

The Order at Yale is not a fraternity. It’s a 15 member per year Senior only group (selected by the outgoing Senior group in what can only be described as a satanic homoerotic initiation) that doesn’t begin their lifelong work as Boners until they leave Yale. Antony Sutton connects the dots and makes the last 150 years of world history become much clearer as he identifies how members of the Order have placed themselves in key positions of influence throughout government, banking, education, and all industries.