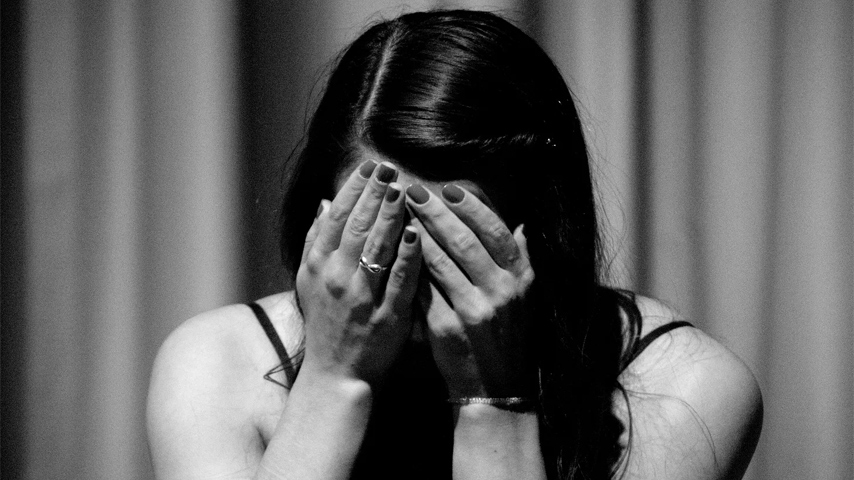 Sin changes something deep within us. This becomes clear in the first chapters of the Bible when Adam and Eve lived in innocence in the Garden of Eden. The final description of them, right before they sinned, says they “were both naked, the man and his wife, and were not ashamed” (Genesis 2:25).

Before they ate from the Tree of the Knowledge of Good and Evil, Adam and Eve were pure and innocent in their relationships—with each other and with God. They didn’t notice they were naked any more than a dog wonders why it’s not wearing clothing. Then they sinned, and their eyes were opened, and they suddenly felt shame at their nakedness. After disobeying God, they gained the knowledge of evil, and that’s when shame entered the Garden. So they sewed fig leaves together to cover themselves (Genesis 3:7).

Our impulse is always to hide our sin. We don’t want anyone to see it, but our guilt strips us bare. Suddenly they knew guilt, fear, pride, and shame. They felt naked and exposed. They turned their eyes from God to themselves. Innocence disappeared, and nakedness became associated with shame.

This will change at the Rapture.

Unaware of Their Own Problems

Consider two Scripture passages from the book of Revelation. The first is to the Church at Laodicea—the one Jesus condemned for being lukewarm:

“Because you say, ‘I am rich, have become wealthy, and have need of nothing’—and do not know that you are wretched, miserable, poor, blind, and naked— 18 I counsel you to buy from Me gold refined in the fire, that you may be rich; and white garments, that you may be clothed, that the shame of your nakedness may not be revealed; and anoint your eyes with eye salve, that you may see.”—Revelation 3:17–18

Jesus doesn’t have very many good things to say to this church, where the believers don’t even seem to be aware of their own problems. They are like the emperor in Hans Christian Andersen’s fairytale, The Emperor’s New Clothes—they are naked and don’t even know it.

The believers in Laodicea think everything is fine because they have wealth and prosperity. However, Jesus tells them they are “wretched, miserable, poor, blind, and naked.” The Laodiceans may be physically wealthy but they are spiritually poor.

Those Who are Watching

The second passage in Revelation is a caution for believers and a warning for unbelievers:

“Behold, I am coming as a thief. Blessed is he who watches, and keeps his garments, lest he walk naked and they see his shame.”—Revelation 16:15

In this passage, right in the middle of describing the sixth bowl judgment and the gathering of the world’s armies at Armageddon, Jesus warns believers and unbelievers alike about being clothed when He returns. What does this mean?

One traditional interpretation of the background of this verse is that priests in the Jewish Temple stood to watch during various times. If they were to fall asleep while on watch—a failure of duty—their clothing was burned, and they had to return home naked.

I don’t know if this is a true account, but I do know the warning is serious. In the Garden, Adam and Eve were ashamed when God came looking for them because of their nakedness. That’s why they made clothes for themselves.

Those who are unprepared for the Rapture will face a similar shame. Believers should be clothed in the righteousness of Jesus, and they should also put on the whole armor of God. As royal priests, we must be dressed and ready—alert and on the watch for the return of Jesus.

Meanwhile, the people in Laodicea were covering their own shame with riches and self-reliance. Both passages in Revelation associate nakedness with shame. Both describe people who are not ready to be in God’s presence.

Jesus came to restore us to God. When we come to Him in childlike faith, we become as innocent as Adam and Eve were before they knew sin. We see this in the words of Jesus in a well-known passage from the Gospel of Mark:

“Assuredly, I say to you, whoever does not receive the kingdom of God as a little child will by no means enter it.” 16 And He took them up in His arms, laid His hands on them, and blessed them.—Mark 10:15–16

Children are dependent on those who care for them. Before they learn the ways of adults, children do not try to mask or hide their thoughts and feelings. It is this natural humility Jesus calls His followers to recover—the humility and wonder of children.

This kind of humility is not contrived, nor is it worn as a mask to deceive. It is natural and authentic. The world wants us to do whatever we can to stay on top and to call attention to ourselves. When we can’t, the world says we should “fake it ’til you make it” or hide our failures. But Jesus offers us childlike innocence and humility. And when the Rapture happens, all the hiding and pretending will end.

Right now, we continue to struggle with pride and shame. But when Jesus returns, five things will happen simultaneously that relate to our shame and innocence:

When the Rapture occurs, we will be transformed. We will become instantly innocent. We will be forever unashamed. Jesus will renew all things in the ultimate act of restoration.

Are you ready? If you are a believer, I urge you to stay close to the Lord. Look up! Jesus is coming, so remember, “Blessed is he who watches.” Prepare yourself. Continually examine your heart and remove anything that would draw you away from the Lord. When we see Jesus, He will restore all things. Innocence will return, and shame will be gone.

This Age of Grace is almost over – Lynne Johnson