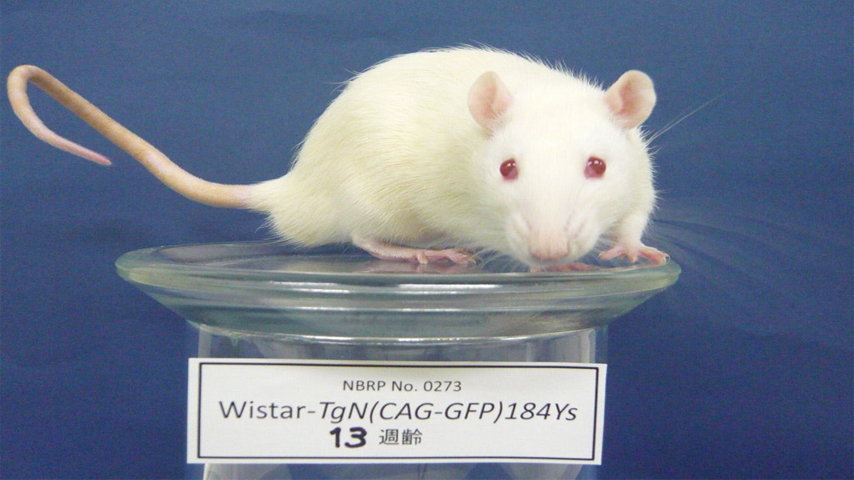 I have been taking my time diving into the 6 pages of documents dumped as part of the Pfizer data ‘revelations’. The ‘data’ in these documents is elusive, to say the least, and even the documents are in some cases still redacted in places and others are inexplicably difficult to extract data from. I decided to focus on the Final Report entitled “A Tissue Distribution Study of a [3H]-Labelled Lipid NanoParticle-mRNA Formulation Containing ALC-0315 and ALC-0159 Following Intramuscular Administration in Wistar Han Rats” in Test Facility Study No. 185350 [FDA-CBER-2021-5683-0013962]. This study was sponsored by Acuitas Therapeutics Inc., 6190 Agronomy Road, Suite 402, Vancouver, British Columbia, V6T 1Z3 Canada (Sponsor Reference No. ALC-NC-0552).

The tables of interest to me are on pages 23-27. They summarize the data gathered in the exploration of the mean (sexes-combined/separate) concentration and recovery of total radioactivity in whole blood, plasma and tissues following single intramuscular (IM) administration of [3H]-08-A01-C01 to Wistar Han Rats. The target dose level was 50 ug mRNA per animal with 1.29 mg total lipid per animal. But I am also interested in the tables for the original dose data. I will get to those at the end.

It is noteworthy that the original dose was meant to be 100 ug, but this did bad things to the rats. They referred to these bad things as ‘adverse clinical signs’. What, like death?1

Initially, 21 male rats were dosed at 100 ug mRNA/animal. Some adverse clinical signs were observed after approximately 24 hours post-dose and a subsequent review of the data showed concentrations were well detected in tissues. After discussions with the Sponsor, the target dose level was lowered to 50 ug mRNA/animal by amendment for the remainder of the study.

Results expressed as total lipid concentration (ug lipid equiv/g (mL)) and percentage of the administered dose. To be clear, they labeled lipids akin to the lipids used as delivery vehicles for the mRNA in the COVID-mRNA injectable products2 with a radioactive isotope that can be measured on-site. 3H or Tritium, a rare and radioactive isotope of hydrogen, is commonly used as a label for a variety of probes and substrates used in in vitro assays. The rats are typical ‘lab models’ for various assays. Poor little guys. Thank you for your unwilling sacrifice.

First interesting result: This is a summary of the concentrations of the IM-injected 50 ug dose in the rats. The following plot does not separate by gender. It is clear to see that 18.05% of the 50 ug dose accumulates in the liver after just 8 hours and remains at this concentration for up to the 48-hour mark. It is unknown if this plateau trend continued or if the increase in concentration continued. Since the dose is The target dose level was 50 ug mRNA per animal with 1.29 mg total lipid per animal. So this means that the liver cells that contained the lipids had accumulations of 9 ug of mRNA and 0.23 mg of total lipid after just 8 hours. It is notable that the dose given in a typical Pfizer mRNA shot is 30 ug of modRNA in a 0.3 ml dose so the dose of mRNA to the rats is higher than for the human but we don’t really know how much lipid nanoparticle is delivered to the human. I would make an educated guess that it would be about 0.8 mg. But that’s just a guess.

Second interesting result: I chose the liver, spleen and adrenals accumulation to plot by gender. The female accumulation appears to be higher and increasing at the 48-hour mark. I wonder if it continues to increase. Accumulation in the spleen? And the adrenals? What effects would this have? The adrenals play a critical role in the Renin Angiotensin Aldosterone System (RAAS) pathway to regulate blood pressure and electrolyte levels. You’ll notice the accumulations are almost 1/3 of the original dose in the case of the female accumulation following 48 hours.

Third interesting result: Accumulation in the ovaries. Do we need to report more? Perhaps even more disturbing than the 12% mean concentration of lipids in the ovaries at the 48-hour mark is the slope of the trajectory. I am not promoting leaving the poor rats alive to suffer the effects of the radiolabeled-lipid bio-accumulation, but I do wonder what would have happened had they extended the post-dose sacrifice times beyond 48 hours. What would the concentrations be at hour 72 or 96 or 168, etc…? I am absolutely not saying that the accumulation rate is exponential as portrayed in Figure 3 (right), but considering what this study is a model for, I think it is vital to investigate this.

The last point of interest I think that is noteworthy is the very rapid accumulations in the organs when the dose was higher at 100 ug.

This chart is perhaps the most striking of them all. The charts above already reveal accumulation in the liver, spleen, adrenals and ovaries, but what this chart reveals is that a higher injected dose results in higher concentrations of lipids after just 24 hours. The concentrations hit the ~30, 25 and 15 marks after about 6 hours for the liver, spleen and adrenals, respectively. I remarked previously on the relevance of knowing if the accumulation continues post hour 48 and it appears as though when the dose is higher, the accumulation peaks at ~50 and then suddenly drops. It would be equally interesting to know if this drop in concentration continues. I mean, it’s kind of irrelevant to ask since the rats started to die. However, this data is only for males.

You’ll notice in Figure 2 that the accumulation/concentration trends are consistently different for males and females subjects: the females appear to keep accumulating post 48 hours. Figure 5 shows both doses (50 and 100 ug) superimposed and the effects of accumulation in the liver, spleen and adrenals of male rat subjects. It is clear that the higher dose (red) results in a faster and higher peak concentration of lipids in these organs. What is not known, is whether or not the drop in concentration following hour 24 occurs in both females and males. I suspect based on the trends observed in the female that we would not see this drop in concentration.

I wrote this data up for two main reasons:

In order for this article to be complete, I need to do a comprehensive write-up of the functions of the organs listed here. But in short, the adrenal glands are endocrine glands that produce a variety of hormones including adrenaline and aldosterone and cortisol. The spleen is essential for filtering blood and the liver is also essential for maintaining waste removal and in the regulation of blood sugar levels, among other things. These organs of course comprise parts of the system of the human body and work in complex harmony. Ultimately, the effects of high concentrations of Lipid NanoParticles (LNPs) in these organs are known. Also unknown, is the effect of the production of massive amounts of spike protein using the modRNA templates carried by these LNPs.

If this study’s results had been presented in a balanced way, the conclusions would not simply have been that most of the LNPs were found at the site injection. Rather, a more truthful and balanced conclusion may have been something like this:

Although the greatest mean tissue concentration remained at the injection site, biodistribution was clearly demonstrated and lipids were found in high concentrations in the liver, spleen, adrenals and ovaries following a short time period of 48 hours. Whether or not the accumulation continued following this time period is unknown. More research is required before trials on humans are initiated.

In the 100 μg mRNA male group, approximately 24 h following administration, animal 021M was noted to have decreased activity, ungroomed, brown staining on the muzzle and irregular respiration. A decrease in body weight was noted in all remaining animals (approximately 16 g, equivalent to ca. 7% reduction of body weight) and food hoppers appeared untouched. By approximately 30 hours post-dose, animal 021M was also piloerection, hunched, and was hypersensitive to a noise stimulus. Animal 021M was humanely killed and the diagnostic necropsy carried out showed one finding in the liver (prominent lobular architecture). Additionally, animals 019M and 020M were hunched and piloerection from approximately 30 h post-dose onwards.

“The test item, 08-A01-C01, is an aqueous dispersion of lipid nanoparticles (LNP), comprised of a proprietary mixture of lipid components (including ALC-0315, ALC-0159, di-stearoyl phosphatidylcholine, and cholesterol) and mRNA. The test item contains trace amounts of radiolabelled [Cholesteryl-1,2-3H(N)]-Cholesteryl Hexadecyl Ether ([3H]-CHE), a non-exchangeable, non-metabolizable lipid marker used to monitor the disposition of the lipid nanoparticles (containing encapsulated mRNA). Once intracellular, the [3H]-CHE does not recirculate and therefore allows assessment of the distribution of the particles.”