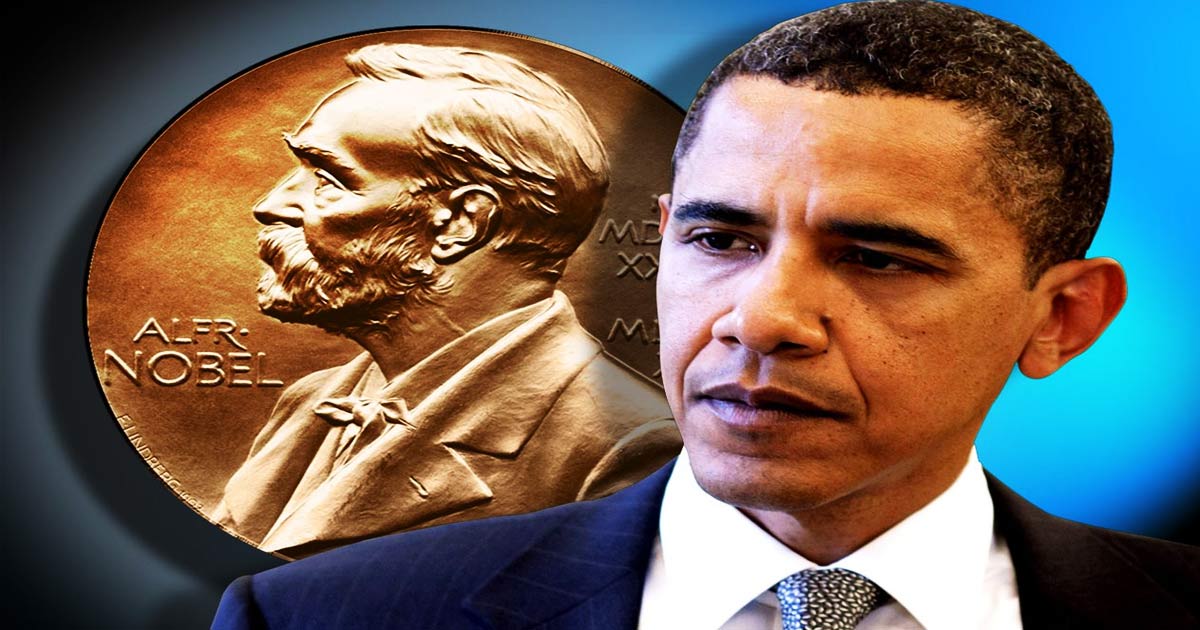 The Nobel Peace Prize was founded in 1901 by Alfred Nobel, an arms manufacturer. His family factory first gained notoriety for producing weapons for the Crimean War of 1853-1856. Alfred Nobel invented dynamite and various other powerful explosives. These explosives were used to devastate people in conflicts such as the Spanish-American War.

After Nobel’s brother died, because of a journalistic error, the public believed that Alfred Nobel had died. In his obituary, he was portrayed as an amoral businessman who made millions of dollars off of the deaths of others. His critics declared that “the merchant of death is dead” and that Alfred Nobel “became rich by finding ways to kill more people faster than ever before.”

According to Live Science, this discovery shocked Nobel, and to improve his legacy, “one year before he died in 1896, Nobel signed his last will and testament, which set aside the majority of his vast estate to establish the five Nobel Prizes, including one awarded for the pursuit of peace.” This may very well have been a genuine act, but it is important to draw parallels between the origin of the award and its not so peaceful recipients. Here are three of the Nobel Peace Prize winners that turned out to be war criminals.

Henry Kissinger won the award in 1973 for his “efforts” to conclude the Vietnam War. What a joke. In 1968, Kissinger helped tank President Johnson’s peace talks on behalf of the Nixon campaign for political gain. Kissinger helped orchestrate the secret bombing of Cambodia. These bombing operations were known as Operation Menu and Operation Freedom Deal.

The carpet bombing of Cambodia led to the deaths of 10,000s, if not 100,000s, of Cambodian civilians. The total death count has been estimated to be as high as 500,000 (most estimates range between 150,000-300,000 deaths). The vast majority of these deaths are considered to be civilians because of the indiscriminate nature of the carpet bombing. These bombings also destabilized Cambodia and allowed for the rise of the genocidal ruler, Pol-Pot. The bombing campaign was so gratuitous that it made Congress pass the War Powers Resolution in 1973, in an attempt to curb the bombing campaign.

With all of that being said, Kissinger still won the award for his role in the Paris Peace Accords. The peace talks began in 1968, the same year that Kissinger undermined the process to win an election for Nixon. After the agreement was signed in January 1973, it lasted less than two months before full-scale war broke out again in March 1973.

After winning the award, Henry Kissinger then proceeded to indirectly back Pol Pot’s genocide in Cambodia. This was done primarily as a way to put pressure on the former North Vietnamese Army. Pol-Pot’s genocide killed between 1.5-2 million people (20%-25% of Cambodia’s population).

Henry Kissinger’s crimes are not limited to Vietnam. He has a long bloody history in Latin America as well. Kissinger was a major proponent of Operation Condor. The highly secretive US-backed campaign enabled South American dictators to kill an estimated 60,000 to 80,000 people. It also led to political imprisonments of over 400,000 people. Transcripts of telephone conversations reveal that after President Allende’s election in 1970, Kissinger began plotting a coup with CIA director Richard Helm. After the 1973 coup in Chile, Kissinger, as Secretary of State, formalized close ties between Pinochet and the United States.

For years to come, Kissinger proceeded to have close ties with the Chilean dictator, Augusto Pinochet, who killed 1000s of his political opponents and imprisoned and tortured 10,000s more. Pinochet popularized death flights: a practice where people’s stomachs were cut open before they were tossed out of planes into the ocean.

Kissinger also backed Argentina’s military dictatorship. He was buddy-buddy with Jorge Videla, a dictator who disappeared an estimated 30,000 political dissidents. Videla also tortured political opponents and their families at secret concentration camps. Kissinger encouraged all of this brutality and praised the dictatorship for stamping out “terrorism.”

Henry Kissinger’s war crimes are far too numerous to neatly fit into one article. For a better understanding of his many war crimes that I left out, I recommend reading The Trail of Henry Kissinger.

In 2009, Barack Obama was awarded the Nobel Peace Prize for his “extraordinary efforts to strengthen international diplomacy and cooperation between people.” Before digging into Obama’s war crimes, I would like to add a few caveats. Obama is not exactly like Kissinger.

On the 2008 campaign trail, Obama did claim that he would meet with adversaries without preconditions. Furthermore, he followed through on this promise in two major ways. He successfully negotiated the Iran Deal and lifted the embargo on Cuba. These are not accomplishments that should be brushed aside. That being said, Obama’s diplomatic achievements are overshadowed by his imperialist failures. I also blame most of Obama’s failures on a lack of conviction in his values and not on any Machiavellian schemes. Most of Obama’s bad foreign policy decisions can be traced back to him getting rolled by people in the military industrial complex establishment like his CIA director John O. Brennan.

Barack Obama’s most reprehensible policy was his support of the Saudi Arabian-fueled genocide in Yemen. Obama authorized mid-air refueling to refuel Saudi bombers on average twice per day and he set up a Joint Planning Cell to give Saudi intelligence and logistical support to bomb Yemen.

Obama also approved 10s of billions in arms sales to Saudi Arabia that were used to devastate Yemen’s infrastructure and throw the country into a mass famine.

In 2016 alone, Obama’s policies led to the deaths of 63,000 Yemeni children. They died from preventable causes overwhelmingly linked to malnutrition. These deaths were caused by the Saudi bombing campaign and the de-facto blockade of humanitarian aid.

For example, Saudi Arabia, with US backing, bombed the cranes at the port of Hodeidah in August 2015. 70% of all humanitarian assistance to Yemen is channeled through Hodeidah. Bombing the cranes of the major port in this area is a war crime.

In fact, humanitarian aid groups warned that the US-backed August 2015 bombings would lead to mass child death in Yemen. The Obama administration’s support and aid of these siege warfare tactics was an abhorrent moral failure. It is highly unlikely that the war in Yemen would have even been possible without US support. Neither Saudi Arabia or the UAE had the ability to wage a sustained bombing campaign without outside support from a major imperialist power like the United States.

Barack Obama also authorized Operation Timber Sycamore, the CIA train-and-equip program in Syria. The multi-billion-dollar program armed and trained fighters to topple Assad. I personally believe that the Syrian conflict is not black and white. There is a lot of blame to go around. In my opinion, both pro-Assad and anti-Assad writers do not tell the entire complex story. Over half a dozen countries helped fuel the proxy war for different reasons, and Assad himself is not simply a victim of Western imperialism.

Those caveats aside, it is very clear that Timber Sycamore was a terrible idea that led to textbook mutual escalation that broke open the Syrian conflict further and might well be the reason that 100,000s more Syrians died. Billions of dollars were poured into “vetted” rebel groups. Many of these groups turned out to be Salafi jihadist groups and Muslim Brotherhood-linked groups that carried out ethnic murder and various other war crimes.

Among these groups that received either training or weapons were Ahrar al Sham, Jaysh al Islam, and Nour al-Din al-Zenki, all of whom have been accused of war crimes as per Amnesty International. The massive delivery of BGM-71 TOWs via Timber Sycamore is also sometimes cited (in my opinion correctly) as the policy that caused Russia to intervene in Syria. This is the aforementioned textbook case of mutual escalation.

Obama also set up a worldwide drone program that Noam Chomsky called “the most extreme terrorist campaign of modern times.” A study done in Afghanistan over a six-month period found that 90% of people killed in US drone strikes were not the intended targets. The Bureau of Investigative Journalism is one resource that has documented the high civilian casualty rate that occurred under Obama’s drone program (and continued and oftentimes increased under Trump’s administration).

Aung San Suu Kyi won the Nobel Peace Prize in 1991 for “her nonviolent struggle for democracy and human rights.” She is currently the State Counsellor (equivalent of prime minister) of Myanmar. State Counsellor Suu Kyi just oversaw one of the largest violent ethnic cleansing projects of the 21st century. It turns out that she fought for human rights and democracy…unless you are a Rohingya Muslim.

The crackdown on the Rohingya that Suu Kyi oversaw led to a conservative death toll of 10,000 Rohingya. The Myanmar military burned children alive and raped 1000s of Rohingya women. Since 2015, over 900,000 Rohingya have had to flee from Myanmar, mostly into neighboring Bangladesh.

There have been claims that the ethnic cleansing project may have been a response to violent Rohingya extremist groups that operated in the Rakhine State area of Myanmar. I find this to be plausible given the history of oppression that Rohingya faced and their subsequent insurrections dating back over a half a century.

However, this certainly does not excuse hacking Rohingya civilians to death with machetes (similar to what the Hutus did to the Tutsis in the Rwandan genocide)

State Counsellor Suu Kyi denied that an ethnic cleansing project was taking place and she backed the military crackdown. She gave cover for the war criminals in her military by stating “there have been allegations and counter-allegations…We have to listen to all of them.”

Suu Kyi proceeded to be the figurehead that attacked the International Criminal Court investigations into Myanmar’s ethnic cleansing project as “not in accordance with international law.” She proceeded to run interference for her military’s war crimes at the UN.

To be clear, as I alluded to above, not all Rohingya are innocent in the conflict. There are credible reports that tie some of the more extremist groups in Rakhine State to outside Saudi funding. But it is a false equivalency used by ethnic cleansing apologists to conflate all the Rohingya in Myanmar with Al Qaeda. Buddhist nationalists used the (likely) correct allegation that worldwide terrorism sponsor Saudi Arabia was funding a couple of Rohingya groups as an excuse to ethnically cleanse an entire population that is mostly peaceful.

It’s very simple. The Nobel Peace Prize is just like most other awards. Sometimes its distributors get it right and sometimes they get it wrong. The people that win awards do not win them based off of objective score cards about morality. They win these awards based off of media narratives.

When the Nobel Peace Prize awarded Martin Luther King Jr. with the award, they got it right. When they awarded Henry Kissinger with the award, they exposed themselves to be clowns of the highest order. Do not take awards like the Nobel Peace Prize seriously. They are popularity contests, where oftentimes those that are popular are actually in favor of abhorrent policies.

Delhi Riots and Trump Visit – What a coincidence?

World is ‘one miscalculation away from nuclear annihilation’ – UN chief