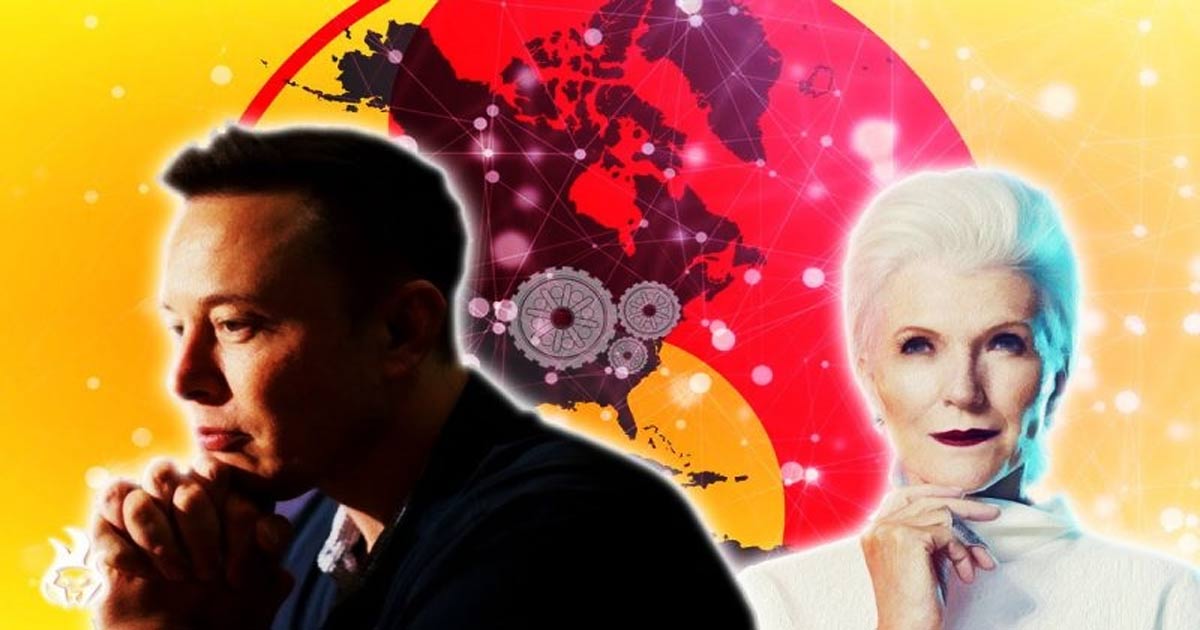 I was sent a handwritten letter from someone who said she was a Christian, and had contact with Elon Musk and his mother Maye Musk many years ago.

The author of the letter claimed that Elon was a “child of the Illuminati” being bred to be a world leader who can present the Mark of the Beast.

While such ideas are not completely ridiculous or out of line, especially on this channel, it was worth digging into some of what was claimed in the letter.

To my surprise, I was able to verify that Elon Musk’s grandfather, Joshua Haldeman, was in fact part of the Canadian Technocracy movement in the 1930’s to the point of being brought to trial after Technocracy was banned.

While many others did not get arrested, Elon’s grandfather “wasn’t so lucky.” But he was let go with all charges dropped, which in hindsight, breeds all kinds of suspicion.

Later that decade, he fathered Maye and Kaye (twins) in 1948 after marrying his second wife (he had 5 total children).

He would then take his family (including Maye) on expeditions to the Kalahari desert of South Africa, searching for a lost civilization that many revisionist and alt. historians consider part of the ancient city of Atlantis.

The other part of the handwritten letter claimed that Maye was into African witchcraft, which is plausible given she moved to South Africa (age 2-3) and lived there for many years of her youth.

The mention of Maye’s connection to Charles Manson and the Manson crime family in the letter is something I was unable to verify with my short and limited research for this video.

It is interesting to note however, that there are literally no results on Google, Bing, Startpage and the rest, that actually contains the keyphrases “Maye Musk” or “Maye Haldeman” and “Charles Manson.”

This could mean that there really is nothing there, or, it might be a purposeful “white washing” of any information that can be found on the topic online.

The letter goes on to state that Kaye Haldeman not only visited Charles Manson at one point in prison, becoming popular with the crime family by providing TV’s and other luxuries, but that she also conceived Elon’s sister Tosca at some point during her visits as well.

These claims are impossible for me to verify.

One thing that CAN be verified if someone can dig it up, is the claim that Maye is actually in a photo on the original Helter Skelter book. But again, this was a little bit outside of my resources for this video.

Finally, the letter claimed that Elon was “into darkness” and that he even levitated! Again, these are claims that I cannot verify.

It’s hard for me to believe anyone can actually levitate, but perhaps if he truly is assisted by dark spiritual beings, anything is possible, at least illusory.

No matter what the agenda behind Elon Musk and his technocratic family, we can rest easy knowing that Jesus Christ already defeated death, and promised us the eternal life that the elite men who run the world seek, simply for repenting and believing in Him!

Mark of the beast or not, we can know the truth will set us free.