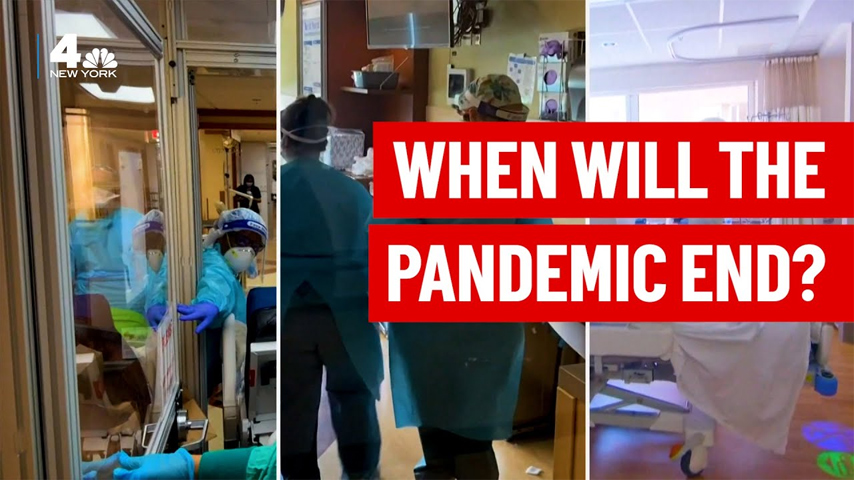 Pandemic, epidemic, endemic.  What is the difference?

What is an epidemic?

An epidemic disease is one “affecting many persons at the same time, and spreading from person to person in a locality where the disease is not permanently prevalent.” The World Health Organization (WHO) further specifies epidemic as occurring at the level of a region or community.

What is a pandemic?

Compared to an epidemic disease, a pandemic disease is an epidemic that has spread over a large area, that is, it’s “prevalent throughout an entire country, continent, or the whole world.”

What does endemic mean?

Endemic is an adjective that means natural to, native to, confined to, or widespread within a place or population of people.

Endemic is perhaps most commonly used to describe a disease that is prevalent in or restricted to a particular location, region, or population. For example, malaria is said to be endemic to tropical regions. In this context, it can also be used as a noun: an endemic disease can simply be called an endemic.

In short a disease that always comes back with no end in sight.

Why would I even bring this distinction of terms up?  Well, because they did.  And by ‘they’ I mean the dictators involved. The actual Cov/SARS farce lasted only a year with this second year being mostly the result of the kill shots and normal flu and cold season, which is waning all by itself regardless of the attempts to mangle the truth enough to keep the farce going.

Covid-19 is now an Endemic

Let us look at a couple of examples of that curiosity of events to illustrate it.

One of the world’s foremost secret satanic societies known as the Council of Foreign Relations asked the question “When Will COVID-19 Become Endemic?”   This question got me thinking – what is considered ‘Endemic’ about the plandemic?  They give the answer when they said “Epidemiologists say a disease is endemic when its presence becomes steady in a particular region, or at least predictable, as with seasonal influenza. But there’s no consensus on the conditions for meeting this benchmark. By this broad definition, endemicity doesn’t necessarily mean a disease is rare or common, mild or severe. For example, infection rates can still be high; they just have to remain static. Malaria, which is endemic in dozens of countries, mostly in sub-Saharan Africa, killed more than six hundred thousand people in 2020.”  That sounds like they are not producing enough Ivermectin to go around and it would be a safe bet that is on purpose.

OK, so they are saying that the disease has reached equilibrium or when there is enough protection from the disease to keep it from blowing out again.  They also said that “endemic disease can still (and often does) require a robust policy response” which means that there is no lowering of the standards or edicts that must be met by the population and according to them, that means that the population needs to be ‘vaccinated’ just about entirely, meaning that almost all of the population, all of the people MUST be inoculated with the murderous bio-weapon known as the C19 vaccination.  They then go on to explain why they think the push for at least yearly boosters may be required when they said “Governments should be prepared to handle the worst possibilities, such as a case in which the world’s current vaccines are unable to defend against a new variant….The WHO continues to advocate for increasing the global vaccination rate….dedicating more resources to developing new vaccines, particularly genetic material–based ones.”  I read that as saying more mRNA bio-weapons need to be developed to murder more people faster; new batches of killer boosters need to be in the pipeline.

And people obey their shady declarations as though it was the law itself or the gods speaking it.

“California becomes 1st state to downgrade pandemic to ‘endemic’” said Yahoo! Fake news and MSN echoed that when they claimed California claims to become the first state to treat the fake plandemic as an endemic.

“California’s governor announced a milestone Thursday, saying his state would become the first in the nation to treat the coronavirus as a manageable, endemic risk. His decision marks a significant new phase in the state’s covid response and could be a bellwether as officials elsewhere in the country look to resume a level of normalcy”

“We are moving past the crisis phase into a phase where we will work to live with this virus,” Gov. Gavin Newsom (D) said at a news conference.

“People are looking forward to turning the page,” he added. “They also need to know we have their back, we’re going to keep them safe, and we’re going to stay on top of this.”

California’s plan, he said, shifts from a “crisis mentality” to emphasize prevention and adaptability, allowing officials to step up measures to detect and contain fresh outbreaks, as well as to look out for new variants. It also includes more public campaigns against misinformation and the stockpiling of tests and equipment rather than mask mandates and business shutdowns.

Let’s take a closer look at what Gruesome Newsom said.  He is admitting that the planned scare is over, but not accepting that his power trip could be over as well.  He avows that he will stay on top of the farce to maintain his hold over people’s lives and that reinstatement of the draconian mandates has a high likelihood to be implemented.  But worse of all he echoed the DHS declaration that anyone that disagrees, mutters or even thinks anything that could be construed as not in complete acceptance of the New World Orders mandates of accepted thought and speech will be hounded and persecuted and lose their rank in the national good credit score system.  Take that you lousy cretins that do not accept our absolute rule and whims as God-given laws.

CBS News also covered this when they claimed that California is the first state to now call it an ‘Endemic’ and not a Pandemic.  I have included the video below.

California is first in the nation, eh?   In that article referenced above by the CFR, they mentioned that the world will follow the first state to make it an endemic disease, and it is fitting that the state that so many in this nutzoid world look up to as the leader in fashionable things would claim to be the first to try to hide away the Kill Shot as the reason for the continued tyranny by making it look more like something normal is going on.

Yep, and right on cue the leftist with no will of his own Governor of the State of Utah copy cat monkey that pretends to be “conservative” but follows proven paid captors of the CFR and other satanic secret societies like Mitt Romney they call Governor Cox said:

“Let me be clear that this is not the end of COVID….The changes don’t mean that Utah is “spiking the football….As the state, we are not packing up and heading home. We will continue to see cases and outbreaks and hospitalizations and, unfortunately, deaths. But it does mean we are adapting to how we respond to these things. There is still work to be done,”.

But worse is what he said about relaxing the mandates; “There are a whole bunch of people who are unvaccinated and unboosted and at high risk who should take this disease much more seriously. There are also a whole bunch of people in our state who are vaccinated and boosted and young and at low risk who could stand to take this disease a lot less seriously”.

The local arm of the official murder the patients for cash ‘hospital’ said “Intermountain Healthcare strongly encourages Utahns to continue to employ good preventive practices, including masking in public, avoiding large gatherings, and getting vaccinated or boosted to combat the transmission and severe health impacts of COVID,”.   And the second monkey in command under Cox said “Vaccines have saved a lot of lives, and they’ve prevented so much spread,” Henderson said, despite breakthrough cases like her recent second bout with COVID-19 that kept her home for weeks. Thanks to being vaccinated, she did not require hospitalization or ongoing supplemental oxygen this time, unlike her first case in 2020.”

The quotes above from the Deseret News article also state that “Utahns are ready for what would be the endemic phase of COVID-19, he said. Unlike during a pandemic, when the exponential spread of a globe encompasses the globe, a disease is considered endemic when outbreaks are more limited, even though hospitalizations and deaths continue” which means nothing more than they plan on putting mandates back in place for whatever reason they can twist into that definition.  The change in status from Plandemic to Endemic means nothing more than continuing fascist crap in the time to come.

And of course “Health officials continue to push for mass vaccination despite VAERS being overwhelmed with reports of vaccine-related deaths” as Natural News put it in their recent article of the same name.  Although Mary Villarea’s great article concerns VAERS data not being accepted as proof of the effectiveness of the murder shot killing people, the headline alone gives the information I wanted to convey.

Do not be surprised when your state or locality declares that the covid emergency is relaxing a bit and they change the name of the tyrannical mandates from Pandemic to Endemic.  It is endemic to the insanity of pathological monkeys to never give up on newfound power and control.

The Conman Elites That Want To “Save Us” From The Coronavirus

Elon Musk Vows to Crackdown Even Harder on Hate Speech: “The ADL Will Moderate Twitter”