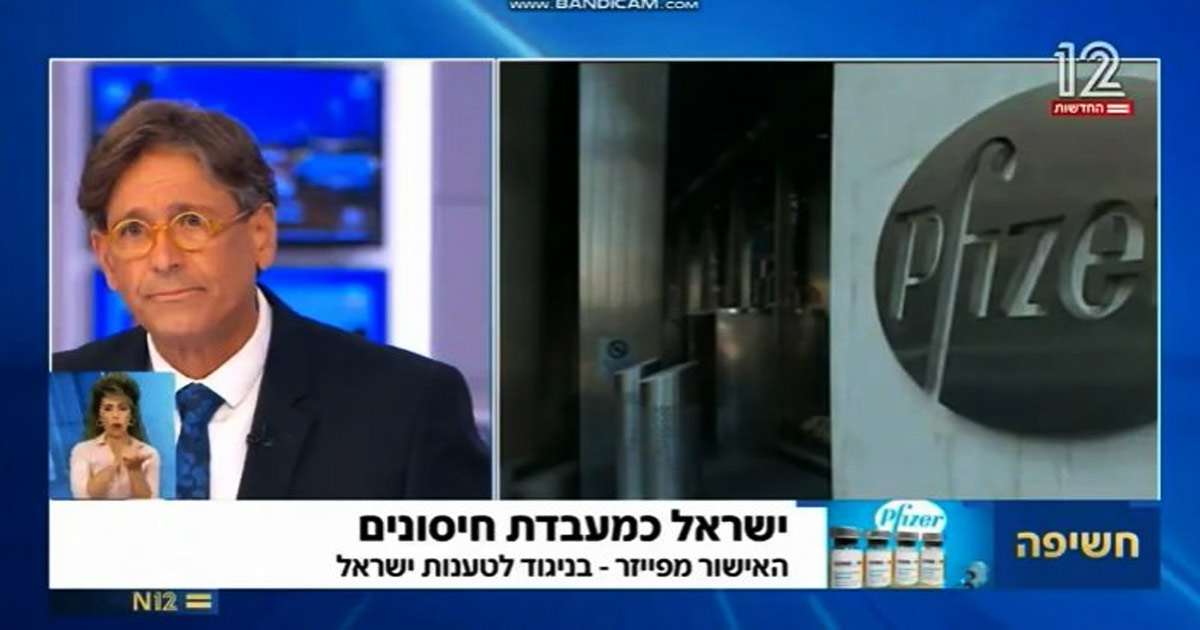 Israeli TV recently exposed a leaked Zoom call with Pfizer Vice President and Chief Scientist, Dr. Philip Dormitzer, who stated that because Pfizer had an exclusive agreement with the Israeli Minister of Health to use only Pfizer’s COVID-19 vaccines exclusively, Israel was the laboratory of the world and that by looking at the high percentage of Israel’s population that is now vaccinated, they can predict what will happen in the U.S. a couple of months later.

An Israeli doctor was also interviewed on Israeli TV recently stating that the vaccine is not working, as 90% of the hospitalizations are among those fully vaccinated, and many of them are seriously injured.

Here is the report (English subtitles at the bottom) from our Bitchute channel:


Health Impact News published a report by Vera Sharav back in February of this year who exposed this secret contract between Pfizer and Binyamin Netanyahu to use the Israeli population as lab rats in the world’s first-ever authorized mRNA COVID-19 “vaccine.” See:

Are More People Being Harmed by the Pfizer Experimental “Vaccine” than from COVID? Israeli Population Now the World’s Lab Rats Sold Out to Pfizer

And for those hoping that there will be a Nuremberg 2.0 to punish the crimes of the pharmaceutical companies and complicit governments in genocide, here is a scene from the 1961 film, Judgment at Nuremberg, where the German attorney gives his closing arguments, played by Maximilian Schell who won an Oscar for Best Actor for his role, in an all-star cast including Spencer Tracy, Judy Garland, Marlene Dietrich, Montgomery Clift, Richard Widmark, and Burt Lancaster.