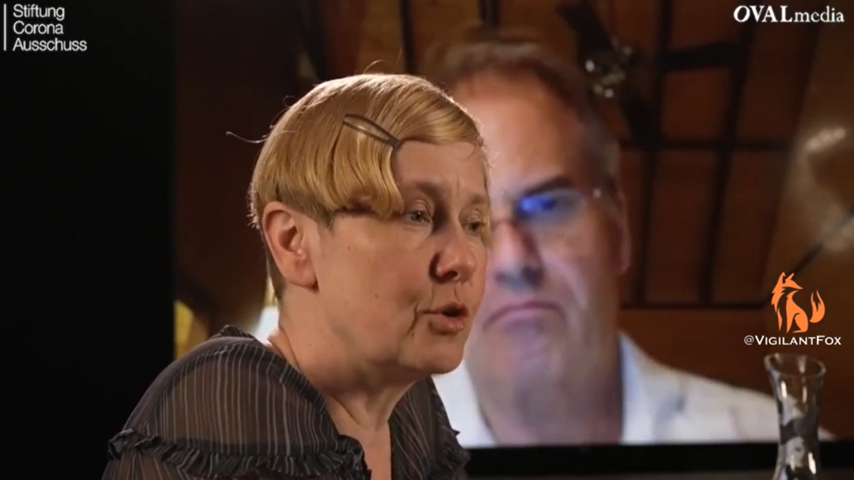 “They were blood clots the length of the leg, but after you wash the blood away… ” This stuff is crazy either way, but the real question is ‘is it true?’

We keep seeing this graphene oxide and graphene hydroxide coming up from multiple different experts from around the world. Some have even died after reporting on it.

One of the more recent reports came from Attorney Todd Callender, and you can see what he had to say in the video clip below.

Viviane Fischer: Do you think there’s something in the vaccine that’s, so that makes it possible to detect from the outside? With what they’ve been vaccinated?

Attorney Todd Callender: The answer is yes. And we already know that. So if you were to look at it, I believe it’s exhibit four in our preliminary injunction, and I’ll send that to you. We actually did mass spectrometry on the shots on both Moderna and on the Pfizer shots. And in there, we found certain components to do exactly what it is you described, including a chemical compound called luciferase. But if you look up sm 102, because of the Moderna shot and I think it’s ALC 1035 in the Pfizer shot.

Those have the components to understand who has been shot and who hasn’t. Of course, you would have seen lots of other people that have done a variety of studies that people are now setting off Bluetooth signals. That’s been well verified. It appears, based on our mass spectrometry, that they didn’t actually include graphene oxide in the shots. What I’ve come to find instead is they included all the base compounds in order for the bodies to produce their own graphene oxide.

One of our experts testified that the use of electromagnetic radiation, EMF radiation, and what’s coming out of your cell phone signals will actually cause the growth of a 300% increase in graphene dioxide. Is that right? Hydroxide, sorry, graphene hydroxide inside the human body. So all they have to do is put the base chemicals into the user, expose them to a certain level of magnetic radiation, so phone signals at a certain frequency, and those people will actually grow graphene hydroxide inside of them.

And you would have seen this again, one of our experts was a mortician. He couldn’t get the embalming fluid into the cadavers about, I guess, was January of last year. And so he opened up their arms and their legs, and he pulled out these great giant sheets. They were blood clots the length of the leg, but after you wash the blood away, they were actually sheets. Those components are ostensibly graphene hydroxide. So it is happening. We know that for a fact. There are autopsies that prove this. Science approves it. Dr. Ryan Cole has quite a bit of that science as well. So the short answer to your question is yes, we know that people are showing up to airports with fictitious vaccine passports, and the customs agents already know you’re not vaccinated. That’s a forgery. Here we are in the age of digitization. There’s no way that you can fake it.

This stuff is crazy either way, but the real question is, ‘is it true?’

Based on the different comments I’ve seen around the internet, the science isn’t exactly settled.

Here are just a few of them…

“The spike that the vaccines cause your body to create is plenty dangerous on its own without the need to go down the woo woo rabbit hole.”

“BS like this tarnishes your credibility. Only the most rigorous science, please.”

“5G…..Why do you think the cellular networks are pushing it so hard? Trade in your old piece of shit phone and get a brand new 5G phone free….. it’s right in your face.”

“It’s about time I saw someone talk about the graphene hydroxide. Dr. Noack in Germany raised this in November 2021. He and his team from Germany and Spain discovered this. And interestingly enough, within a handful of hours after he released the video, he died. Some people think that he was killed with sound frequency… The bottom line is this been out for a while, and I’m glad that it’s finally getting airplay.”

“I absolutely agree! I’ve watched about 6 hrs of interviews with another “controversial” doc (Dr. Richard Fleming), who seems to be collaborating with Reiner Fuellmich. All the info is on point.”

You can see the full segment below.

UK Gov. released a report confirming the Vaccinated account for 3 in every 4 Omicron Hospitalizations