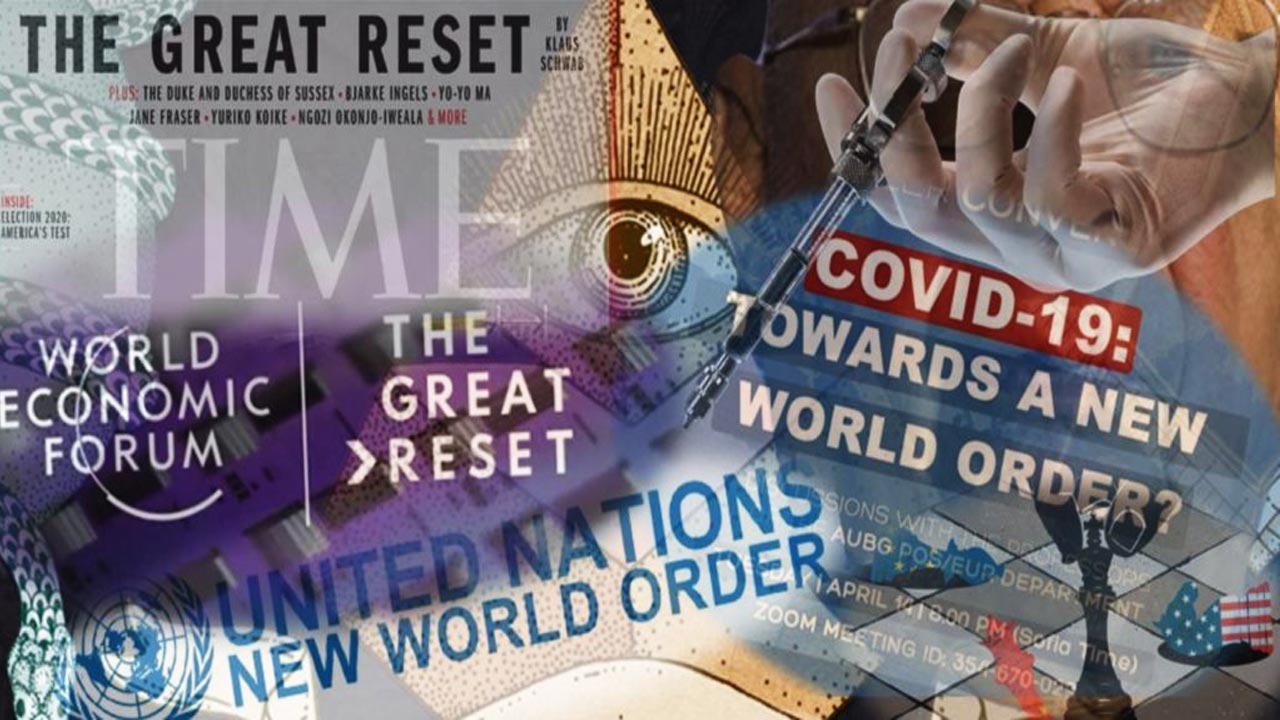 In a recent Op-Ed, I had outlined the causes and ramifications of a looming supply chain crisis. Shortfalls in fundamental goods and services, however, are just the surface symptoms of a silent, protracted war against human merit.

Throughout history, the most universal and indispensable asset has been human resources. Civilizations were built on human ingenuity. Yet, despite the 21st-century hoopla over smart cities, smart workers and smart futures of every kind, it is ironic that talent shortages persist in nearly every critical sector. In the United States alone, labour productivity recently hit a 40-year low even as unemployment claims dropped. How does one explain this anomaly? Perhaps, the “no jabs no jobs” mandate has crushed worker morale?

The global labour crisis was brewing for decades and yet nothing was done to address this problem. According to a Korn Ferry study in 2018, global talent shortages were expected to cost $8.452 trillion in lost financial revenue by 2030. The Wuhan outbreak of 2019 will have added yet-unquantifiable exponentials to this figure.

The World Economic Forum (WEF) nonetheless remains optimistic. WEF founder Klaus Schwab sees an opportunity here to “revamp all aspects of our societies and economies, from education to social contracts and working conditions.” He is of course referring to a totalitarian solution called the Great Reset. The roadmap to this reset has never been satisfactorily explained.  We are only given reductionist soundbytes and glossy visual clips which scrupulous avoid some troubling questions: How is the Great Reset going to be achieved? What are the phases, action plans and milestones leading up to 2030? Is the reset predicated on the erosion of national sovereignty? Can the post-reset world accommodate eight billion-plus humans by 2030?

To deflect these niggling questions, the WEF and its ilk have been distracting the public with a daily barrage of alleged existential crises. Unsurprisingly, experts who understood these possible dangers, and who could have played a role in mitigating them, have been systematically locked out from relevant platforms – both at the national and international levels. In their stead, the globalist elite triumphantly promoted the dross of the earth in the name of “inclusivity”, “diversity”, “equality” and “open societies”.  The bovine marionettes in charge of our societies today do not possess the intelligence, spunk or moral fibre to question the slew of contradictions, human rights consequences and critical gaps evident in the Great Reset project.

It looks as if our world was deliberately engineered to fail. Vacuous rhetoric like Build Back Better and the New Normal only serves to pull wool over the sheeple’s eyes. Unremitting global lockdowns also shield the elite in Noah’s ark-type cocoon while the foundations of the Great Reset are being surreptitiously laid. The capstone in 2030 may take the form of an incarnated Tower of Babel that will have total ownership over a decimated global population.

The long-running intellectual pogrom (aka global talent shortage) has been accompanied by an accelerated erosion in individual ownership – just as the WEF had promised. How can you own anything when you are repeatedly subjected to lockdowns that separate you from your source of income? How can you generate new sources of income when interaction-dependent undertakings are suppressed? As recent events have shown, there will be no respite even when you are double-, triple- or quadruple-jabbed. This is no longer about a virus; it is about global panoptic control.

The suppression of global talent has fuelled a desideratum of lunatic pursuits dressed-up (or more appropriately “cross-dressed”) as “science”. Medicine is at the forefront of this travesty. Medical experts such as CDC director Dr.Rochelle Walensky promote the science of gender-bending when they are not ratcheting up the pandemic narrative. US Assistant Health Secretary Rachel Levine (birth name suppressed by Wikipedia) arguably generates more headlines over gender (mis)pronouns than over the plethora of US healthcare woes.

Bent expertise naturally spawns bent science. Mothers and pregnant women are now redesignated as “birthing people”; men can give birth and lactate against the order of nature, and traditional genders are taxonomized into “people with penises” and “people with vaginas”.  It gets worse. Arguments justifying paedophilia include respectable terminologies like Minor Attracted Person (MAP).

This gangrenous “science” also deems traditional spelling, grammar and punctuation norms to be racist as academia is now a playground for philanthropic blackmail. The ongoing explosion in scientific inanities is simply too exhaustive to be enumerated here. Nonetheless, it is important to note its origins in Marxist theory. Just as Karl Marx advocated an “intrinsic value” for goods and services – rather than the laws of supply and demand — competency must likewise reflect a vague intrinsic “effort”.  The results are predictable. Only the most pliant, clueless and debased are allowed to prosper during the build-up to the Great Reset. (Their fate post-2030 would be obvious to the commonsensical observer). Untold billions have been pumped into the media and universities worldwide to propagate this pandemic of madness. Why? Because it enriches the merchants of mass ignorance.

Albert Einstein’s admonition that “science can flourish only in an atmosphere of free speech” is deemed irrelevant in the New Normal. Repeat a lie a thousand times, it becomes truth; repeat it a million times a day and it becomes a new religion fused with pseudosciences. This naturally leads to the type of mass psychosis or mass formation we are witnessing today.

Traditionally, insanities like these will eventually bury a civilization under the weight of its collective psychosis. Another would rise to offer an alternative, usually via an invasion. To prevent history from repeating itself, the Great Reset was contrived to prevent the emergence of competing power structures. Enter the WEF-centralized Transnational Capitalist Class (TCC) and its puppets across the corridors of power far and wide.

Is it any wonder that rejection letters over medical exemptions for COVID-19 vaccines employ the same tone and syntax across different geographical zones? Who is centralizing these policies, activities and communique, sometimes down to the last typo?

Casualties of the New Science

The new science is creating more contradictions than consensus. In fact, it is generating nothing but a never-ending pantomime of nonsense. Leaders who want to “save our planet” from climate change have paradoxically reduced their cities into insanitary nightmares. The rot has metastasized into every sector.

But let us return to the pandemic narrative. While “experts” falsely parrot a scientific lie called the “pandemic of the unvaccinated”, they cannot explain why Gibraltar, where more than 99% of the population is vaccinated, is witnessing a COVID surge. Similar patterns are repeated in highly-vaccinated nations. The correlations between high vaccination rates and coronavirus surges continue to be either misrepresented, disparaged or censored.  Establishment experts cannot explain why Africa, with its low vaccination figures, is not reeling from the coronavirus.  I have yet to see recent viral clips of Africans gasping for life in COVID isolation wards. Similarly, India, with a 30% adult vaccination rate, is faring far better than Malaysia with an alleged 96% inoculation rate for the same cohort as of October/November 2021. These contradictions no longer faze corrupt medical establishments. It is the top-down dictates that matter. If their job depends on including “climate change” on death certificates, then so be it. Lives are now a matter of doctored statistics.

In this cauldron of universal deceit, predators of all forms are having a field day. In one telling example, lockdowns have enabled rats and other pests to systematically destroy our agricultural lifelines. Yet, robots and drones used to enforce human social distancing are not being redeployed to safeguard our bread baskets. Where is the sense of proportion?

In the line with the long-running war against human talent, highly skilled personnel continue to be purged from critical industries under the pretext of vaccine mandates. Recent purge targets include top nuclear scientists at the sensitive Los Alamos National Laboratory, 12,000 US Air Force personnel and thousands of firefighters and policemen in the United States alone. Hundreds of thousands of doctors and healthcare professionals worldwide are facing the sack for refusing to submit to the vaccine mandate. Imagine the consequences?

The implications go far beyond an arbitrary personnel reshuffle. Among the unvaxxed include the most educated and skilled cohorts in the world. An unusual number of them have PhDs. We need their skills and ideas to resolve a variety of future challenges. But they are also standing in the way of the Great Reset project.

The genocidal Pol Pot would have understood the plot.