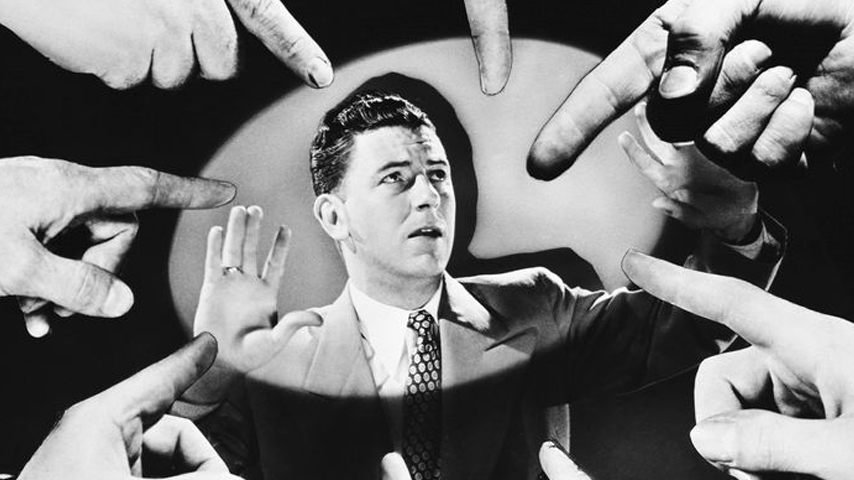 What is the root of all evil? Money? No, not really. Money is just a tool, like a hammer, a wrench or even a gun. When I think of evil I don’t envision a handgun or a rifle or a big pile of hundred dollar bills. Instead, I see nightly news talking heads spreading disinformation and fear. I see mobs of over-emotional and ignorant activists setting fire to buildings, and tearing things down because they don’t know how to build anything useful and new. And above it all, I see a small group of elites hovering, licking their chops as they fantasize about the potential power that can be gained from exploiting the chaos.

There have been multiple criminal events and national emergencies over the past few years that leftists have been very quick to hijack or scapegoat conservatives, often with embarrassing results for themselves. The most recent was the Colorado “Club Q” shooting in which 5 people died and at least 19 were injured. Here was the mainstream media’s reaction to the event, with little to no facts on hand to back their claims:

Leftists use a very predictable strategy when it comes to these kinds of high-profile criminal acts – Immediately blame all conservatives and conservative principles for the crimes of one man. Even if the event had nothing to do with conservatives, let the public think it did. If a gun is involved, blame the legality of guns in general as if the weapon is the problem rather than the mental illness or psychopathy of the perpetrator.

As it turns out, the Club Q shooter suspect, Anderson Aldrich, is actually a member of the LGBT community and identifies as non-binary with They/Them pronouns. Watch this CNN anchor’s response as she is forced to admit on air that the suspect does not fit CNN’s original narrative:

She is clearly upset and bewildered at the revelation, and the guests even start making excuses, suggesting that perhaps the suspect is lying about his gender identity (which is rather ironic). But why did they react this way? Aren’t they supposed to be objective journalists merely reporting the facts as they become available? Yes, I realize the very idea is ridiculous, but it shouldn’t be. The mainstream is a hostile force seeking to demonize around half the population of America and we have grown used to it.

With this latest information on the Club Q shooting the story has all but disappeared from the news feeds as if it never happened. Just like the Waukesha Massacre perpetrated by a BLM supporter, or the alleged attack on Nancy Pelosi’s husband, Paul Pelosi, and dozens of other recent crimes in which the facts do not serve the establishment narrative.

What can we learn about leftists from the Club Q scenario in particular?

First, they are robotic in their responses rather than empathetic. They never pause to consider the complexities of the situation or wait to find out the truth. They jump to the conclusions they WISH were true, rather than seeking to learn more. Much like children.

Second, though the vast majority of crime in the US is committed within Democrat-controlled cities and states, the left only wants to highlight a certain type of crime – mass shootings by straight white males. These events serve their political interests while the others do not. You will not hear Democrats mention the high murder rate or black-on-black crime in anti-gun cities like Chicago, for instance. They don’t care, because there are no benefits or power to be squeezed from that ongoing tragedy.

Third, leftists are not interested in justice, they are interested in control. Justice is about punishing the people that actually committed the crime, but for them, punishment of a suspect is secondary to the control that might be derived from the fear and panic the crime caused. Leftists will use any and every crisis or tragedy to demonize their political opponents.

Fourth, leftists will happily stand on the bodies of victims to undermine rational conservative positions. In the aftermath of Club Q, there was a mass campaign to attack the conservative stance against the grooming of children in public schools and “all ages” drag shows. Leftists have decided for some reason that the sexualization of children is a hill they are willing to die on, and they will stop at nothing to justify drag dances and gender identity propaganda targeting kids.

We can speculate on why Democrats are so obsessed with getting kids in front of dancing drag queens flashing their crotches or forcing kids to use made-up identity pronouns while questioning their biology, but the simplest explanation is that they want to groom impressionable children into the leftist fold so that they can be controlled for the rest of their lives.

It’s not the LGBT part that we have a big problem with, it’s the manipulation and targeting of children we have a problem with. Even if the Club Q shooter turned out to be a hardcore conservative instead of a trans person, that still wouldn’t change the underlying situation. Two things can be true at the same time – Mass murder is wrong, and targeting children with political ideology and gender cultism is also wrong.

Fifth, leftists often claim they have no interest in taking away American gun rights while at the same time demanding our guns be taken. It seems schizophrenic if you don’t understand the concept of gaslighting, but narcissistic people often learn that saying one thing and doing the opposite is an excellent way to confuse their victims.

As mentioned, they don’t care about most crime in the US; they even try to deny rising crime statistics. However, they LOVE mass shootings, especially the tiny percentage that involve military-style rifles, because they think it will give them the political capital needed to get a majority of people to support further gun restrictions or outright gun confiscation.

It is a fact: Leftists want to end gun rights in the US regardless of the constitution. And, they are willing to punish ALL gun owners for the crimes of a handful of people. Again, this is not about justice, this is about control. Why do they want to take away gun rights if they don’t actually care about the deaths of the people involved in crime? We can only conclude that a well-armed population is a considerable obstacle to their agenda.

The media will now have to play a game of spin as the Colorado shooting case unfolds. They are already claiming that the suspect is not actually trans as if the suspect is faking as a means to avoid hate crime charges. If this is true, it would be a meaningless gesture as hate crime charges make no difference in the overall prosecution of multiple murders. Also, generally speaking, people who commit hate crimes would be loathed to identify as the thing they are supposed to hate.

The fact remains that you cannot separate the political left from the tragedy-whoring and crisis opportunism they employ. Without constant calamity, leftists serve no purpose and have no platform. They need a disaster to remain relevant, and they need panic as a tool for centralizing power. They need the populace to be constantly afraid, mostly of threats that do not exist and suspicions that are misplaced.

They will attempt to gaslight and claim that conservatives are somehow the same – But we are not. We are not afraid of what we think they might do, we stand in opposition to what they are ALREADY doing. We aren’t concerned about phantom enemies and imagined crises, we are concerned about the very real antagonists on our doorstep.

This is one of the many differences between leftists and conservatives: We’re not going to attack fellow Americans for things they have not done nor suspect people without evidence, we are only interested in stopping the trespasses that are happening right in front of our eyes. We aren’t going to be victimized while our attackers pretend to be victims and we aren’t going to pretend we don’t see agendas that are obvious. Most of all, to the best of our ability we rely on the truth to make our case while leftists rely on deceit and spin.

The fact is, there is a divide now between leftists and conservatives that can never be mended. We are so different in our goals and our principles it is as if we are two different species, and for now, only one side has acted consistently to destroy the other.