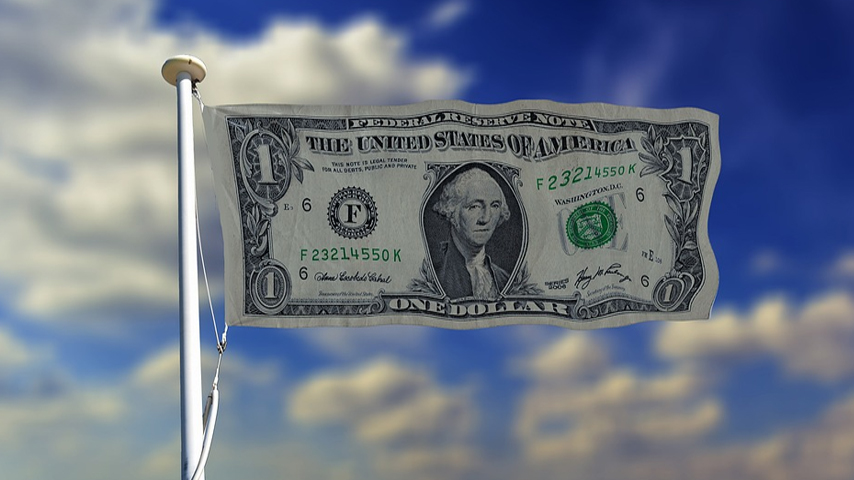 Authored by Patrick Barron via The Mises Institute,

In a recent essay, I explained how over time the US abused its responsibility to control the supply of dollars, the world’s premier reserve currency for settling international trade accounts among nations. This abrogation of its duties is leading to the likely adoption of a new reserve currency, commodity-based and controlled not by one nation but by members, all watchful that the currency is not inflated.

Let us continue the analogy of an individual receiving a “magic checkbook” which allows him to write as many checks for as much money as he desires. Receivers of these checks could only pass them along to others through the normal course of trade. Over time the owner of the magic checkbook becomes increasingly irresponsible. He funds all kinds of welfare and warfare initiatives.

Naturally, dollar reserves build to levels completely unnecessary for peaceful exchange. Prices start to rise at a faster and faster rate. Then a reform consortium assembles a team to offer an alternative currency. Why one may ask, is that such a problem for the dollar and dollar users?

The Weimar Republic: A Lesson in Supply and Demand

A successful alternative reserve currency would dilute demand to hold dollars. When demand for dollars drops, its price must drop unless and until its supply drops. (A drop in the dollar’s “price” is just another way of stating that its purchasing power falls—i.e., more dollars are required to buy the same goods and services.) Through irresponsible use of the magic checkbook, you have obligated yourself to funding a free-for-all of entitlements such as Social Security, Medicare, and the military-industrial complex being the largest by far. Politically, it may be almost impossible to cut any of these three categories of spending to the extent necessary to arrest the dollar’s drop in purchasing power.

The world has seen all this before, and not just in less developed nations like Zimbabwe. The US will find itself in the same trap as experienced by Germany’s Weimar Republic following World War I. The Reichsbank, Germany’s central bank, printed papiermarks to placate powerful constituencies within Germany. As the Reichsbank printed more money, the purchasing power of papiermarks dropped. And herein lay the trap. Rising prices led powerful constituencies to demand increases in pay and benefits. Industrial labor unions, government civil servants, welfare recipients, old age pensioners whose life savings were being decimated—all demanded more money. Strikes and violence became endemic. So, the Reichsbank printed more money … which, of course, simply led to higher prices and another round of payment increases … which led to even higher prices until the papiermark became worth more as wallpaper than money.

Why did the Weimar Republic government continue to increase payments, and why did the Reichsbank continue to print papiermarks? Many sophisticated answers have been advanced, such as that the government and the Reichsbank deliberately destroyed the papiermark in a roundabout plot to thwart the financial terms of the Versailles Treaty in which a defeated Germany was ordered to pay reparations to the Allied powers. But the simplest answer is that both believed that there was no other choice than to increase payments and print money in a crisis. It was felt that powerful constituencies must be placated in the short run.

But short-run tactics just made things worse. There was neither the political will nor the economic understanding of the need to end excessive spending and currency debasement and endure the pain thereby induced.

The US and the UK: A Lack of Political Will and Economic Understanding

I fear that the same is true today. In fact, the seeming lack of adverse consequences (all in the long term) and advantages of money printing in the short term have led to a knee-jerk response by the US Treasury and the Federal Reserve Bank to increase the money supply and lower interest rates in the face of any economic problem, even higher prices themselves. For example, just look to Britain. Its energy shortages have caused prices to rise. The government’s response has been to pledge payouts to households! That’s right. No pledge to dismantle barriers to increased energy production … just a pledge to increase the government’s deficit, which requires more money printing! As the saying goes, you can’t make this stuff up.

One thing is certain, however. What Britain can do, the US can and will do in spades. Hyperinflation is a real possibility. Remember, the Reichsbank in Weimar Republic Germany actually had to print physical money. The US Federal Reserve Bank need only click a few buttons on a computer. As prices rise, powerful groups demand more money. Police, firemen, road workers, etc. Demand that they do not suffer a lowering in their lifestyle. Since the government is spending someone else’s money, it accedes to these demands.

Back to our British example. The exchange value of the pound has been plummeting in currency markets, leading to serious consequences. The Bank of England was forced to raise interest rates and now government debt has become unaffordable. So, the Bank, as a handmaiden to the government, has applied the only politically permissible remedy that it knows: its computers’ money printer is forced into overdrive, just to keep up.

What Happens on the Ground

Where does the government get its money? State and local governments get money from state and local taxes. So captive property owners get increased tax bills to pay for maintaining public school teachers, police, etc. Social Security recipients must be compensated, of course, so payroll taxes are increased, which depresses business. American products become less competitive on the national and world market.

The price spirals continue to destroy all in their path until the dollar loses all purchasing power and society descends into chaos. And not one politician in a thousand understands what happened, or if he does understand, does not have the political will to do anything about it—i.e., reduce public spending, liquidate the Fed, and tie the dollar to our still significant gold reserves. It can be done.