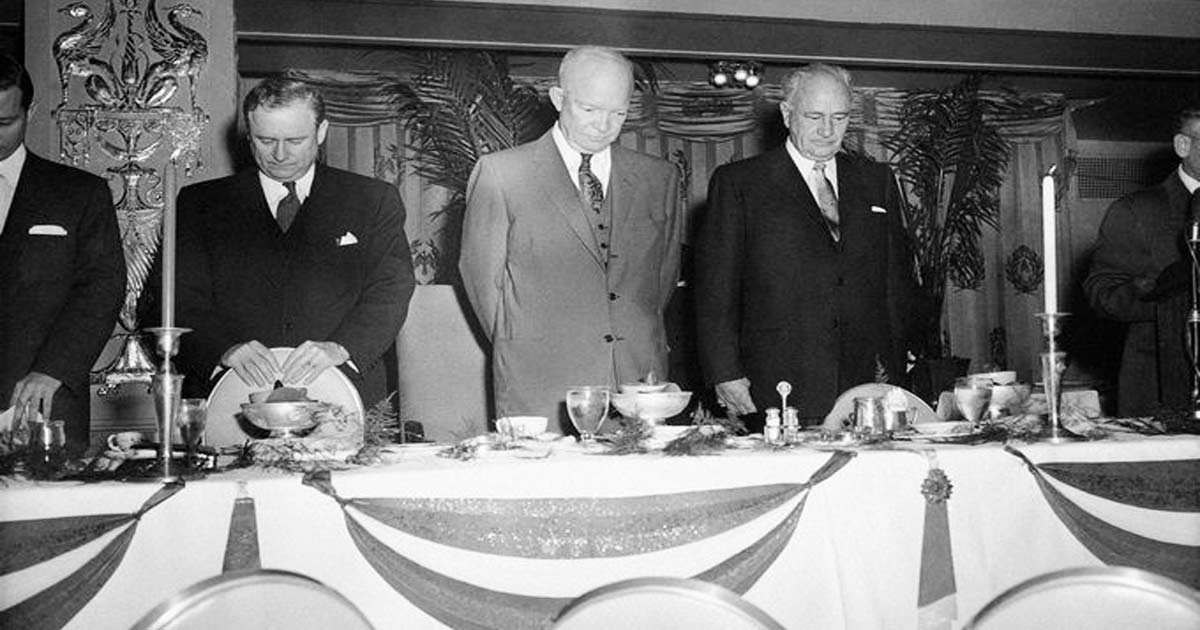 Eisenhower reluctantly agrees to come to first National Prayer Breakfast in 1953, envisioned by Vereide as annual ritual to consecrate the nation’s political leadership for Jesus. Attended by every president since, the breakfast will become the movement’s most potent recruiting tool, with foreign leaders invited for face time with US politicians and businessmen. Oil and defense especially well represented.

Recently the Jews at Netflix did an expose of “The Family” – the secret Christian fundamentalist conspiracy running the world. Do they counterbalance Jewish power? Not exactly. They take the heat off the Commie Jews who still resent the competition. But they’re part of the familiar Left-Right Illuminati (Masonic) dialectic. Their goal is the same: a neo-feudal world order where billionaire Satanists (many in Trump’s Cabinet) exploit starving, vaccinated, fluoridated sheeple. If these “Christian” Masons think they will have a seat at the Cabalist Jewish table, they may be in for a surprise.

Jesus said “Love God,” “Love Your Neighbor.” The Family, aka, The Fellowship was started by Methodist Minister Abram Vereide and was later run by Doug Coe with the purpose of setting up “cells”, small groups of power brokers in the US and abroad…

Doug Coe became Vereide’s “First Brother” and headed “The Family” until his death in 2017. He was mentored in bible memorization and delivery by 33 degree Luciferian Mason Billy Graham. He was called the “Stealth Billy Graham”. 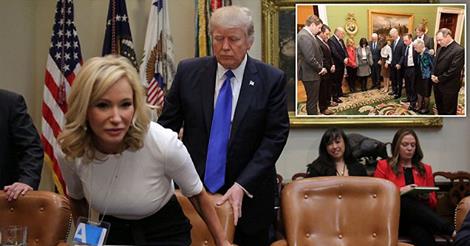 Doug Coe teaches “Normal rules don’t apply to the New Chosen Brothers of the Family.” The same Calvinist based doctrine can be found in 33 degree Mason Aleister Crowley’s “Thelema” doctrine “Do what thou wilt”.

“The Family” is self described as a “Christian Mafia immune from public scrutiny” which has the same meaning as MAFIA “Mazzini Authorizes Theft Fire and Poison”.

33 degree Mason, Jesuit, Witch, Vatican Revolutionary (Note the HBO Series “Young Pope” advocates the religion of “Revolution”) Guiseppe Mazzini started the MAFIA in America after the Civil War with Confederate 33 degree Mason, Hedonist Albert Pike whose statue stands at the foot of the US Justice Dept….

Doug Coe said: “I never invite people, they come to me and I do what Jesus did, I don’t turn my back on anyone, the bible is full of mass murderers.”

“Jesus is like Ho Chi Minh, Lenin or Bin Laden, men who change the world through strength of covenants forged with their Brothers.”

“Jesus teachings were like the Red Guard during the Chinese Cultural Revolution who would take their Mothers and Fathers, lay them on a table with a basket at one end, take an ax and chop their heads off to fill their covenant pledge.”

“Taking a Knee” is a Masonic Gesture of Deference