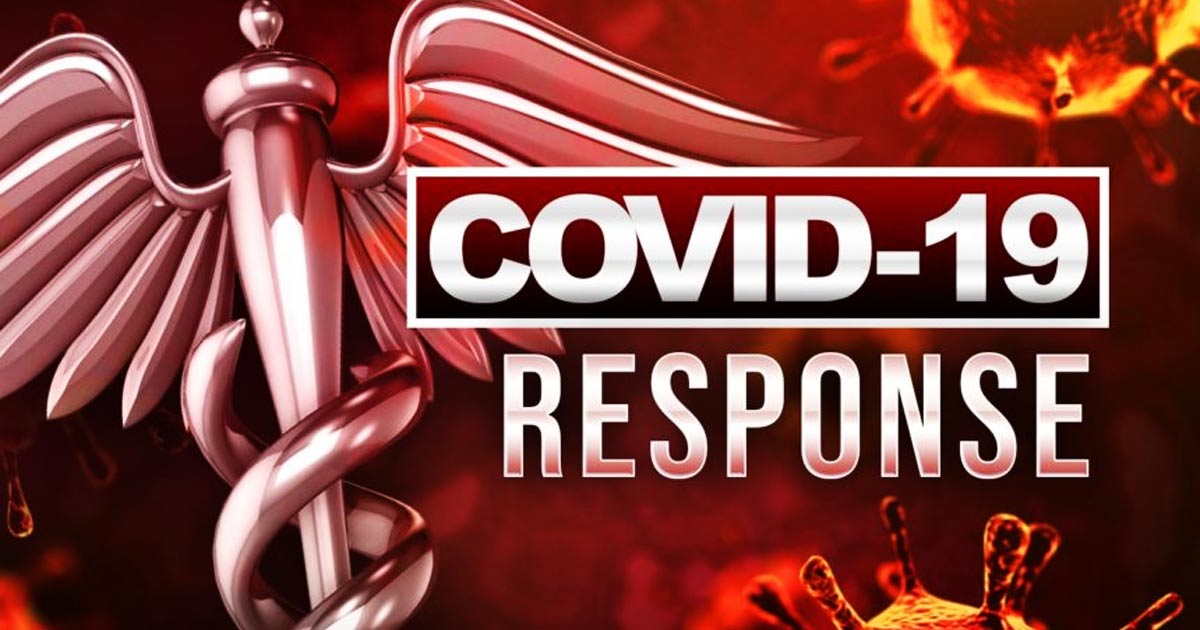 So who are the real terrorists today? They are those that seek to gain total power and control over all of us, and they are called the State. Politically speaking, the use of terrorism is a mighty weapon because it instills much fear into the hearts of man, and fear can drive the masses into panic and hiding, leaving the door open to tyranny. The ruling class fully understands this concept, and uses it as a psychological tool to control the people, and by doing so the terroristic state claims to be our protector and savior instead of our aggressor. Only a system controlled by psychopaths would use such a strategy.

Do not mistake anything about what is going on today, and do not underestimate the sinister aspect of this long planned and purposely-manufactured false pandemic. This is an act of terror that has been created for the purpose of spreading fear in order to gain more power and complete control over the world population. This is not only state sponsored terrorism, but is an active terroristic plot being accomplished by the state itself. The difference this time is that it is not cloaked in mystery or secrecy, there is no threat of bombs, and no group is claiming responsibility for this attack on humanity. It is terror by stealth alone, as this new claimed killer of the innocent is said to be a virus that has never even been properly or scientifically isolated or identified. No shot had to be fired in order to panic the masses, and all that was needed was a lie that could be easily sold to a population of pathetic brainwashed sheep awaiting their own slaughter.

This kind of terror relies completely on propaganda, and that propaganda must be constant and unrelenting so that the lower classes do not have any inclination or time for anything except concentrating on the illusion at hand. This strategy of the purveyors of terror is a clever scheme not because it is based on brilliance, but because it is based on the accepted destruction of the intellect of the herd. Once that has been accomplished, and it has been accomplished, the plan is easier to put into place. Confusion and fear are all that are necessary in order to complete the scheme.

Recent headlines from a controlled and complicit mainstream media exposes the extent of the constant and overwhelming propaganda coming from the news outlets. The airwaves are inundated with terrifying headlines all day every day in this nightmare plot called “coronavirus.’ This constant barrage of doomsday reporting is meant to inundate the minds of the common people to the point of saturation. That is the essence of successful propaganda, and this tactic is being used masterfully to achieve herd compliance to government orders that are meant to bring about total obedience to the state in order to advance mass behavioral modification.

The breakdown of the tactics being used by the state to gain adherence to its claimed authority are based on China as the model. By following this blueprint for control, the world, including the U.S., is becoming China. This is no accident, and was planned from the beginning. What happens in China will also happen here, so all those that criticize the draconian Chinese response to this hoax should understand that the U.S. is mirroring that response, as many aspects of total lockdown, surveillance, tracking, masks, economic destruction, and social distancing have already happened here and around the world after China initiated those policies. The U.S. government is playing both sides of this game, first by blaming China for the virus without any supportive evidence, ridiculing their response techniques, and threatening them, while at the same time implementing the same strategy. This is completely hypocritical of course, but that is all part of the designed disinformation campaign. First condemn, then commend, and then copy.

Compared to just a few months ago, this country and most of the world have become unrecognizable. Human society as we have known it, has been decimated and altered beyond recognition. Beauty and pleasure, and all frivolity in life, including the essence of the human spirit, have been mostly eliminated in favor of isolation, masking, and distancing. What is left is a cold and dark landscape that is mostly devoid of joy. The precious nature of life and love, the taste of exquisite flavors, the freedom to explore, to travel, to play, to listen to live music, and to connect with people and cultures has all but disappeared. The terror inflicted on us all by the ruling class and the government has cut deeply into our souls. It is an abomination.

During this terrorist attack on the masses by the use of a propagandized ‘virus’ scheme, the rich continue to get richer, while all the rest of humanity suffers. Wealth transfers at this level have never occurred, and with any continuation of this insanity, poverty will become universal in nature. This will necessarily finish off the middle class once and for all, leaving the very few privileged at the top, and all others at the bottom of the heap. That is the system desired, as any society that sinks into the abysmal state of rulers and serfs is bound to favor those claiming elite status. Once most of society becomes fully dependent due to the destruction of their lives and work, subordination to authority becomes commonplace, and the doling out of morsels by the state will be viewed as a benevolent act, when in fact it will only be used as a control measure.

The next major phase of this terror plot will be the rollout of a new Covid vaccine and vaccination mandates worldwide. None will be certain of the total makeup of these vaccines, as what may actually be in it could be hidden and deadly. There will certainly be multiple virus strains, there will be harmful adjuvants that could include mercury and aluminum, among many others, and there will most likely be unknown ingredients as well. With today’s technology, the list of possible components is endless, and many could be gene altering. DNA and RNA vaccines can allow for genetic engineering, although the mainstream will go to great lengths to deny this possibility. Tracking technology could also be implanted, as well as other invasive elements such as foreign nano-particles and RFID chips. This is not a claim that this has happened, but is a warning that it could happen. The technology is available. It is imperative to keep in mind that the U.S. government is in bed with the Gates Foundation, the CDC, the WHO, and many criminal pharmaceutical companies. Government contracts for Covid vaccine production, government/pharmaceutical partnerships, additional government funding, and delivery partnerships expose the fascist nature of these projects. The banking and corporate powerful and the government are the drivers of this fake pandemic, and are also working together to vaccinate the world. Be very aware of the dangerous nature of such a nefarious consolidation between these corrupt entities that are bound to have ulterior motives that will be deadly.

We are heading into even more dangerous waters as this state terror continues. Hiding behind a mask will not protect you from what is to come.

“There will be, in the next generation or so, a pharmacological method of making people love their servitude, and producing dictatorship without tears, so to speak, producing a kind of painless concentration camp for entire societies, so that people will in fact have their liberties taken away from them, but will rather enjoy it.”

Feasibility of aerosol vaccination in humans