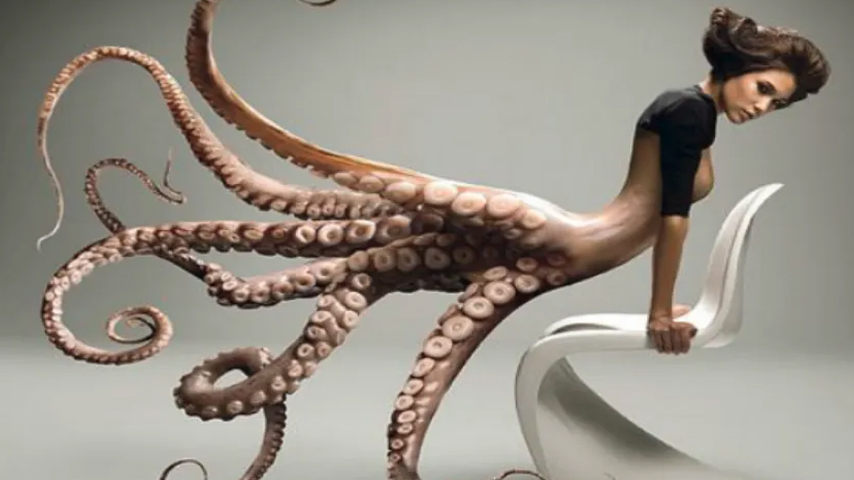 Be afraid. Be very afraid.

“A new Covid strain nicknamed ‘the Kraken’ is sparking concern around the world.” – Daily Mail

The slave class is expected to tremble with fear, put their face diapers on, and of course stay updated with the bioweapon injections.

“ … everyone should make sure all their vaccinations are up to date, including the latest bivalent vaccine. In addition, people should stay home when they are sick. Dr. Brian Conway, medical director of the Vancouver Infectious Diseases Centre, told Global News Monday that this subvariant is spreading quickly in the eastern United States and Asia, and will likely become the dominant variant in Canada soon.” – Global news

A hell of a variant’: Ultra fast-spreading strain could shake Israel’s COVID calm. – The Times of Israel

The diabolical PSYOP and satanic mockery must go on. Nothing in this scripted satanic show is by accident.

Did you know that the word ‘COVID’ spelled backward means ‘demonic possession’?

In Hebrew, the word Divoc means “possession of an evil spirit.” It’s believed that the name is derived from the word ‘dybbuk’. A dybbuk is the soul of a deceased person or an evil one. They are said to posses a poor-evolved creature. This term has an interesting origin in the bible. The term is an English adaptation of a Hebrew term that means ‘possession’. – jewish.shop

The variant’s names also carry deep occult meanings and symbolize the worship of Lucifer and the gods of old –  principalities, powers, the rulers of the darkness of this world. (Ephesians 6:12)

The name ‘Kraken’ is not an exception…

The symbolism behind the Illuminati Octopus..from James Bond Movies to the Rothchilds!

2 Thessalonians 2:7
For the secret power of lawlessness is already at work; but the one who now holds it back will continue to do so till he is taken out of the way.

Notice the Red and Black Symbolic Colors of Satanic Control

And the great dragon was cast out, that old serpent, called the Devil, and Satan, which deceiveth the whole world: he was cast out into the earth, and his angels were cast out with him. – Revelation 12:9-12

“No one will enter the New World Order unless he or she will make a pledge to worship Lucifer. (David Spangler, Director of Planetary Initiative, United Nations)

The “Global Public-Private Partnership” That Now Controls the World