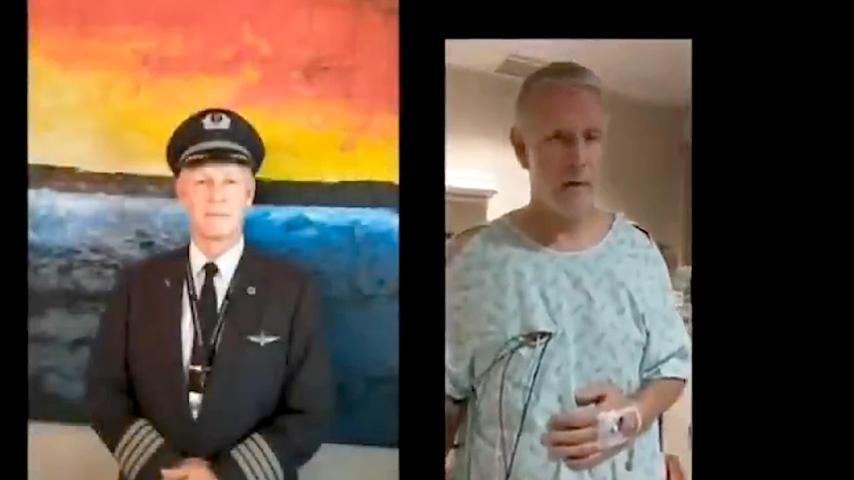 Six minutes after landing his plane, Captain Snow collapsed due to cardiac arrest. Snow had been forced by Americans to receive the exp. injection in November or lose his job

World-renowned cardiac specialist Dr. Peter McCullough, M.D., as well as other Global Covid Summit Doctors, have been alerted and are coming forward to discuss the ramifications of pilots flying post-injection of non-FDA-approved products.

Tip of the Spear Steve Kirsch is once again doing the journalistic work that our heretofore declining heroes of Truth Telling are snoozing through, hoping that it will all go away.

Per Josh Yoder of US Freedom Flyers, the FAA, airlines, and the unions are reluctant to take safety precautions to stave off injection injured pilot catastrophe, as that would be an admittance that they, like everyone else, were derelict in their duties.

Turns out that when you push a lot of people to undergo unsafe experimental medical procedures before they don the cap and fly the friendly skies that you are rolling the dice some disastrous results may be in your near future.

Thus the airlines and the FAA are basically doing what everyone who fell for this giant scam are doing…pretending that there is nothing to see here.

The airlines and the FAA are trying to avoid liability.

If passengers actually knew what is going on with the airlines and the FAA…they would be livid.

Steve suggests that the airlines are basically just ignoring the potential risks.

It’s actually worse than ignoring it, Steve. They’re covering it up.

Six minutes after landing the plane, Captain Snow collapsed due to cardiac arrest.

Snow was rescued by a nurse and a naval corpsman who performed CPR; he was then quickly transferred to Baylor Scott and White Hospital. He has no recollection of the event.

Per Yoder, the hospital is ten minutes from American Airlines HQ, and yet not a single person from the airline or the union came to see Snow.

In the following video, the 31-year flight veteran explains from his hospital ICU room, how he was mandated by American to receive the exp. injection.

Snow is angry. And you should be as well.

On Nov. 7, I was mandated to receive a vaccine. Quite literally, I was told that if I did not receive the vaccination, I would be fired…Under duress, I received the vaccine.

This…(pulls up hospital smock)… is what the vaccine has done for me.