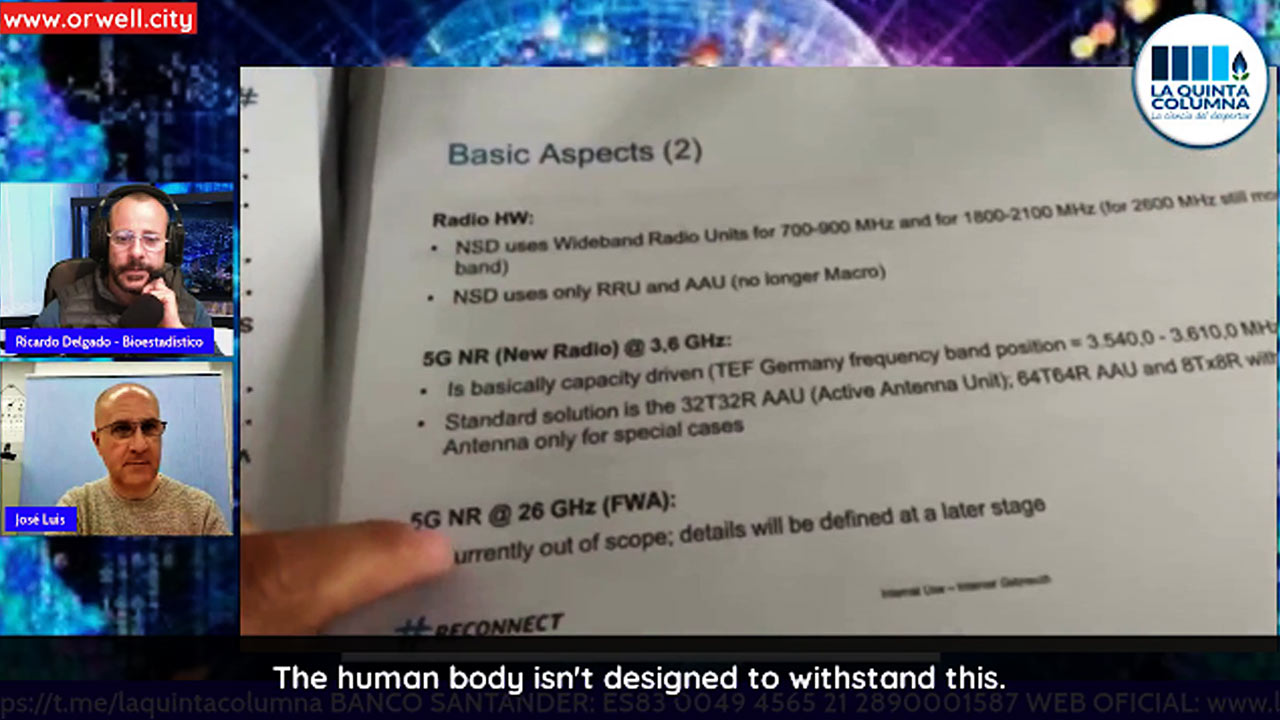 Telefónica (ISP) whistleblower warns that the bandwidth in the 5G spectrum will rise from 3.6 GHz to 26 GHz and that “the human body isn’t designed to withstand it.”

It’s confirmed by different official sources that this change will take place in different countries around the world starting next year. This means, according to the COVID-19 environmental theory put forward by Dr. José Luis Sevillano and microbiologist Bartomeu Payeras, that there will be more cases of acute radiation syndrome, and much more severe than we see now.

Ricardo Delgado: La Moncloa, “Approval of the new national table of radio spectrum frequency allocation. The measure updates the technical conditions for the use of the 26 GHz band.”

“One of the priority bands for 5G technology, whose tender is one of the measures included in the Recovery, Transformation, and Resilience Plan.”

That’s how they call it. Why do the governments of the world, especially the globalist ones, have the 5G technology implementation on their agendas? They even have tax breaks for phone and media companies. Why is that? You already know why. Because it’s part of their roadmap in Agenda 2030.

Okay. I’m going to paste this news on the La Quinta Columna’s Telegram channel. And we’re going to couple it with some confidential information that has been shared with us. We have distorted the voice of a Telefónica worker. We’re going to share it.

Telefónica whistleblower: whis This isn’t supposed to be shown to anyone, okay? Look, this is supposed to be confidential. This is… Let’s see… Let’s go to the interesting page. All right. Look, we’re here, at this stage. See? We’re at 3.6 GHz. See? 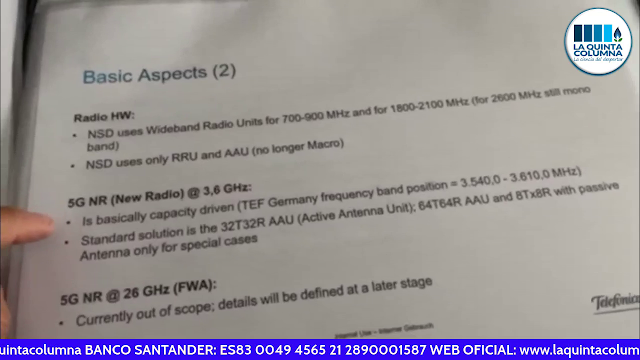 This is only emitted by the antennas located on the nursing homes buildings and some antennas that go out to the roads in the towns, okay? Where, well…

Ricardo Delgado: The person said that they’re on some of the buildings of the old people’s homes, right? Remember that this is very important because, in nursing homes, you know, eight out of ten antennas are installed. This has been said and corroborated by the antenna operators themselves and the Municipal Legislation. They’re placed in the vicinity of nursing or old-age homes. Why? Strange, isn’t it?

Where was the target population of people who fell especially in the first and only, so far, major wave? In nursing homes, right? And this was before influenza vaccination. We have already analyzed the flu vaccine, which like this one, contains this radio-modulable toxin with the frequency emitted by these antennas. A quite big conspiracy, isn’t it? But possible.

Telefónica whistleblower: Coincidentally, many people are going off the road and having accidents. And well, that’s another story. But I’m not really going to go into that because what I’m going to tell you is what pertains to my area. This is coming in the future. You see? 26 GHz. See? That’s more than 5 times this. The human body isn’t designed to withstand this. And this is coming. This is coming. 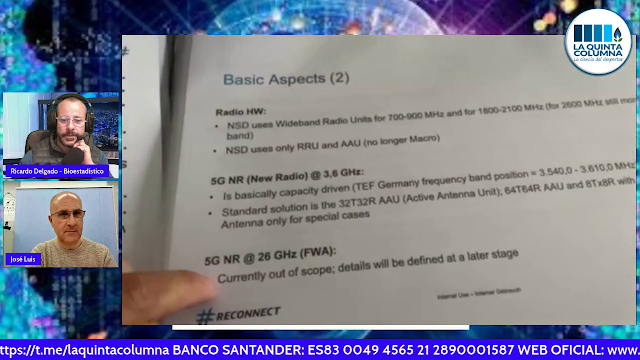 Ricardo Delgado: Well, I don’t know if you guys heard it right. “The human body is not designed to withstand this.” And that’s coming. That’s the next variant after Omicron, which was more contagious but was no more lethal.