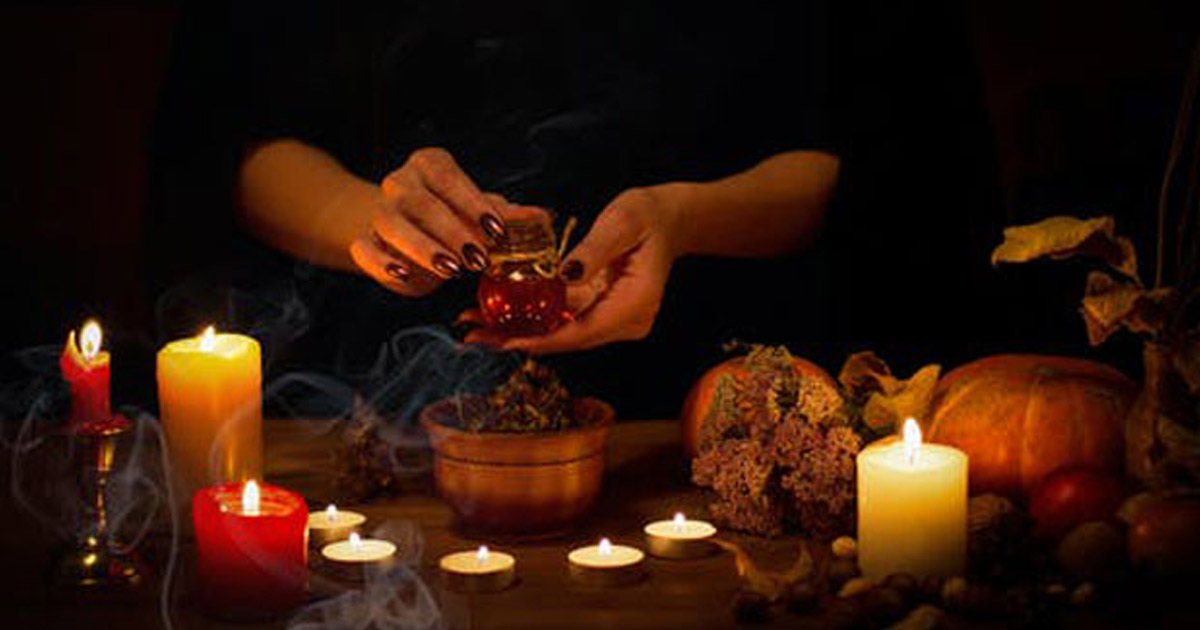 Teen Vogue, which is targeted at children as young as 12 years old, has published an article explaining to its readers how to use menstrual blood for witchcraft.

The article, titled “Menstrual Blood Magic: 3 Spells For Your Period,” is the magazine’s latest installment of their “practical magic” witchcraft series.

“We’ve all seen how that stigma is spread, from tampon commercials showing women discreetly discussing their periods to the way we hide our own menstruation when it’s our ‘time of the month.’”

“Rather than play into this patriarchal shame, witches and other masters of magic believe menstruation is a gift from nature.”

Stardust then explains how periods are magic, especially during the full moon.

Teen Vogue even adds a disclaimer, probably intended for its younger readers, that the moon does not actually affect your period.

The writer then lists “some ways to use menstrual blood to create your own personal magic.”

“Menstrual blood can be used in spells to ward off evil and protect us if used properly,” the author wrote.

In witchcraft, one’s menstrual cycle is considered to be an extremely powerful time 💫 https://t.co/RUfn0M2FIq

“Collect any pieces of broken glass, tacks, nails, screws, or anything else you’ve collected from your journeys that could injure you in a mason jar with your menstrual blood (or a used tampon), Blue advised. Seal it tight and bury it near your home for protection from others,” the article states.

She then quotes “Tarot reader, color magic practitioner, and curator Sarah Potter” with another spell.

“Collect your menstrual blood and add a few drops to a small cup of water to use as ink to write a list of people or situations you wish to release from your life.”

“When your list is completed, set it on fire and picture all of that negativity leaving your energetic field,” Potter said.

“Afterwards, take a cleansing bath or shower and again picture the negative energy being whisked away from you and washing down the drain.”

The magazine for young teens has in the past pushed boundaries of extremist politics, sexual degeneracy to minors, and even secret abortions.

In 2019, Teen Vogue published an article advising minors on how to get abortions without their parent’s knowledge or consent.

Contributor Nora Willis Aronowitz addressed the question of a pregnant 16-year-old asking how to obtain an abortion without alerting her parents, who she described as being against abortion.

Aronowitz, whose first column instructed minors on how to take and distribute naked selfies, a felony in several states, assured the teen there was nothing to worry about and decried the current pro-life laws passed in recent days, adding: