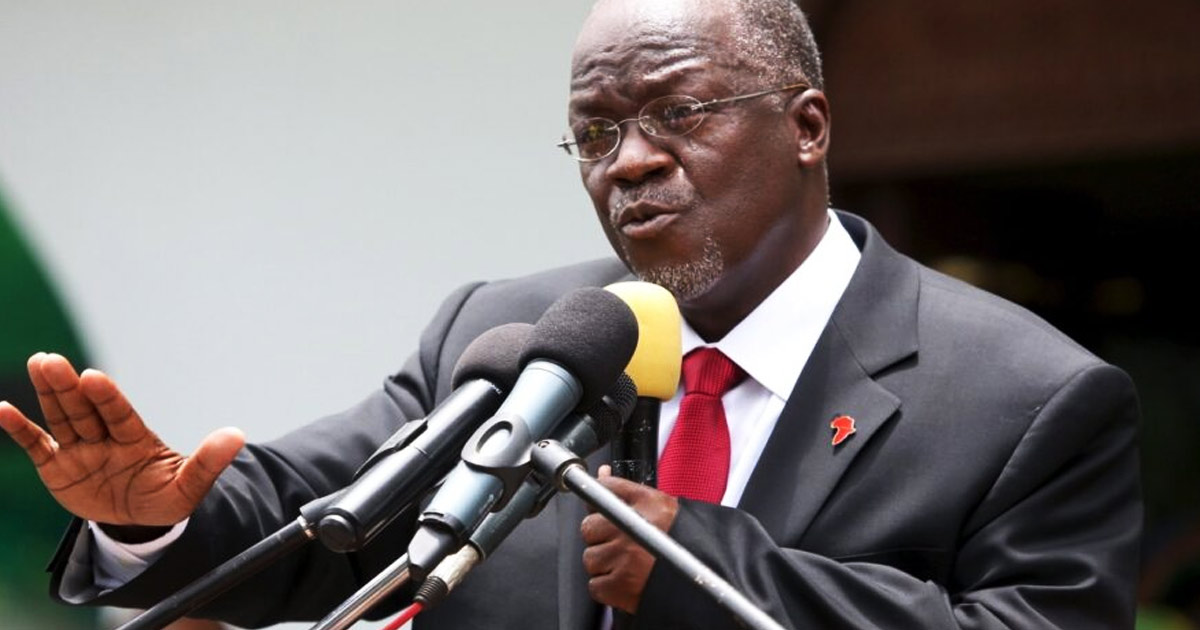 It is being reported today that Tanzania’s president, John Magufuli, has died after being missing for more than two weeks.

The President’s death was announced today by the country’s vice-president Samia Suluhu, who said the president died of heart failure. He was 61.

About two weeks ago Health Impact News published an article that was written by Rishma Parpia of The Vaccine Reaction reporting that both President John Magufuli, and his health minister, Dorothy Gwajima, had announced that their country has no plans in place to recommend widespread use of COVID-19 vaccines in the African country.

On Feb 2, 2021, Tanzania’s health minister, Dorothy Gwajima, announced that her country has no plans in place to recommend the widespread use of COVID-19 vaccines in the African country.

The announcement came a few days after Tanzania’s President John Magufuli expressed concern about the safety and effectiveness of COVID-19 vaccines developed and manufactured in Western countries.

President Magufuli said that the health ministry will only accept COVID-19 vaccines after Tanzania’s experts have examined and certified them. Health Minister Dorothy Gwajima explained,

“We are not yet satisfied that those vaccines have been clinically proven safe.”

President Magufuli reiterated that he will not allow Tanzanians to be used as guinea pigs in COVID-19 vaccine trials conducted by vaccine manufacturers.

He warned that COVID-19 vaccines could be harmful and has been urging Tanzanians to stop living in fear and adopt common-sense disease control measures and lead a healthy lifestyle.

“We must improve our personal hygiene, wash hands with running water and soap, use handkerchiefs, herbal steam, exercise, eat nutritious food, drink plenty of water, and [use] natural remedies that our nation is endowed with.”

Almost immediately after this article was published, President Magufuli disappeared from public life.

JOHN MAGUFULI, PRESIDENT OF TANZANIA, HAS DISAPPEARED. HE’S NOT BEEN SEEN IN PUBLIC FOR SEVERAL WEEKS, AND SPECULATION IS BUILDING AS TO WHERE HE MIGHT BE.

The opposition has, at various times, accused the President of being hospitalized with “Covid19”, either in Kenya or India, although there remains no evidence this is the case.

To add some context, John Magufuli is one of the “Covid denier” heads of state from Africa.

He famously had his office submit five unlabeled samples for testing – goat, motor oil, papaya, quail, and jackfruit – and when four came back positive and one “inconclusive”, he banned the testing kits and called for an investigation into their origin and manufacture.

In the past, he has also questioned the safety and efficacy of the supposed “covid vaccines”, and has not permitted their use in Tanzania.

In the Western press, Magufuli has been portrayed as “anti-science” and “populist”, but it is not fair to suggest that the health of the people of Tanzania is a low priority for the President. In fact, it’s quite the opposite.

After winning his first election in 2015 he slashed government salaries (including his own) in order to increase funding for hospitals and buying AIDs medication.

In 2015 he canceled the Independence Day celebrations and used the money to launch an anti-Cholera campaign. Healthcare has been one of his administration’s top priorities, and Tanzanian life expectancy has increased every year while he has been in office.

The negative coverage of President Magufuli is a very recent phenomenon. Early in his Presidency he even received glowing write-ups from the Western press and Soros-backed think tanks, praising his reforms and calling him an “example” to other African nations.

All that changed when he spoke out about Covid being a hoax.

If we are about to see the sudden death and/or replacement of the President of Tanzania, he will not be the first African head of state to suffer such a fate in the age of Covid.

Last summer Pierre Nkurunziza, the President of Burundi, refused to play along with Covid and instructed the WHO delegation to leave his country… before dying suddenly of a “heart attack” or “suspected Covid19”.

His successor immediately reversed every single one of his Covid policies, including inviting the WHO back to the country.

That was our first Covid coup, and it looks like Tanzania could well be next.

Kit Knightly is looking more and more like a modern-day prophet. Read his full article here.

President Magufuli could hardly be “anti-science.” He had master’s and doctorate degrees in chemistry from The University of Dar es Salaam. In 2019 he was awarded an honorary doctorate by the University of Dodoma for improving the economy of the country.

I would expect that the incoming new administration will be quick to accept western COVID experimental “vaccines” now, similar to what happened in Burundi.